You are here: Home › Flu Watch › 10 Remedies Homeopaths Use to Treat Flu-like Symptoms 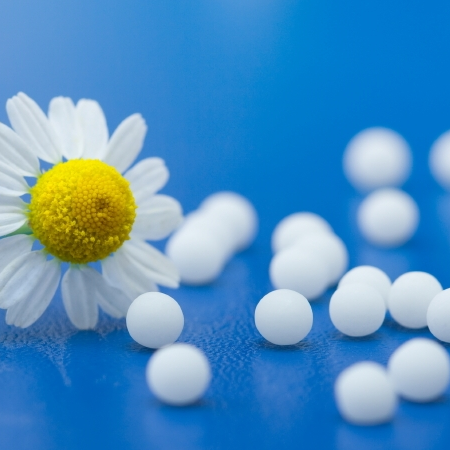 Aconite is a remedy most often needed during the very first stage of flu. Symptoms come on quickly, often alarmingly and the person is unusually restless and anxious. Symptoms may start after exposure to dry, cold wind. Shivering and cold waves can pass through the body with thefever. The face may be flushed with constricted pupils.

This remedy is prepared from the livers of migrating geese (which are often carriers for flu viruses). Research has shown that the remedy is helpful in the first 24 to 48 hours for younger age groups but less helpful after this time, or for older people. Research has also shown that it is not an effective prophylactic (preventative).

The symptoms of an Arsenicum flu consist of marked restlessness and anxiety, hot face and cold body. The restlessness can lead to exhaustion and collapse. Vomiting and diarrhoea may also be present, withing chills and rigor follow the fever. The patient will be thirsty for small sips of water and want constant company. They may fear they will die.

A Belladonna type of flu usually starts suddenly, often frighteningly. The face will be hot, the skin red, the eyes glazed, and the pupils possibly dilated. The patient may complain of a throbbing headache and feel worse for motion and jarring, or for being bumped. The fever can be worryingly high but with little or no thirst. Hands and feet are icy cold even though the body is hot. There may also be delirium with the fever. All senses are over-sensitive so the patient feels worse for light, being touched, and noise. Symptoms worse at 3pm.

Bryonia flus are gradual rather than sudden in onset and progress slowly. The patient is irritable, and prefers to be left alone. All symptoms, such as severely aching muscles or joints, are worse for movement and better for rest and being still. The patient will be very thirsty for large, infrequent gulps of water. They also have dry skin, a coated tongue, cracked lips, or a left-sided headache. During the delirium of the fever, they may particularly ask to go home even though already there.

Influenza with a very high fever and severe aching in the muscles and the bones. The patient feels as if their bones are breaking or broken. They will be chilly, sometimes with rigors (shaking) and may desire cold drinks even though they will be chilled by them. They can be thirsty just before the chill and have a severe headache as the fever peaks. Symptoms worse between 7 to 9am.

Gelsemium (Gels.) And the

Gelsemium is one of the most commonly needed flu remedies. Symptoms develop gradually. The patient feels heavy, weak, lethargic, and dull. The weakness is accompanied by trembling.

Limbs ache and shivers may run up and down the spine. They usually have a heavy headache that starts in the back of the head and radiates to the forehead. The headache may be relieved by passing urine. Eyelids will droop and there will be weakness and heaviness of the head and limbs.

The person needing Nux vomica for their flu will be sensitive, irritable, and snappy. They will be extremely sensitive to draughts and the cold – even the slightest motion of air as they move under the bed-covers will cause shaking. They will be easily irritated and bothered by light and noise. Insomnia can be a problem and symptoms are worse in the morning.

Flus with rapidly changing high fevers. Marked restlessness during the fever The patient will complain of an aching body and that the bed feels too hard. They can have a high pulse with a low temperature or a high temperature was a low pulse.

The Rhus-t flu consist of restlessness and aching limbs in which the patient must move almost constantly to ease pain, even when trying to sleep. The joints can feel stiff. The flu may be triggered by, or worsened by cold and damp. The fever is often preceded by a prolonged chilly stage and can be accompanied by fever blisters or cold sores on or around the lips.

History: The Homeopathic Treatment and Prevention of Cholera (Part B)

[…] The Rhus-t flu consist of restlessness and aching limbs in which the patientmust move almost constantly to ease pain, even when trying to sleep. The joints can feel stiff. The flu may be triggered by, or worsened by cold and damp. The fever is often preceded by a prolonged chilly stage and can be accompanied by fever blisters or cold sores on or around thelips.     Sources:  https://homeopathyplus.com/10-homeopathic-remedies-that-treat-flu-like-symptom/ […]