You are here: Home › Your Story › Alzheimers and Stroke Helped 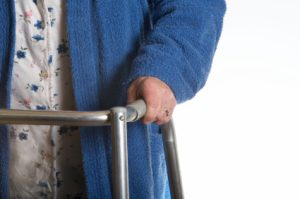 Some years ago, an elderly woman arrived in my area to spend time with one of her daughters.

She was 84 at the time and had been diagnosed with Alzheimer’s disease one or two years prior.

When she arrived she spent most days curled in the fetal position and not getting out of bed. She couldn’t recognize her children (she had 4) or any of her grandchildren.

She did have a head injury a year prior to diagnosis where she had fallen and hit her head hard enough that it bled.

I prescribed her Natrum sulphuricum (Nat-s.) based on her symptoms as follows:

Natrum sulphuricum is also a well-known remedy for treating short and long-term symptoms that arise from head injuries.

After the first dose of the remedy she had a euphoric response. She just sat on the couch laughing and laughing but couldn’t tell her daughter what was so funny. The next day she got out of bed and had a good day. From then on, with ongoing doses of her remedy, she just kept improving.

Within a month she was back to her normal self. She knew everyone by name, even her grandchildren and great-grandchildren, was very active and going out and about every day on walks. She started doing the daily crossword puzzles again!

When she eventually went back home to the other half of her family for the summer months, everyone said, “it was a miracle.” She was doing better than she had in years.

Unfortunately family members, not being familiar with homeopathy, stopped giving her remedy and that fall (autumn), she had a stroke.

After a lengthy period in therapy, she was eventually discharged with slurred speech, and no use of one arm, in a wheelchair. They said she was rehabilitated as much as was possible and that in their experience, “no one ever recovers more than that.” She also could not drink liquids because she would choke.

She was recommenced on Natrum sulphuricum again and then, with changing symptoms, Baryta Carbonicum (Bar-c.). Within 3 months she was walking with a walker, had full use of her arm, and her speech was almost back to normal. She still needed thickened liquids. Treatment continued.

I am now pleased to report that today at 87, she walks without a walker and can drink liquids again without choking. She no longer needs a remedy.

Note: Erica is not currently in practice as a homeopath but you can read another encouraging story by Erica of how she used homeopathy with other interventions to recover her son from autism. Visit http://www.recoveredfromautism.com/