You are here: Home › Library › Are Bach Flowers Homeopathic? 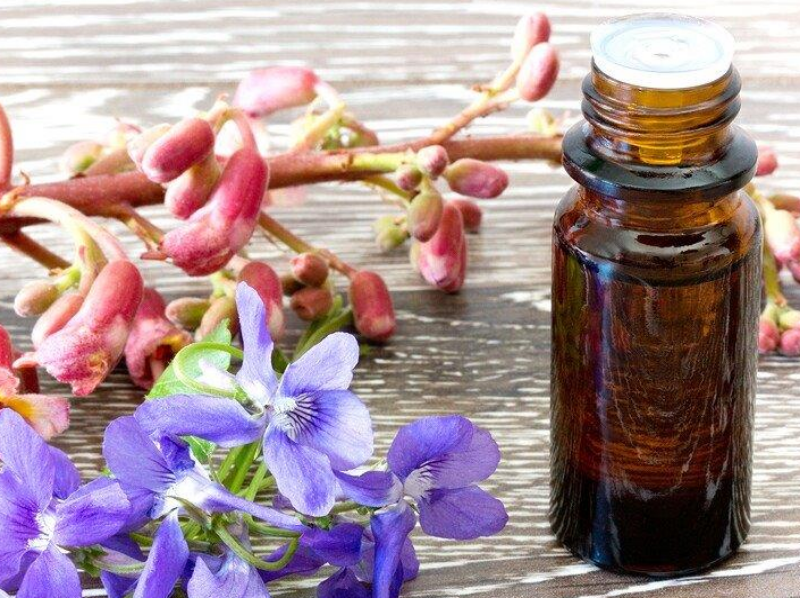 People sometimes wonder if Bach flowers and homeopathy are similar. The answer is both yes and no. To understand the two systems a little better, this article will discuss the following:

Like homeopathy, Bach flower remedies use drop doses, are virtually tasteless, rely on the ‘essence’ of plants for their gentle healing effects, ease mental-emotional difficulties, and do this without harmful side-effects.

But there are differences. While Bach flowers hope to treat physical problems by relieving the mental-emotional symptoms that surround and perhaps cause them, homeopathy aims for a deeper level to treat both at the same time.

Homeopathy bases its treatments on a specific principle – ‘like treats like’, also known as the Law of Similars.

In contrast, the principle that underpins Bach flowers is still unknown and the way they create changes in mood and emotions, unclear.

While the beneficial effect of Bach flowers may come from the homeopathic ‘like treats like’ effect, or from gently form of palliation or symptom suppression, without a true proving there is no way of knowing exactly what underpins the beneficial effects reported by users.

Who was Dr Edward Bach?

As a young man he seriously considered entering the ministry. Fortunately for Bach flower users, he decided on a career in medicine instead.

Bach commenced his training at the University College Hospital and while there, held the positions of Casualty Medical Officer and House Surgeon.

He also worked at the National Temperance Hospital and practiced from rooms at prestigious Harley Street.

In 1919, Bach commenced work at the London Homoeopathic Hospital where he was highly influenced by homeopathy and the teachings of its founder, Samuel Hahnemann.

During this period he also worked on vaccines and was jointly responsible for the development of a group of remedies prepared from bowel bacteria, called the bowel nosodes. These nosodes are still in use today.

In 1930, dissatisfied with medicine’s focus on the disease rather than the patient, Bach left a successful medical practice to explore a more humane way of treatment.

Over the course of several years he perfected his natural system of medicine that relied on 38 different flower essences from plants and trees of the surrounding countryside. These came to be known as the Bach flower remedies.

The 38 Bach Flowers: Discovery and Development

From Bach’s experiences in medical practice he had come to the conclusion that most physical illness was caused by negative emotions, and that if these unbalanced emotions were corrected, physical health would return.

Along with being a researcher, Bach was also a highly sensitive and naturally intuitive individual. He found that by holding his hand over certain plants his own negative emotions would resolve.

After identifying which plants resolved which emotions he began to prepare them as remedies.

Originally, he would collect the dew off petals and mixed them with an equal amount of alcohol to make the tincture.

He soon found it was impossible to collect enough to treat his patients this way so he progressed to suspending the flowers in jars of spring water and leaving them in the sunlight for several hours.

For woodier plants, buds and sprigs were boiled in water to collect their essence.

All three of these approaches produced a mother tincture that was then be further diluted to make the Bach flower remedy.

While his death was early and untimely it must be kept in mind that nineteen years earlier he had been given only 3 months to live.

Bach attributed in his prolonged survival in part to the Bach flowers with which he worked.

Fortunately for us, his collection of remedies was complete at the time of his death and they are now known and used around the world.

How are Bach Flower Remedies Taken?

Bach flower remedies are easy to prepare and easy to use. 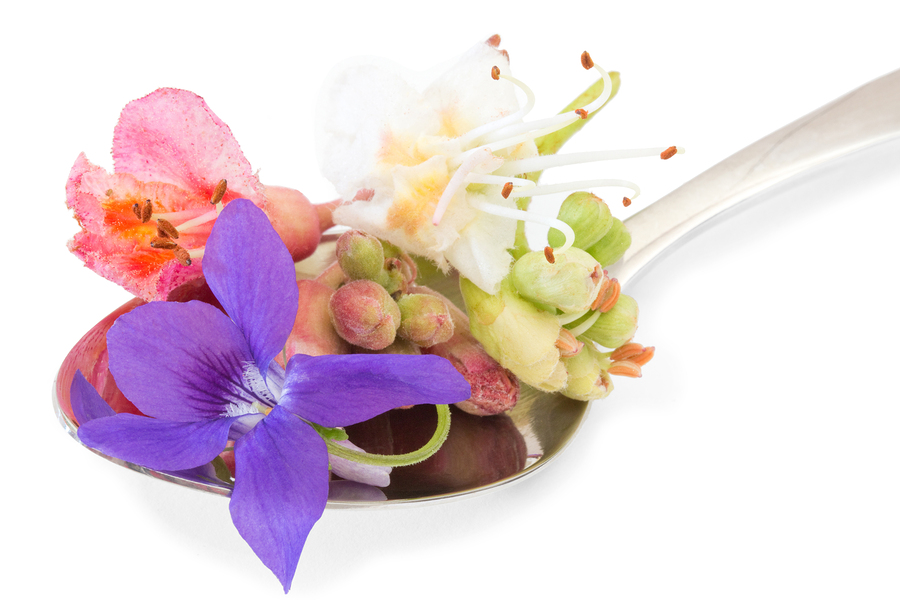 the drops are diluted further in a cup or bottle of water.

The resulting liquid is almost tasteless though the stock bottles do contain alcohol which acts as a preservative for contents of the bottles.

Bach flowers can be taken as individual remedies or in combinations or blends. For a printable pdf list of the Bach Flower remedies and the emotions they treat, please click here.

Bach flower remedies doses may be placed directly into the mouth or added to food and drinks.

They are non-addictive, will not interact with other medications, and don’t cause toxic side-effects.

They can be safely used by humans, animals and even plants.

The 38 Bach flower essences treat a variety of mental-emotional states, for example, Scleranthus for indecision, Olive for mental exhaustion, Beech for intolerance and critical mindsets, Holly for extreme jealousy, and Larch for feelings of inferiority.

Of all the Bach flower remedies, Rescue Remedy is perhaps the best known. It is a combination of five Bach flowers traditionally used during emergency situations or times of stress such as the anticipation of an upcoming exam, a job interview, after an accident, or during a panic attack.

A complete list of the Bach Flower remedies, and the emotions they match can be found in a printable pdf here.

To order an inexpensive blend of Bach flowers that best suits your mental emotional state, please visit the Homeopathy Plus! online shop here.

Can Plastic Make You Sick?