You are here: Home › Your Story › Homeopathy: The Early Days 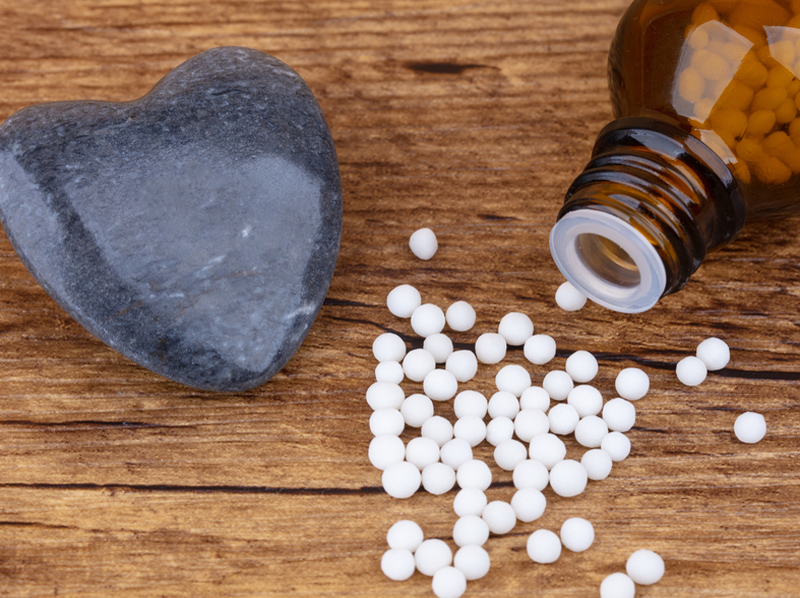 I have a confession to make: once, I didn’t think highly of homoeopathy. It seemed quaint, old-fashioned and if at all useful, only for the most minor of complaints. But that was before I had used it.

My first experience with homeopathy was prior the birth of my son. I had a ‘minor problem of pregnancy’ that my regular doctor hadn’t been able to do anything about. At my husbands insistence I reluctantly agreed to see a homoeopath. I was sceptical, but also remember being intrigued by what took place – the consultation, the questions, the ‘remedy’, and the way it had to be taken. It was different to what I was used to, but the remedy seemed to work.

Several years and quite a few visits later I decided to enrol at college to study homeopathy myself. Truth be told, I was still a little embarrassed by it.

Homeopathy’s preference for understanding symptoms in minute detail according to the sufferer’s description of them rather than focussing on a diagnosis made me uncomfortable. Even worse was that these symptoms had to be noted in the sufferer’s own words rather than in accepted medical terminology, no matter how simplistic or odd those words may be.

At that time it seemed to me that homeopathy lacked the scientific rigor of conventional medicine. I desperately wished it would update its approach in order to appear more respectable. With a background in health sciences, it made me cringe – and I still only thought that it was useful for simple acute complaints that the person would probably recover from themselves anyway, if given enough time.

I didn’t know that homeopathy could be highly effective for chronic disease as well as severe acute problems. And I certainly didn’t understand that the detailed matching of symptoms required by homeopaths was a much more precise and scientific way to treat sick people than the ‘cookie cutter’ approach of conventional medicine where everyone with the same complaint gets the same medicine no matter how different their symptoms are.

Those limited beliefs started to change with three startling experiences from my early months of study. First, I saw my husband’s acute glaucoma resolve literally within seconds of being given a remedy – one I had learnt about in class the previous week.

It happened on a Sunday afternoon when our doctor’s surgery was closed. Trevor had been reading the paper and started to complain of a throbbing pain in his right eye. On examination it looked red and sore. I gave him some paracetamol.

Over the next hour the pain worsened, the eye reddened further and the pupil began to dilate. At this point I realised his symptoms seemed very similar to those of the remedy Belladonna that had been studied in class the previous week.

Belladonna, in homeopathic form, is known to treat right-sided problems that have a rapid onset. Symptoms are intense and accompanied by redness, heat, and swelling. Pains throb and the pupils dilate. Though I didn’t realise it at the time, these are also the classic symptoms of acute glaucoma.

I grabbed my home-use kit and gave him a dose of Belladonna. According to my husband it was the ‘freakiest’ thing he had ever felt. As soon as the remedy hit his tongue his eyeball ‘shrivelled’ and the throbbing pain eased. This response was so sudden and unexpected that the hair literally stood up on the back of his neck, he told me later.

As the afternoon wore on the remedy was repeated a few more times whenever the throbbing pain returned, each time witha similiar but milder response. The following morning we visited an ophthalmologist who, looking at the residual inflammation on the retina, diagnosed post acute glaucoma. We then realised just how close Trevor had come to losing the sight of that eye. If pressure that had built up through the afternoon had not been relieved within a few hours the optic nerve would have been irreparably damaged. We were both very grateful for the effects of homeopathic Belladonna.

The second experience that challenged the way I thought was when my young son was struggling to recover from chickenpox. He had been suffering high fevers, sleepiness and lethargy for more than two weeks. The doctors could only recommend paracetamol which had a minimal effect and as a nurse I was becoming very worried. The fluffy pustules on his skin looked just like smallpox – obviously he was not coping.

Within hours of being given Antimonium tartaricum, a homeopathic remedy that seemed to match his symptoms, and one that I had studied just that morning, he rebounded to almost perfect health. I had seen nothing like it and I was astonished. He had been far too sick to be running around as he was a short time later, wanting to eat and play!

Third, was my own experience with severe back and sciatic pain. I had strained my back some months earlier while moving heavy boxes. At the time I didn’t think too much about it but day-by-day, the pain worsened. By the end of the week I could hardly walk.

Over the next few months, life became very difficult. I had two small children to care for but could only stand for 20 minutes at a time before having to lie down. A scan showed that a herniated (slipped) disc was pressing on a nerve and I was told to go home and rest as much as possible.

I tried numerous homeopathic remedies that were recommended by books as being useful for back pain but had little success. A couple gave mild, short-lived relief, but none made a lasting change. Worst of all, I was having frequent bouts of sneezing  – something that I had not been prone to previously. With each sneeze the pain was excruciating as it jarred my back and shot down my legs.

On hearing about this, one of my lecturers asked if I had looked at those remedies that had sneezing as a concomitant – a symptom that co-exists with the main complaint.

This was new information to me. I turned to the books again. Of the three remedies that listed back pain with sneezing as a concomitant, Arnica seemed to suit my symptoms best. I took a dose and I kid you not, the pain was rapidly relieved by about 95%. Just 30 minutes later I was excitedly touching my toes in front of a surprised family!

The episodes of sneezing stopped, and from that point on I no longer had to lie down to cope.  The remaining 5% of pain gradually eased and then disappeared over the next couple of weeks – but if ever it looked like returning I just took another dose of Arnica. To say I was impressed with how rapidly I improved from something that was having a significant impact on my life would be an understatement.
Prior to becoming a homeopath I had been a nurse and midwife for almost 20 years. During that time I dealt with sick people and their diseases on an almost daily basis. I was, and still am, very familiar with what is on offer for various complaints by way of conventional medicines, as well as the effects they have on people.

I can honestly say I have never seen conventional medicines truly turn a person’s overall health around in the way that homeopathy can. There was certainly of lot of palliation and symptom suppression,  but never any real cure for chronic complaints. Homeopathy offers so much more to these patients.

These days I am proud to be a homeopath. I am no longer embarrassed, but instead feel incredibly fortunate that I am able to spend my time in a system of healing that offers so much to so many. The rewards are enormous.