You are here: Home › Homeopathy in 30 Days Content › Boericke on Aconitum Napellus 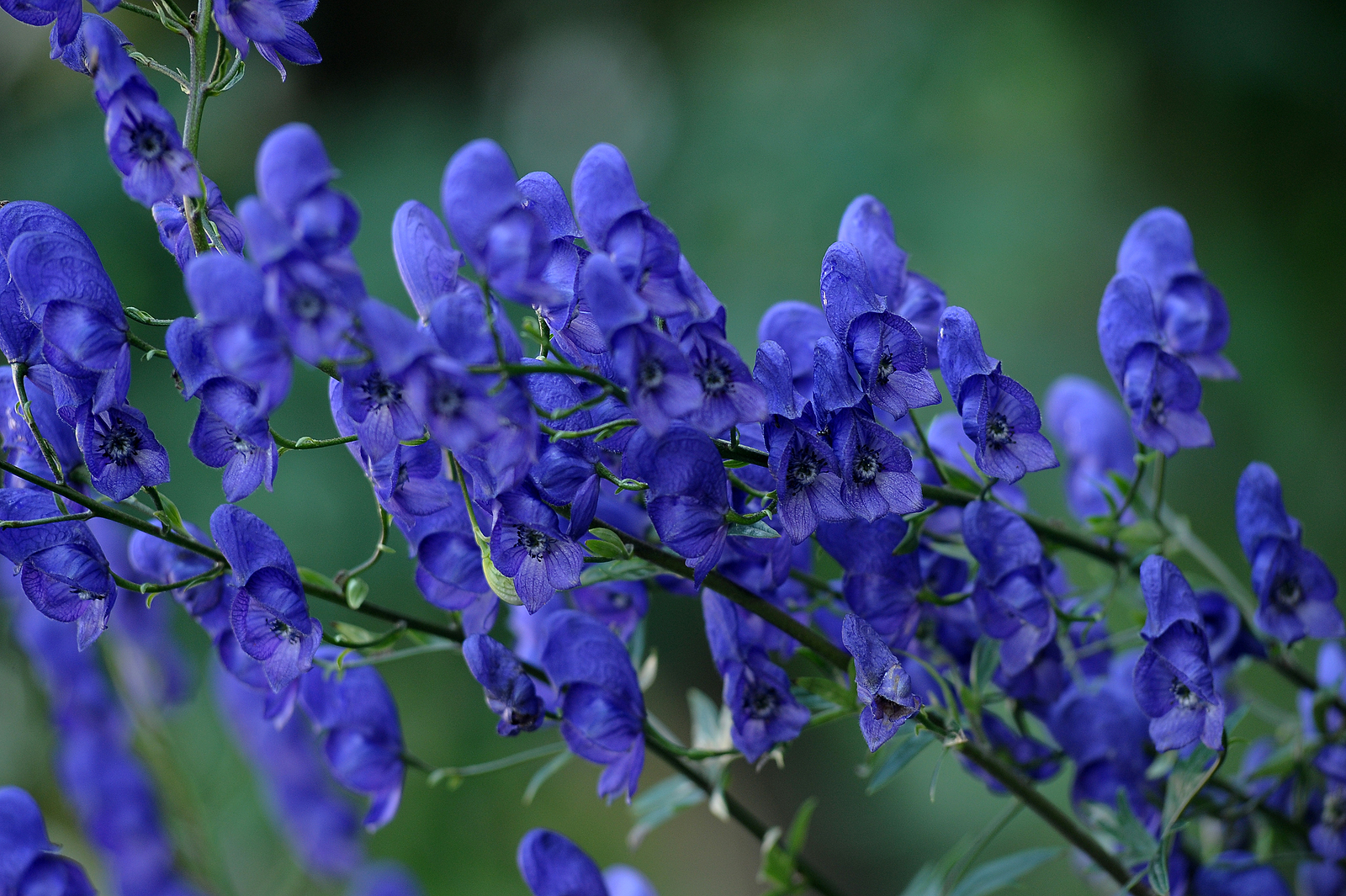 A state of fear, anxiety; anguish of mind and body. Physical and mental restlessness, fright, is the most characteristic manifestation of Aconite. Acute, sudden, and violent invasion, with fever, call for it. Does not want to be touched. Sudden and great sinking of strength. Complaints and tension caused by exposure to dry, cold weather, draught of cold air, checked perspiration, also complaints from very hot weather, especially gastro-intestinal disturbances, etc. First remedy in inflammations, inflammatory fevers. Serous membranes and muscular tissues affected markedly. Burning in internal parts; tingling, coldness and numbness. Influenza. Tension of arteries; emotional and physical mental tension explain many symptoms. When prescribing Aconite remember Aconite causes only functional disturbance, no evidence that it can produce tissue change–its action is brief and shows no periodicity. Its sphere is in the beginning of an acute disease and not to be continued after pathological change comes. In Hyperćmia, congestion not after exudation has set in. Influenza (Influenzin)

Mind.–Great fear, anxiety, and worry accompany every ailment, however trivial. Delirium is characterized by unhappiness worry, fear, raving, rarely unconsciousness. Forebodings and fears. Fears death but believes that he will soon die; predicts the day. Fears the future, a crowd, crossing the street. Restlessness, tossing about. Tendency to start. Imagination acute, clairvoyance. Pains are intolerable; they drive him crazy. Music is unbearable; makes her sad (Ambra). Thinks his thoughts come from the stomach–that parts of his body are abnormally thick. Feels as if what had just been done was a dream.

Eyes.–Red, inflamed. Feel dry and hot, as if sand in them. Lids swollen, hard and red. Aversion to light. Profuse watering after exposure to dry, cold winds, reflection from snow, after extraction of cinders and other foreign bodies.

Face.–Red, hot, flushed, swollen. One cheek red, the other pale (Cham, Ipec). On rising the red face becomes deathly pale, or he becomes dizzy. Tingling in cheeks and numbness. Neuralgia, especially of left side, with restlessness, tingling, and numbness. Pain in jaws.

Stomach.–Vomiting, with fear, heat, profuse sweat and increased urination. Thirst for cold water. Bitter taste of everything except water. Intense thirst. Drinks, vomits, and declares he will die. Vomiting, bilious mucous and bloody, greenish. Pressure in stomach with dyspnśa. Hćmatemesis. Burning from stomach to śsophagus.

Rectum.–Pain with nightly itching and stitching in anus. Frequent, small stool with tenesmus; green, like chopped herbs. White with red urine. Choleraic discharge with collapse, anxiety, and restlessness. Bleeding hćmorrhoids (Hamam). Watery diarrhśa in children. They cry and complain much, are sleepless and restless.

Back.–Numb, stiff, painful. Crawling and tingling, as if bruised. Stiffness in nape of neck. Bruised pain between scapulć.

Sleep.–Nightmare. Nightly ravings. Anxious dreams. Sleeplessness, with restless and tossing about (Use thirtieth potency). Starts up in sleep. Long dreams, with anxiety in chest. Insomnia of the aged.

Modalities.–Better in open air; worse in warm room, in evening and night; worse lying on affected side, from music, from tobacco-smoke, dry, cold winds.

Vinegar in large doses is antidotal to poisonous effects.

Not indicated in malarial and low fevers or hectic and pyćmic conditions, and in inflammations when they localize themselves. Sulphur often follows it. Compare Cham and Coffea in intense pain and sleeplessness.

Agrostis acts like Acon in fever and inflammations, also Spiranthes.

Aconitum ferox.–Indian Aconite.–Rather more violent in its actions than A. napellus. It is more diuretic and less antipyretic. It has proved valuable in cardiac dyspnśa, neuralgia, and acute gout. Dyspnśa. Must sit up. Rapid respiration. Anxiety, with suffocation from feeling of paralysis in respiratory muscles. Cheynes-Stokes breathing. Quebracho (cardiac dyspnśa) (Achyranthes.–A Mexican drug–very similar to Aconite in fevers, but of larger range, being also adapted to typhoidal states and intermittents. Muscular rheumatism. A great diaphoretic. Use 6x). Eranthis hymnalis–(Winter Aconite–acts on solar plexus and works upwards causing dyspnśa. Pain in occiput and neck).

Dose.–Sixth potency for sensory affections; first to third for congestive conditions. Must be repeated frequently in acute diseases. Acon is a rapid worker. In Neuralgias tincture of the root often preferable, one drop doses (poisonous), or again, the 30th according to susceptibility of patient.