You are here: Home › Homeopathy in 30 Days Content › Boericke on Pulsatilla Pratensis (Puls.) 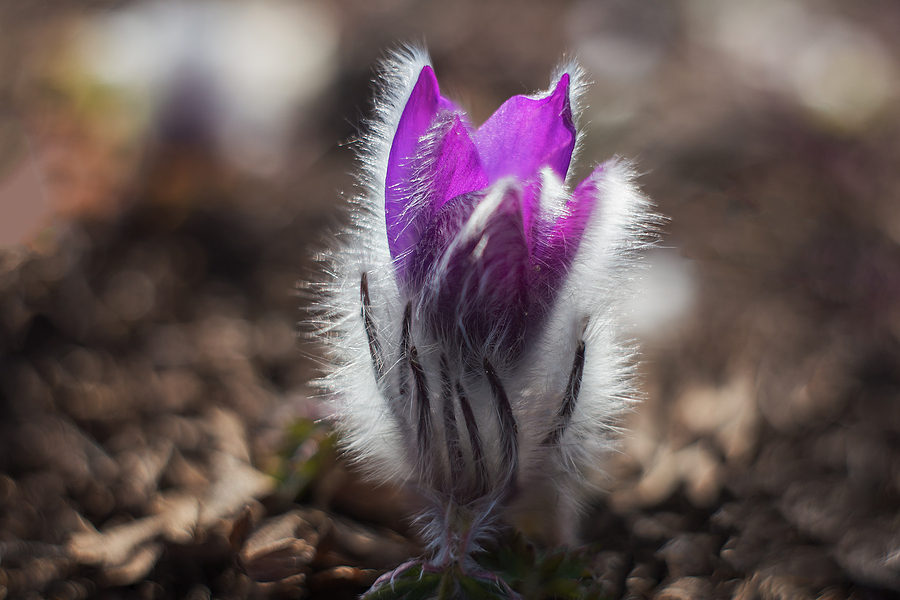 The disposition and mental state are the chief guiding symptoms to the selection of Pulsatilla. It is pre-eminently a female remedy, especially for mild, gentle, yielding disposition. Sad, crying readily; weeps when talking; changeable, contradictory. The patient seeks the open air; always feels better there, even though he is chilly. Mucous membranes are all affected. Discharges thick, bland, and yellowish-green. Often indicated after abuse of Iron tonics, and after badly-managed measles. Symptoms ever changing. Thirstless, peevish, and chilly. When first serious impairment of health is referred to age of puberty. Great sensitiveness. Wants the head high. Feels uncomfortable with only one pillow. Lies with hands above head.

Mind.–Weeps easily. Timid, irresolute. Fears in evening to be alone, dark, ghost. Likes sympathy. Children like fuss and caresses. Easily discouraged. Morbid dread of the opposite sex. Religious melancholy. Given to extremes of pleasure and pain. Highly emotional. Mentally, an April day.

Ears.–Sensation as if something were being forced outward. Hearing difficult, as if the ear were stuffed. Otorrhœa. Thick, bland discharge; offensive odor. External ear swollen and red. Catarrhal otitis. Otalgia, worse at night. Diminishes acuteness of hearing.

Face.–Right-sided neuralgia, with profuse lachrymation. Swelling of lower lip, which is cracked in middle. Prosopalgia towards evening till midnight; chilly, with pain.

Stomach.–Averse to fat food, warm food, and drink. Eructations; taste of food remains a long time; after ices, fruits, pasty. Bitter taste, diminished taste of all food. Pain as from subcutaneous ulceration. Flatulence. Dislikes butter (Sang). Heartburn. Dyspepsia, with great tightness after a meal; must loosen clothing. Thirstlessness, with nearly all complaints. Vomiting of food eaten long before. Pain in stomach an hour after eating (Nux). Weight as from a stone, especially in morning on awakening. Gnawing, hungry feeling (Abies c). Perceptible pulsation in pit of stomach (Asaf). All-gone sensation, especially in tea drinkers. Waterbrash, with foul taste in the morning.

Abdomen.–Painful, distended; loud rumbling. Pressure as from a stone. Colic, with chilliness in evening.

Urine.–Increased desire; worse when lying down. Burning in orifice of urethra during and after micturition. Involuntary micturition at night, while coughing or passing flatus. After urinating, spasmodic pain in bladder.

Male.–Orchitis; pain from abdomen to testicles. Thick, yellow discharge from urethra; late stage of gonorrhœa. Stricture; urine passed only in drops, and stream interrupted (Clemat). Acute prostatitis. Pain and tenesmus in urinating, worse lying on back.

Respiratory.–Capricious hoarseness; comes and goes. Dry cough in evening and at night; must sit up in bed to get relief; and loose cough in the morning, with copious mucous expectoration. Pressure upon the chest and soreness. Great soreness of epigastrium. Urine emitted with cough (Caust). Pain as from ulcer in middle of chest. Expectoration bland, thick, bitter, greenish. Short breath, anxiety, and palpitation when lying on left side (Phos). Smothering sensation on lying down.

Back.–Shooting pain in the nape and back, between shoulders; in sacrum after sitting.

Fever.–Chilliness, even in warm room, without thirst. Chilly with pains, in spots, worse evening. Chill about 4 pm. Intolerable burning heat at night, with distended veins; heat in parts of body, coldness in other. One-sided sweat; pains during sweat. External heat is intolerable, veins are distended. During apyrexia, headache, diarrhœa, loss of appetite, nausea.

Modalities.–Worse, from heat, rich fat food, after eating, towards evening, warm room, lying on left or on painless side when allowing feet to hang down. Better, open air, motion, cold applications, cold food and drinks, though not thirsty.