You are here: Home › Know Your Remedies › Cinchona officinalis (Chin.) 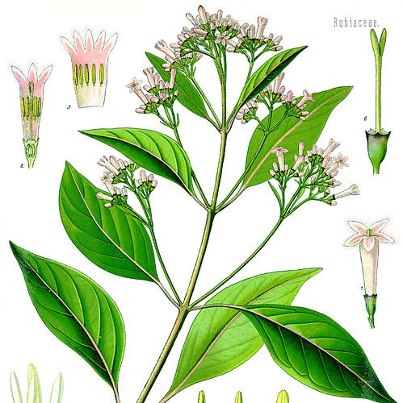 Cinchona officinalis, also known as qinchona or Peruvian bark, is a tree that grows to 15-20 metres in height. It is native to the rainforests of South America. The bark of the tree, from which the homeopathic remedy China is prepared, contains quinine. It has been traditionally used as an antimalarial, digestive aid, antiparasitic, antispasmodic, and antipyretic (reduces fever) and is still cultivated and used conventionally for malaria and leg cramps today.

Cinchona officinalis has the distinction of being the first remedy entered into the homeopathic materia medica after an accidental proving by Hahnemann, the founder of homeopathy. After ingesting Cinchona and experiencing malaria-like symptoms, Hahnemann hypothesised that it was effective in treating malaria because it also produced the symptoms similar to those of malaria … and so homeopathy was discovered.

Homeopathically, China is useful for symptoms occurring after the loss of body fluids (perspiration, haemorrhage), hypersensitivity to stimuli, and digestive bloating that is not relieved by burping or eructations. People requiring it often easily offended but clear-headed in the evening, making ambitious plans that then seem foolish in the morning.

While the above self-limiting, acute complaints are suitable for home treatment, see your healthcare provider if symptoms worsen or fail to improve. Chronic or persistent complaints, which may or may not be mentioned, require a different treatment and dosage protocol so are best managed by a qualified homeopath for good results.