You are here: Home › Case Reports › Brawls, Falls and Homeopathy 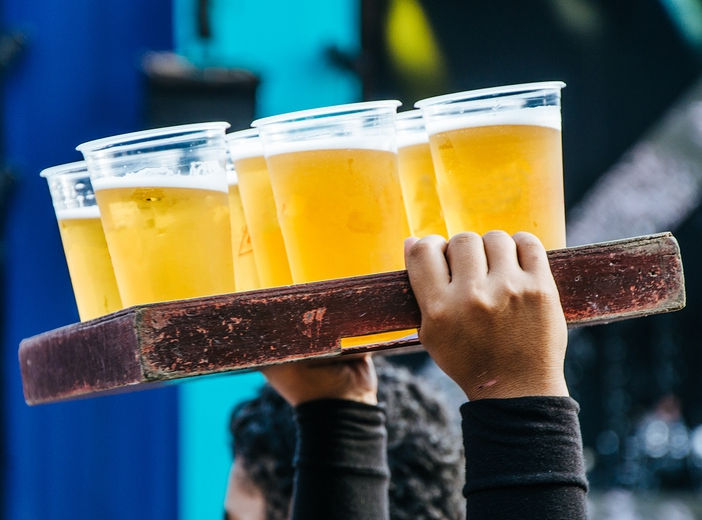 An interesting aspect of homeopathy is that the more intense and acute the complaint, the more rapidly improvement is likely to take place.  Consider the following two cases, in which the pain of broken bones was rapidly relieved.

Brett looked dreadful. He was a 23 year old man who’d been involved in a fight at his local pub two days earlier. Back home from hospital, he was nursing a very painful jaw and barely able to speak. Brett’s mother had asked if I would call in on him to prescribe some homeopathy.

Brett’s face was already black and blue from bruising and grotesquely swollen. His jaw was broken in two places and several of his teeth were missing.

The doctors at the hospital had stitched the split at the corner of his mouth, and, following an overnight admission, had decided to send him home with painkillers. Once the swelling had reduced, they hoped to operate in a few days. His broken jaw was to be wired together.

As you can imagine, Brett felt sore and sorry for himself. Talking was almost impossible and he could only drink liquid foods through a straw. It was obvious he needed a dose of homeopathic Arnica.

Arnica is the chief remedy for bruising and soft-tissue damage from blows or falls. Used during the early stages of fracture, it will also help with pain, halt bleeding, reduce swelling, promote healing, and lessen the risk of infection. It was a favourite with mountain dwellers throughout Europe, who used it as folk medicine for their own falls and injuries. Its battered flower heads remind people of how good it is for battered and bruised injuries.

I prepared a bottle of Arnica for Brett, and gave him an immediate dose. As he accompanied me to the door, he mumbled, “Can the medicine work this quickly?” From the surprised look on his face, it was obvious that the pain was already easing. I nodded my head and smiled. I am still awed at the speed which homeopathic remedies work – paradoxically, the more intense and severe the symptoms, the quicker they resolve.

I heard from Brett’s mother the following morning. She was amazed but a little concerned. Brett’s swelling had reduced significantly and his face was now near normal in size. She was worried, though, that he may have taken the Arnica too often. He had dosed about every hour on waking with the returning pain throughout the night . I reassured her that this was perfectly OK for somebody with injuries as severe as Brett’s, and that taking another dose only when symptoms start to return is the best way to use homeopathy.

(Regular dosage schedules are not appropriate with homeopathy as everybody responds differently. One person may need a dose of their remedy every hour while someone else may only need a daily dose. Dosage regimes should be adjusted to what the person needs.)

I had no further contact with Brett or his mother but hopefully all went well with his surgery and subsequent dental work. I do wonder from time to time if he is still a regular at that pub.

Denise was a 46 year-old nurse leaving work after a late shift. In the dark, she slipped on some wet grass and fell down a rocky embankment. Fortunately, others heard her screams and were quickly on the scene. A trip to the Emergency Department and a series of X-rays revealed some nasty fractures. Two ribs were broken, as was her humerus, the bone in her upper arm.

Following an overnight admission and a plaster cast to her arm, Denise was told to do lots of deep breathing, given some pain-relieving tablets and then sent home to rest. The fractures were expected to heal over a 6-week period.

Denise had used homeopathy before and knew it could help with fractures and soft tissue damage. She phoned me on the day of her discharge to ask what I would recommend. It was obvious that she was in pain and that most of it came from her fractured ribs; every movement or breath sent sharp stabbing pains into her chest. And as for those deep breathing exercises …. they were impossible.

(While it seems counter-intuitive when one has fractured ribs, deep breathing is vital if pneumonia is to be avoided. Shallow breathing encourages its development and in the elderly especially, can result in death.)

Denise was also in pain from her broken arm and other bruising but neither were as the pain from her ribs. Evenso, she was pleased to be back in the peace and quiet for her home and away from the busy-ness of the hospital. She also commented that she was very thirsty and dry in the mouth.

I prescribed three separate remedies for Denise: Arnica , Bryonia, and Symphytum. The Arnica was to be taken several times over the next 48 hours and then followed by either the Bryonia or Symphytum, depending on her symptoms. Denise was surprised that the Arnica worked every bit as well as the analgesic she had been given at the hospital. Over the next few days the bruising and swelling settled and she found it easier to sleep and move around. An added bonus was that she had none of the grogginess or constipation the other medicine caused. 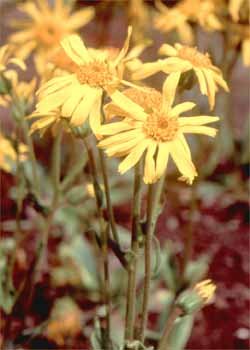 (An “Arnica state” is very much about the soft-tissue damage and bruising that accompanies an acute fracture. It goes a long way in easing these symptoms in the early days.)

After few days, Denise’s pain, swelling and bruising was much improved. It was now time for her to use one of the other remedies, Symphytum or Bryonia, depending on the symptoms troubling her. Symphytum was for general fracture pain of the arm, but if she was feeling irritable and continued to have sharp sticking pains in either her arm or ribs on movement, then she should take the Bryonia.

At first, Denise found she had to take the remedies several times a day. As healing progressed, doses were required less and less often. By the end of fortnight, only taking the occasional dose of Bryonia was needed. Denise herself, said she recovered more quickly with homeopathy than even she had expected.

Arnica treats a wide range of conditions but is best known for controlling bleeding and speeding healing of damaged tissue. The person will be restless, feel sore and beaten, and find it difficult to get comfortable. It is a useful remedy following accidents and childbirth. Homeopathic Arnica is prepared in ultra-high dilutions and while usually given orally can also be safely applied to broken skin, something that can’t be done with herbal Arnica due to its irritating effects.

When broken bones have been caused by trauma, Arnica is the first remedy of choice in the first 24-48 hours. Following this, one of the following two remedies  usually produce better results.

A symptom that will always be present when Bryonia is needed is that anycomplaint will worsen with the slightest movement and improve for being still. For this reason it is often needed during fractured ribs where pain is always associated with the motion of breathing. Sometimes, people needing Bryonia even prefer to sleep on the side of their fractured ribs so that they can’t move at all with breathing. Unfortunately, as discussed, lack of movement also leads to pneumonia. Bryonia can reduce the pain so the person can breathe more deeply.

Symphytum is used in homeopathy to ease the pain of broken bones and speed their repair. Its common name of Comfrey or ‘Knit-bone’ indicates its herbal fame for “knitting” broken bones together. Unfortunately, it is no longer prescribed in herbal doses as it can also be toxic to the liver but if used in homeopathic potencies, is free of this problem at all. are used. Symphytum is also useful for phantom pains following amputation and injuries to the eye-ball and orbit.

As seen from the cases above, homeopathy has a useful role in injuries or fractures. The three remedies discussed are the main ones for these conditions but there are also others. Each prescription has to be based on the symptoms the person experiences for good results.

Homeopathic remedies can assist broken bones that result from genetic problems or osteoporosis. These fractures are not an acute problem caused by trauma but the result of a chronic imbalance. Remedies different to those discussed will be needed, so please make an appointment to see a qualified homeopath who can help you with treatment.