You are here: Home › Research › Homeopathy’s “Memory of Water” 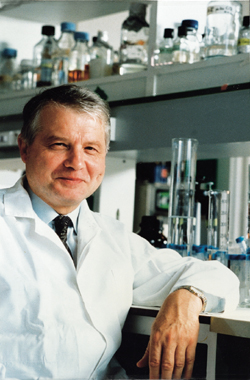 French virologist, Luc Montagnier, winner of the Nobel prize for his co-discovery of the link between HIV and AIDs, recently presented a quasi-homeopathic method of detecting viral infection to shocked scientists at a prestigious international conference.

He also suggested that water could retain electrochemical properties even when the solution was massively diluted.

This idea is not new. It is one of the key tenets of homeopathy – that the potency of a substance is increased with dilution as long as the liquid is succussed (vigorously agitated), and that highly diluted substances can and do have biological effects.

The fact that a leading scientist of the Montagnier’s standing has also made this assertion sent shock waves throughout the scientific community. When asked if he was worried that his colleagues would think he had drifted into ‘pseudo-science’ he replied “No, because it’s not pseudoscience. It’s not quackery. These are real phenomena which deserve further study.”

When questioned on his beliefs about homeopathy, he replied: “I can’t say that homeopathy is right in everything. What I can say now is that the high dilutions are right. High dilutions of something are not nothing. They are water structures which mimic the original molecules. We find that with DNA, we cannot work at the extremely high dilutions used in homeopathy; we cannot go further than a 10−18 dilution, or we lose the signal. But even at 10−18, you can calculate that there is not a single molecule of DNA left. And yet we detect a signal.”

To escape what he called ‘intellectual terror’, Montagnier subsequently moved his research to facilities provided by China.

Click here to read the full report from The Australian.

New support for the concept of homeopathic potentisation