At two-and-a-half years of age, Brittany was a cute as a button – blonde hair, blue eyes and a rosebud mouth.

Unfortunately, her parents were concerned about a delicate matter causing problems for her and others in the family.

Brittany had been suffering from noisy, offensive flatulence (gas) almost from birth, and, after trying a number of options, her parents had made an appointment to see if homeopathy could help. 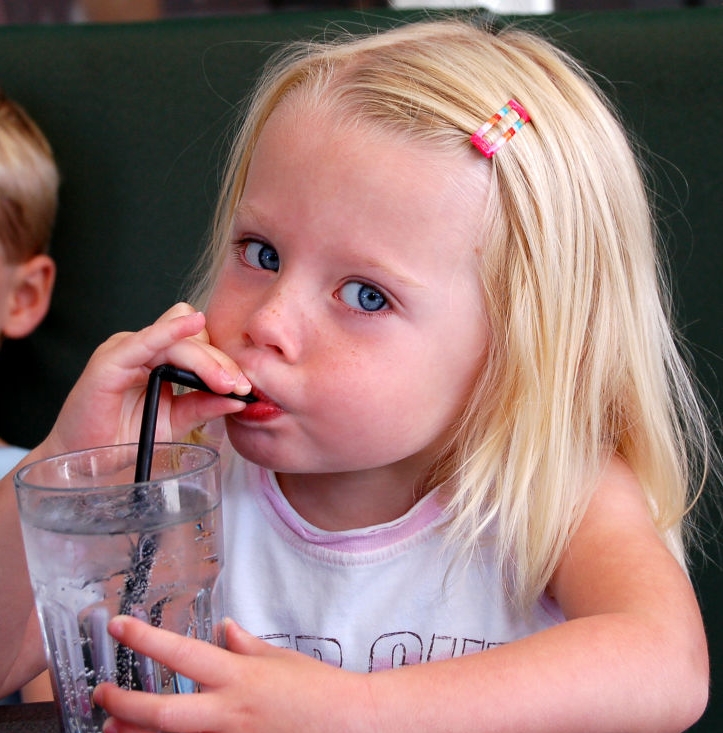 Brittany’s father described his daughter’s flatulence as “not your small, silent ‘fluffs’ but full-blown, let-‘er-rip ones” that would clear a room.

True to his description, Brittany passed large amounts of noisy and putrid smelling wind throughout the  consultation. Her father had not been exaggerating.

Brittany’s mother was concerned that the extent and nature of Brittany’s flatulence was simply not normal for a full-grown adult let alone a toddler.

She also described the smell as being like moldy tea. Personally, I would have suggested something much stronger.

Brittany’s father explained in words that were nothing if not descriptive that she had always had unusual bowel movements.

She normally passed a large, long, and heavy motion every day. They were so heavy, that if one rolled out of her nappy as she walked, it would hit the floor with a loud ‘thwack’!

Her parents were also concerned that Brittany was becoming a target for cruel jibes and jokes from other children and sometimes, adults.

During the consult, as I watched Brittany play at her mother’s side, she would frequently climb onto her lap to snuggle into her arms. Every so often she would suck from a baby bottle with pale brown fluid.

On asking what was in the bottle, I was told it contained weak tea. Her mother said it was a craving that had started when Brittany had first tasted tea from her own cup when much younger.

Brittany now like tea so much that she would demand several weak bottles of it every day and, if she didn’t get them, would scream for hours. Her mother was quick to tell me that the tea was always highly watered down and so, very weak.

Brittany also loved butter and, if she could, would eat it by the spoonfuls.

Her parents described Brittany as shy and timid, and constantly needing attention.They found it difficult to have a conversation because of Brittany’s constant interruptions.

She was content only when being cuddled or carried, especially when unwell, and would settle best if carried around outside in the fresh air.

Throughout the consult, Brittany barely interacted with me but frequently climbed onto her mothers’ lap looking for attention.

I prescribed a single dose of Pulsatilla 30C for Brittany and asked her parents to phone me some days later to discuss her response.

Five days passed and her excited mother called to tell me that the day following the dose, Brittany had opened her bowels an amazing seven times!

Since then, bowel motions had been normal in size and quantity, and, best of all, her loud and offensive flatulence had stopped.

As a bonus, Brittany was no longer demanding tea in her bottle and seemed to be much less clingy and needy.

It’s amazing, even to me, when just a single dose brings about such rapid and profound changes but it’s also not unusual in children with a high vitality that produces quicker and stronger responses than those normally seen in adults.

I advised her Mum that improvement should continue and that further doses would be needed only if her symptoms returned.

Her mother did eventually have to give Brittany another dose, three weeks later, but after that, according to reports, Brittany remained completely well.

Brittany’s symptoms fitted the classic Pulsatilla profile. Those needing this remedy are often shy and yielding, and like being dependent on others.

Butter and tea are common food cravings and gastrointestinal complaints, especially with rich or fatty foods, are common.

While it is possible that Brittany’s constipation and flatulence may have improved by just stopping the tea, this alone would not have been enough to correct the underlying imbalance that was responsible for the tea craving in the first place … digestive problems may (or may not) have improved but the craving and other problems would have continued.

By prescribing Pulsatilla, the remedy that matched the symptoms of Brittany’s imbalance, many things improved: the tea (and butter) cravings disappeared, her constipation and flatulence resolved, and confidence and independence emerged.

Brittany’s physical appearance also indicated the need for Pulsatilla. While homeopathy is never prescribed on looks alone it has been frequently noted that those needing Pulsatilla are often plump, fair, blued-eyed, and with full, red lips.

This doesn’t mean that everyone who matches that appearance needs Pulsatilla, or that Pulsatilla only treats plump, fair, and blue-eyed people, but the correlation is surprisingly common.

In Brittany’s case, Pulsatilla was the right choice for her. Today, she is a happy, healthy, little girl with no shortage of playmates – much to the relief of her family!