You are here: Home › Agrohomeopathy › Silica – The Gardener’s Friend 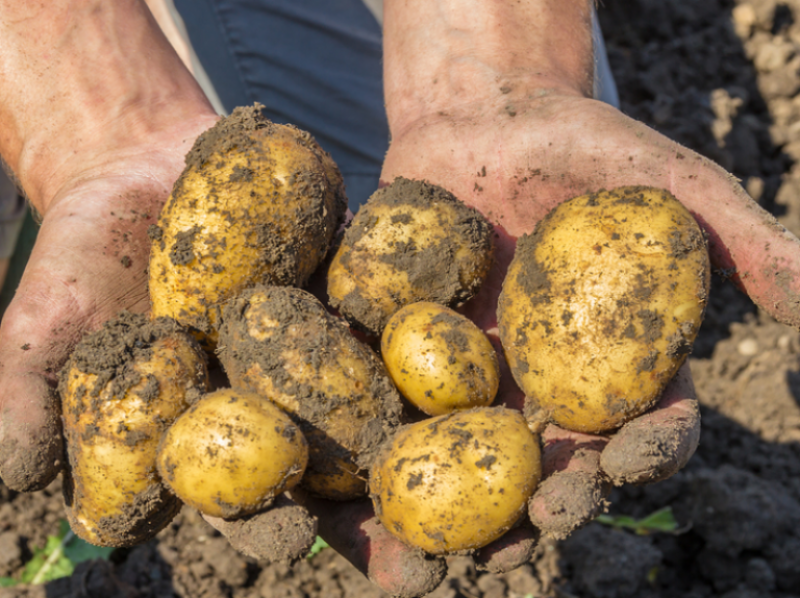 Which homeopathic remedy has the reputed power to:

No other remedy has the reputation for doing so much with so many plant and soil problems. Silica, known within homeopathy by its Latin name of Silicea, should have pride of place in everyone’s garden shed – once tried, no farmer or gardener wants to be without it. Let’s find out why.

Homoeopathic silica has long been used for human and animal health problems but knowledge of its ability to treat plant and soil sicknesses is relatively new.

In people (and animals) it is used for: lack of confidence, weakness, fatigue, delayed development, slow healing of wounds and infections, and failure to thrive.

When homoeopaths realised the same complaints seemed to exist in plant form they began to wonder if Silicea could have a wider use. Its important role for horticultural and agricultural problems was then discovered.

Silicea for Strong and Healthy Plants

Without the presence of chemical silica within their cells, plants would not be able to stand upright or even grow. It regulates all cellular processes, including reproduction, brings a healthy resilience to brittle growth, and adds strength and ‘grit’.

When silica is missing from the soil, or when plants have trouble using it, homoeopathic silica makes a world of difference – puny plants with weak and straggly growth, or those prone to fungal attacks, frequently grow strong and vigorous within days of being sprayed.

Silicea as a Soil Tonic

Silica is difficult to add to soil as a nutrient or supplement, and is rarely missing from soil – but when it is, a spraying of homoeopathic silica improves plant health and helps it to absorb whatever silica is present.

As an added bonus, homeopathic silica assists soil to absorb and retain moisture (more on this later).

Silicea for Transplant and Other Shocks

Plants that are in shock stop growing, wilt in the sun, drop their leaves, and are at risk of dying. Plant shock mainly happens with transplantation but also with damage to the root ball or extreme changes in temperature. A single spray of Silicea, before or after transplant, helps to strengthen the plant and prevent exhaustion.

Silicea to Strengthen Plants against Pests and Diseases

Homoeopathic silica helps plants protect themselves against fungi, moulds, mildews, root sliminess, and some forms of rust. It also strengthens them against pests such as aphids, budworm, citrus mite and dried fruit beetle. One spray is all that is needed.

In his book, Homeopathy for Farm and Garden, Kaviraj recounts one instance of a sapling being affected by dieback that only had one quarter of loose and drying bark left around its trunk.

After being given one dose of Silicea the bark miraculously reattached to the cambium (the layer of cells lying between the wood and bark from which new bark and wood cells are produced), and after one week the top branches started to grow new shoots and leaves.

With dieback being such a problem in many countries of the world, this knowledge could be invaluable.

One single dose is usually sufficient to help generate the seeds of perennials and biannuals so that they lead healthy lives right from the moment of being sown.

The plants that sprout from the seeds are noted for growing strong roots along with firm shoots and leaves. They are also resistant to damping off and less prone to insect attack.

One spray of Silicea as flower buds are forming has been shown to increase the size and number of flowers produced.

If sprayed at the beginning of flowering, Silicea has been shown to help trees and plants set their fruit so that it doesn’t drop during early development. Only spray once, though or the reverse may happen – the tree may not produce fruit.

Some soils just hate water. Potting mixes, sandy soils, dusty soils, and soils high in organic matter are the worst offenders in this regard. They often absorb water so poorly that it simply rolls off them, leaving the plant dry and thirsty.

One of the most exciting things about Silicea is its potential to green a desert in a remarkably short space of time. One treatment, watered in, has been shown to produce desert sand that holds large amounts of water for long periods – up to 6 weeks even in the absence of rain.

Kaviraj speaks of an early experience during the 1990s when he was in Western Australia. On one farm north of Perth he and a small group of men began a tree planting project in an arid area that was almost completely sand.

First, they sprayed the ground with homeopathic Silicea and then left it to rest for 6 or so weeks. On their return to plant several hundred saplings, they found the soil was so moist that wet sand clung to their spades as they pulled them out of the ground.

On their next visit, 6 weeks later, they were met by an army of thriving young saplings that were larger, stronger, and more vigorous than could have been expected for the soil they had been planted into – and all from a single spray of Silicea. To Kaviraj’s knowledge, that once arid piece of land remains green to this day.

While not exactly a desert, Kaviraj says that similar results can be achieved with bowling greens and other similar courses where a watering with Silicea onto patches of bare ground and ‘fairy spot ring’ will stimulate the rapid growth of thick healthy turf.

He concludes with the following statement, “This greening of the desert can add tremendously to our surface of arable land and thus increase the CO2 uptake by another 30 to 40 %. It will also help in alleviating world hunger and provide enough food for all the world’s inhabitants – provided of course we divide the benefits equally.”

Silicon is one of the major components of the moon. For this reason, those who use the phases of the moon to guide their planting say that homeopathic silica should be applied at the full-moon phase if wanting to induce flowering, and that plants that germinate during certain moon-phases are strongly influenced by it. Fruit-setting and the reaching of maturity are also seen to be influenced by phases of the moon.

It is interesting to note that in humans and animals, those who need homeopathic silica often experience an aggravation, or sometimes an amelioration of their symptoms during different phases of the moon.

Sometimes too much of a good thing is just too much. Farmers and gardeners who practice agrohomeopathy will be quick to tell you that the repeated and unnecessary use of Silicea can be counter-productive. For example, when a healthy tree is repeatedly sprayed with Silicea, its bark can be crippled. (The reason for this is explained in full in tutorials 6, 15, and 16).

The same is true for fruit and seed setting. If plants are sprayed more than once at the time of flowering, fruit and seed production will be hindered rather than helped. This is obviously not desirable for fruit.

While Silicea will also green a desert, it will just as quickly create one if it is over-used. One dose is all that is needed to start the greening process – more will be too much.

Bringing it all Together

In short, one single application of Silicea has a profound effect of long duration on soil productivity and every stage of a plant’s life. It is able to:

And the way Silicea achieves these remarkable things? By improving the underlying health of the troubled plant or soil. This is the exact same mode of action involved in the homeopathic treatment of unwell humans or animals.

So, if you have plants problems that seem to be caused by a lack of stamina, resilience, or ‘grit’, why not give them a dose of homeopathic silica? You might be amazed by the results.

The Top Four Remedies for Gardens and Farms