You are here: Home › Tutorials › Homeopathy: an Introduction

Homeopathy has a remarkable approach to health. Rather than relying on chemicals to control unwanted symptoms or force a particular response, homeopathy treats a person’s health problems by triggering their body’s natural ability to heal. In doing this, two things happen: their body is stimulated to correct its own state of ill-health, and it is strengthened to be more resistant to the problem in the future.

Far from being a “new age” medicine, Hippocratic writings show that homeopathy’s principles were known at least 2,000 years ago. It was not until the 1800’s, however, that it was developed into a usable system 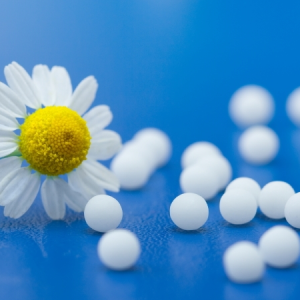 of medicine by the German scientist and physician, Dr Samuel Hahnemann. Since then, the popularity of homeopathy has steadily increased as people discover its ability to safely prevent or treat health problems.

Homeopathy is gentle and effective. Its medicines, called remedies, are obtained mainly from mineral, plant, and animal sources. These are converted into sub-molecular preparations by a process called “potentisation”, which increases the healing effect of the original substance and removes any toxicity.

As a result, homeopathic remedies are energetic medicines free of chemical side-effects. They do not poison, will not interact with other medications, and are non-addictive. They are safe for people of all ages, including babies, the elderly and the pregnant. Homeopathic remedies can even be used with animals and plants.

Homeopathy is effective for both acute and chronic problems. The correct remedy resolves deep-seated complaints such as arthritic, digestive, and respiratory disorders just as easily as minor ones like headaches, hay fever, and the discomfort of teething. Mental and emotional problems such as jealousy, lack of confidence, depression, panic-attacks, and children’s behavioral disorders also respond well to homeopathy. It truly is a remarkable system of healing.

A Homeopathic Approach to Inflammatory Bowel Disease – Crohn’s and Colitis