You are here: Home › News › The Professor and the Dame 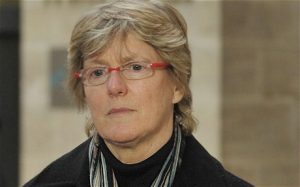 Dr Lionel R Milgrom (BSc, MSc, PhD, CChem, FRSC, LCH, MARH, RHom) has responded to these ill-informed statements. His letter is not only interesting but full of useful references and interesting information.

Now, Dr Lionel R Milgrom (BSc, MSc, PhD, CChem, FRSC, LCH, MARH, RHom) has responded to these statements with the following letter (full of useful references) in which he makes some excellent points.

Your recent pejorative remarks about homeopathy made to the House of Commons Select Committee on Science and Technology were inaccurate, misleading, and I have to say not worthy of someone charged with the role of Chief Medical Officer. Frankly, your comments fall far short of the objectivity and gravitas required of someone in your position.

This is why your comments were misleading. As CMO, you will no doubt be aware that, according to the BMJ [1], over 50% of conventional medical
procedures funded by the National Health Service (NHS) have little or no basis in science. So, funding these procedures must be even more stupid
than funding homeopathy, especially as they are much more expensive!

But it gets worse. Much is made of the millions spent on homeopathy by the NHS. This too is utterly misleading. Again as CMO, you will be aware that in 2010, the NHS’s drug bill was a staggering £10.2 billion, £2 billion of which was spent dealing with these drugs’ side effects. NHS spending on homeopathy (including infrastructure) was just £12 million – a mere 0.011% of the total £110 billion NHS budget – of which only a miniscule amount, £152,000, was spent on side-effect-free homeopathic medicines [2-4]. Given this vast disparity, why should the NHS stop funding an incredibly cheap therapeutic modality used and trusted by millions of people throughout the United Kingdom, and half a billion people around the world? Oh yes, I remember: it’s all about the science, isn’t it. Well, let’s examine that.

It is disappointing that again as CMO you accept so uncritically the spurious claims of so-called ‘sceptics’ and campaigning organisations, that
there is no scientific basis for homeopathy. I wonder whether you have ever bothered to seriously investigate this for yourself? If you had, then you
would know that, by end of 2010, 156 Randomised Controlled Trials (RCTs) of homeopathy (on 75 different medical conditions) had been published in peer-reviewed journals. Of these, 41% had a balance of positive evidence, 7% had a balance of negative evidence, and for 52% no conclusions could be drawn either way [5].

A cursory glance at these statistics might cause supporters of homeopathy to rejoice because the ratio of positive to negative trials is clearly in
homeopathy’s favour. However, the really interesting statistic here is the number of trials for which no conclusions can be drawn; greater than 50%.
Because when you then look at similar statistics for RCTs of conventional medicine, something odd appears.

So, data obtained from an analysis of 1016 systematic reviews of RCTs of conventional medicine, indicate that 44% of the reviews concluded the
interventions studied were likely to be beneficial (positive), 7% concluded that the interventions were likely to be harmful (negative), and 49%
reported that the evidence did not support either benefit or harm (non-conclusive) [6].

Please take careful note of this, Professor Davis, because obtaining such a similar spread of statistics regardless of the therapeutic modality would
suggest:

* Homeopathy fairs no better or worse in RCTs than conventional medicine. Therefore, rejecting homeopathy on RCT data is false and biased
as many conventional drugs/procedures should on that basis be similarly rejected but are not.
* There is something fundamentally wrong with the RCT (and those who claim it to be a ‘gold standard’), when around 50% of all RCTs fail to
deliver a clear result [6]. So all that the available scientific evidence suggests is at the very least, there is disagreement over the effects of
homeopathic medicines and how ultra-high dilutions work.

Thus, a less emotive, more objective CMO, would no doubt have concluded, not that homeopathy “is rubbish” but that as with many conventional medical procedures, the scientific evidence so far can only indicate homeopathy is of uncertain efficacy. And even if homeopaths were just ‘peddlers’ of placebos (you are by no means the first, nor unfortunately will you be the last to make such a scurrilous, unfounded accusation), homeopathy would still be far cheaper than Prozac, currently favoured by the NHS and, as I am sure you are well aware, recently shown to be no better than placebo [7]!

Add this to the by-now, well-known systemic, systematic fraud perpetrated by the pharmaceutical industry (e.g., the real peddling of unlicensed
anti-depressants to minors by GSK last year [8]), and the long-term abuse of science that has been going on in medical and pharmacological research
[9-11], you could have reported these concerns soberly and with gravitas to the Science and Technology Committee. Instead (dire warnings of an
approaching antibiotic ‘apocalypse’ aside), it is disappointing and intellectually moribund you have now joined the ranks of those unobjective
‘cheerleaders’, so-called sceptics who protesteth too much over homeopathy.

Scientists, probably with good reason, worry that the government ignores them. In his recent Dimbleby Lecture, Sir Paul Nurse enjoined scientists to
speak truth to power, and engage more with the public [12]. As a scientist, I have to agree with him, but with the proviso that it is truth we speak,
not the tired shibboleths of well-funded campaigning organisations, or the ersatz invective of facile media commentators who use homeopathy as a
whipping boy [13]. In the eyes of the public, that simply demeans us.

For history shows time and again that the truths of science are relative not absolute, but when believed absolutely (aka scientism, especially when
over-enthusiastically applied in medicine [14-20]), science descends into a bullying quasi-religious dogma [21], ably assisted by lucrative commercial considerations. In a liberal democracy beset by the growing demands of globalized capital, that should worry us all [22], Professor Davis, and as CMO, particularly you.

7 Kirsch I, et al.: Initial severity and anti-depressant benefits: a meta-analysis of data submitted to the Food and Drug Administration. PLoS
Med 2008; 5:e45.

10 Fanelli D: How many scientists fabricate and falsify research? A systematic review and meta-analysis of survey data. PLoS One 2009;4:e5738.

Time to Vote: Should UK Homeopathy be Banned on the NHS?