You are here: Home › Case Reports › Homeopathy for Hangover and Over-Indulgence 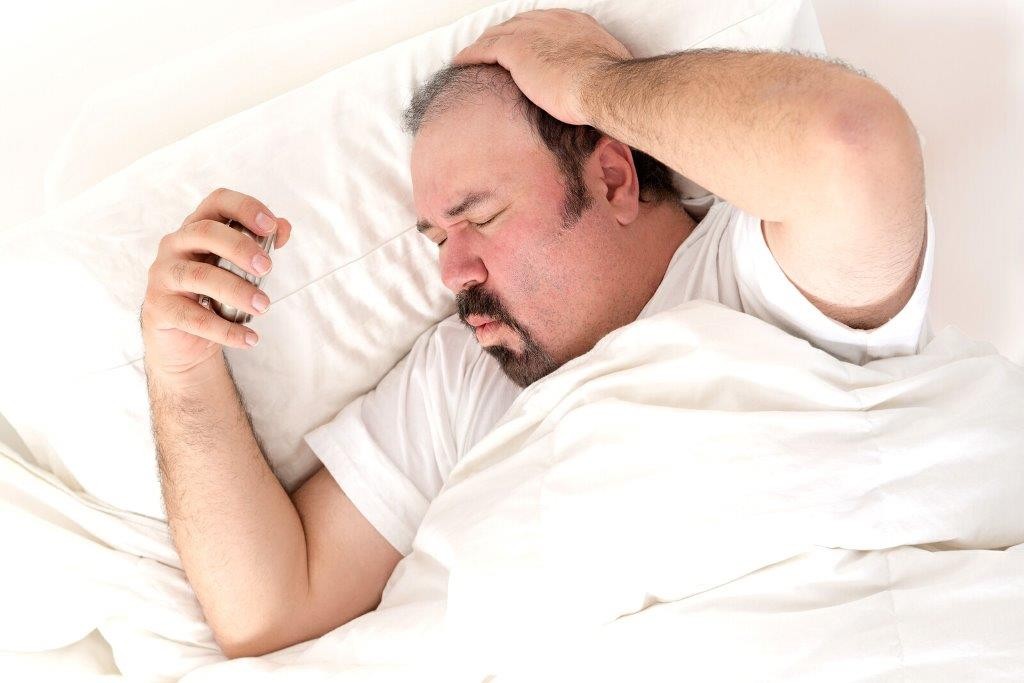 Nux vomica is the infamous “hangover” remedy. When undergoing its homeopathic drug trials, some of the symptoms it produced (and so can treat, according to the Law of Similars), were symptoms similar to those of a hangover. It is also useful when a person has over-indulged on food.

It is the main remedy to have on standby during the festive season to treat symptoms such as: headache or migraine following excessive consumption of alcohol; sensitivity to light, odours, or noise; nausea and vomiting; retching or ineffectual urging with vomiting or diarrhoea; and undigested food sitting like a “rock” in the stomach. Those needing a dose of Nux vomica after over-eating will often say, “If only I could vomit I would feel better!”

Nux vomica types are focused, driven, “type A” personalities. They run a tightly structured work environment in order to optimise output and can be competitive, compulsive and easily angered. In the long-term, such types are prone to exhaustion from the stress they place on themselves and so Nux vomica is also one of our lead remedies for collapse from overwork. People needing Nux vomica are usually chilly and develop a range of complaints that worsen on exposure to cold. They can be prone to migraines, hayfever, cystitis, alcoholism, gastro-intestinal complaints, and insomnia, just to name a few of their complaints. The case below shows a typical example:

David was an executive in a busy manufacturing company. His wife described him as workaholic and said the family had to beg for time with him. David had a reputation for getting the job done, no matter how difficult. His colleagues, while respecting his abilities, knew him to be irritable, impatient, and intolerant of those who did not perform to his high standards.

David did everything quickly – sometimes too quickly. He was on the verge of losing his driver’s license from speeding fines collected in the previous year. He found it difficult to stay within the speed limit or behind cars ahead of him – he had to be in front. David did many things to excess. He used stimulants such as coffee to keep him awake and when it came time to relax, he did that in a big way too with one or two bottles of wine. As a result he suffered frequent hangovers which gave him a fuzzy head and increased his irritability. Indulgence in spicy, fatty food, which he loved, would produce gastro-intestinal complaints such as nausea, bloating or diarrhoea.

David was prescribed the homeopathic remedy, Nux vomica. It perfectly matched his personality, behaviour traits and physical symptoms. He took his first dose following a hangover. Within minutes, his head began to clear and the sour feeling in his stomach resolved. He was very impressed. Ongoing treatment saw improvement in his digestive complaints and the migraines that had plagued him since his teenage years. David’s workaholic tendencies, irritability and drive all began to even out; a blessing to family and work colleagues alike.

Note: If you have been reading many of the cases here, you will know by now that few remedies in homeopathy can be prescribed as “specifics”, that is, the only remedy that will deal with a particular disorder or complaint. Usually, many remedies have to be considered or excluded before an appropriate match for the presenting symptom complex can be found. As a result, homeopathic remedies are rarely offered for sale from this site. Nux vomica is one of the rare exceptions. Nux and Nux alone deals speedily and efficiently with the symptoms of any type of hangover. While it would be preferable not to have the hangover in the first place, Nux will rapidly restore the balance. If you or your friends would like to have your own hangover ‘rescue remedy’ close to hand, please see further details at the end of this article.

Carbo vegetabilis is a homeopathic remedy prepared from vegetable charcoal. In spite of its humble origins, this remedy has an extensive sphere of action within homeopathy. It often goes by the name “the corpse reviver” because of its remarkable ability to rally people from the point of death when symptoms point to its prescription. These include: indifference and apathy; extreme debility or collapse; coldness with an aversion to heat; difficulty in breathing, air hunger and desire to be fanned; unable to lie down – must be propped up; symptoms of heart failure and, extreme bloating, indigestion and belching. These last symptoms make it a useful prescription for over-indulgence, whether the person is at death’s door or not! The following case shows how effective this remedy can be:

Dimitri suffered from indigestion and gastric reflux. This would usually happen late at night, especially if he had eaten late or had more than one glass of beer. Typically, he would wake one or two hours after falling asleep, with hot flushes that would start in his abdomen, move up to his head and down again in a wave-like pattern. With each flush he would feel incredibly hot and gasp for air. Fanning himself would alleviate some of the anxiety that would occur with the flushes.

As the symptoms progressed, Dimitri would feel nauseated and distended in the abdomen. Relief would only come through belching large amounts of air. He graphically said that at these times he did not know whether he wanted to “crap or spew.” Occasionally he could short-circuit things by going for a walk outside in the cool night air. Other times, an explosive bout of diarrhoea would end the episode.

Dimitri was prescribed Carbo vegetabilis, which he took in reducing doses over the next few weeks. During this time all digestive complaints resolved.

Homeopathic Lycopodium has a broad range of action, part of which includes digestive complaints following a faulty diet or over-eating. People who need Lycopodium will nearly always crave sweets and prefer to have cooked food rather than salads, and warm drinks instead of cold. They can have ravenous appetites that increase upon eating (making it a useful remedy for types of bulimia) or appetites that disappear on the first mouthful. They will typically suffer from digestive complaints and bloated abdomens, especially late in the afternoon or early evening. Their tummy will rumble noisily and they can be upset by foods such as oysters, onions and cabbage.

Those who need Lycopodium will frequently suffer from lack of confidence, which may be disguised by bravado or intellectual superiority. Commitment may also be difficult and pressure to commit either in business or in a relationship can trigger many Lycopodium symptoms. Lycopodium types may complain of having one hand or foot colder than the other and of deep cracks in their heels. They can also suffer from dyslexia and get words confused on speaking. A distinct streak of grey within their hair and deep frown lines are also common features. Once again, the remedy can be successfully prescribed for indigestion problems alone when none of these other aspects are present in the case.

Raiding The Fridge at Midnight.

Lycopodium was a suitable remedy in Andy’s case. Andy had just broken off another relationship. While he had liked this last girlfriend, she had started to talk about marriage and Andy was not ready for such a big step. Consequently, the relationship had to end. His main problem now was his ongoing problem of bloating and indigestion. It had really worsened with all that pressure that was being applied. Every afternoon, about 4pm, his abdomen would distend and sour belching would begin. Some of his work mates had joked that he was developing a beer-gut. It did not stop him eating, though. Andy had a ravenous appetite that would often lead to over-eating. He could even wake in the middle of the night from hunger and would go and raid the ‘fridge. The other thing that troubled Andy was his bowel motions. While normal to begin with, they would frequently end with diarrhoea. Nobody else he knew had this sort of problem.

Andy was prescribed homeopathic Lycopodium for his particular combination of symptoms. His digestive upsets were fully resolved during the course of treatment and he began a new relationship. Unfortunately I lost contact with him soon afterwards, but expect that the Lycopodium would have helped with his anxiety about commitment.

Pulsatilla is a remedy frequently prescribed for women or young girls experiencing hormonal imbalances at the time of puberty, menopause, pregnancy, or during the menstrual cycle. They may be highly emotional and weep for comfort and affection. The repeated question, “Do you love me?” often signals the need for Pulsatilla. All symptoms are improved by receiving the wanted love and affection. If this is not received, however, the person feels forsaken and totally alone in the world, becoming even more ‘needy’. Apart from the emotional symptoms, physical symptoms that can develop in a Pulsatilla state include: headaches or migraines at the end of the menstrual period; dry mouth with no thirst; hayfever; colds with greenish discharges; a tendency to conjunctivitis; ear infections (especially in children); menstrual irregularities; types of asthma; and, heel spurs or pain. A person who needs Pulsatilla will usually feel hot, disliking closed stuffy rooms and preferring cool open air. The coolness will often improve their physical symptoms.

Many problems that occur in the digestive field are also well treated by Pulsatilla, making it a useful remedy for forms of over-indulgence. There may be a desire for butter, cream, ice cream or cheese, each of which can cause abdominal bloating or nausea. There may even be an aversion to these foods, instead of the usual desire. There is nearly always an aversion to pork, which will cause digestive upsets if eaten. Indigestion from any rich food or fats is common. As with the other remedies mentioned, Pulsatilla will successfully treat corresponding digestive symptoms even when other Pulsatilla symptoms are not present. All that matters is that the person’s symptoms are found within the Pulsatilla complex and not vice versa.

Monica’s case is one such example. Monica was tired and emotional. She was single and had not been in a relationship for 18 months. She felt so alone – as if no one in the whole cared whether she lived or died. She just wanted to have somebody to love and somebody to love her. As Monica told me her story, big tears trickled unashamedly down her cheeks. She sat fanning herself with a magazine to cool her flushed cheeks. I began to wonder if Pulsatilla would be a helpful remedy for Monica. The remaining information she told me confirmed the choice.

Monica loved fatty food, especially cream and butter, but increasingly it was disagreeing with her. As the food digested, she would bloat and have abdominal pain. Her periods were irregular and when pre-menstrual, she was an emotional mess with her moods swinging from weepiness to irritability. On top of this, she had recently developed heel pain that had been diagnosed as a heel spur.

I prescribed Pulsatilla for Monica and within the month significant improvements had taken place. She reported that her heels were no longer sore and her digestive problems were largely resolved. Even though the day of her follow-up appointment was much warmer than that of the initial consultation, she was not trying to fan herself. She spoke calmly about being single but also about the steps she was taking to meet more people and perhaps find that special “other”. Emotionally, she was in a very different state. With ongoing treatment, Monica’s digestive upsets fully resolved and her menstrual cycle became regular and problem free.