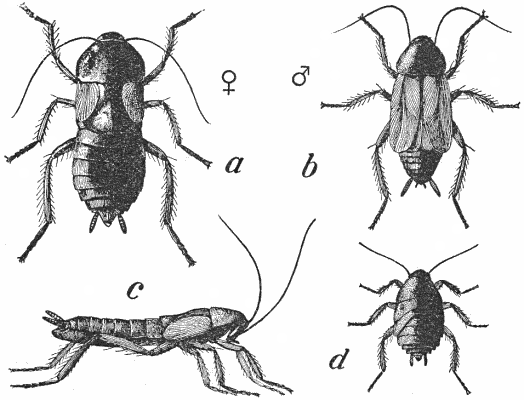 Did you know that homeopathy, in its like-treats-like manner, has been managing asthma-like symptoms with a cockroach remedy for more than 100 years? While cockroaches have been recognised in recent times as a significant trigger for asthma,  Blatta orientalis, the remedy prepared from the oriental cockroach, first came to homeopathic attention and use more than 100 years ago:  an elderly gentleman, after drinking his afternoon cup of tea, noticed his asthma was significantly improved. This had never happened before and on  investigating how that cup of tea made such a difference, he found a dead cockroach in the bottom of the teapot.

Since then, Blatta orientalis has been traditionally used by homeopaths for dyspnoea (difficult breathing), bronchitis, and asthma-like symptoms. It’s also used for types of obesity.

A recent study looked at the anti-asthmatic and anti-anaphylactic activities of Blatta orientalis mother tincture and found it had an anti-anaphylactic action by stabilising mast cells and suppressing IgE and eosinophil cell count. It’s mystifying that the researchers felt they had to take the inhumane step to test the already known effects of a remedy on guinea pigs and rats. Homeopathy has never had to resort to animal models in the past and it seems like a backward and very allopathic step to start doing it now.

Where Do I Find the Evidence for Homeopathy?