You are here: Home › Your Story › My Mother’s Parkinson’s Disease 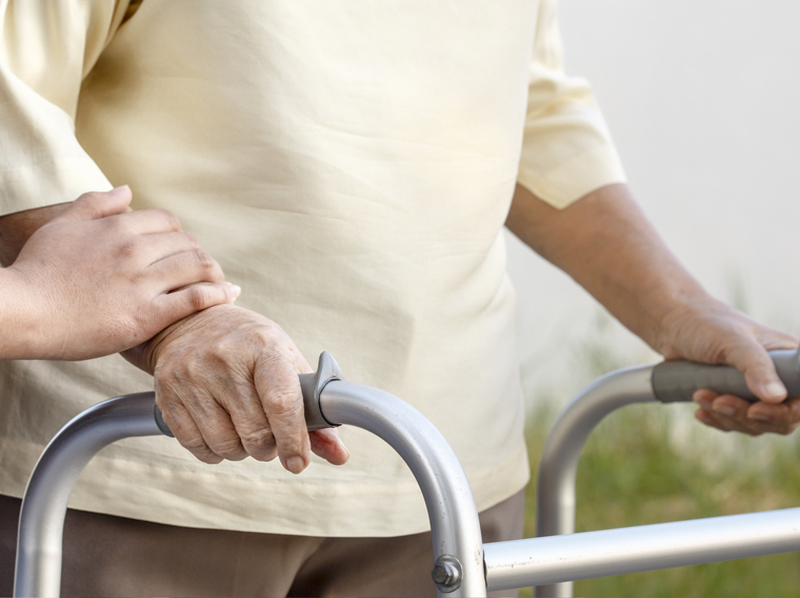 My mother has suffered with Parkinson’s Disease for at least the last ten years. Her most debilitating symptoms include: insomnia, anxiety, cramping, muscle weakness, burning pains in her legs and palsy. We began experimenting with Magesium phosphoricum (Mag phos) for the cramping and Arsenicum album (Ars.) for the anxiety and she has had great results with both these remedies. Her most debilitating symptom, though, was her inability to achieve more that 3-4 hours sleep per night and we just didn’t seem to be making any headway with it. The doctor had supplied a prescription for sleeping pills but Mum doesn’t like to take them too often. When she does take them (and when they work) she gets a decent night’s sleep and she is like a different woman the next day.

I was looking through the Homeopathy Plus! Website and noticed an article in the “clinic” section dealing with insomnia. I printed this off and took it with me to Mum’s, thinking we could look at the various remedies it recommended and see whether any of them would suit. The first recommendation was Arsenicum album which we had already been using so we continued our search.

When we came across Lycopodium it looked promising. Mum had her Ainsworths home use kit there so we cross-checked for more information in the kit’s remedy prescriber and the symptoms seemed to match very well: her symptoms always began on the right side, 4.00pm everyday was a particularly bad time for her and her lack of confidence has always been hidden behind a ‘brave face’.

The timing was perfect! She was beginning to get anxious that she had forgotten my sister-in-law’s birthday. Just as Mum began to reach for the Arsenicum album I suggested she try the new remedy and made up a liquid remedy from a pillule in her kit. First dose – nothing. I waited half an hour and gave her another dose – nothing at first and then she described how “it seems to be beginning to work around the edges”. Finally, on the third dose half an hour later…..sweet relief! The palsy in her faced stopped, the cramping in her right arm, hand, leg and foot stopped, the pain in her legs eased and she no longer felt anxious. I also encouraged her to call my sister-in-law to set her mind at rest!

Within 15 mins, Mum was dozing off in her chair. When the symptoms returned again at 4.00pm like clockwork, I gave her another dose and she felt the benefit straight away. Clearly, a really effective constitutional remedy for my Mum at the moment. Sometimes it takes a few doses but ultimately, it works a treat. Thanks homeopathy!

Again and again homoeopathy has shown it can relieve the symptoms of complaints that would otherwise make life miserable for many people. Homoeopaths have seen it (which is one of the joys of practising homoeopathy), their patients have seen it, and those who have learnt a little about homeopathy and have used it with family and friends have also seen it.

Sharon has been using homoeopathy for her own complaints for a while now but this was the first time she felt confident enough to take a really good look at her mother’s symptoms and match them up completely with a remedy – and Lycopodium looks like it’s been a winner!

How far Sharon’s mother improves is still to be seen, but it is worth noting that chronic conditions such as Parkinson’s disease eventually need deeper treatment than can be expected from home prescribing. Chronic problems such as Parkinson’s disease usually respond more slowly to the early doses of a homeopathic remedy than acute problems such as a sprain or cold do,  so Sharon’s mother has done very well indeed. Hopefully, after such a promising start with Lycopodium, she will consider taking homeopathy further.

Anyone can learn to use homoeopathy to help themselves and others with self limiting, acute complaints – coughs, colds, headaches, tummy upsets, and the like. These minor complaints (that often don’t feel so minor) respond beautifully to homoeopathy when the home prescriber understands:

1. How to identify the key symptoms

2. How to match the remedy to those symptoms, and

In the process, antibiotics and analgesics and other disruptive medicines could be avoided while the sufferer is gently but rapidly returned to health.