You are here: Home › Know Your Remedies › Kali bichromicum (Kali-bi) 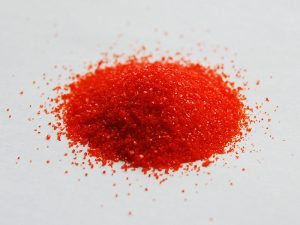 Kali-bi is prepared from potassium bichromate, a common chemical reagent with many industrial and laboratory applications.

Homeopathic Kali-bi is used for thick, gluey or ropey discharges from the mucous membranes. The person may have pains in small spots (able to be covered by a thumb) such as occur with sinusitis. Arthritic pains may move from joint to joint or alternate with respiratory or gastrointestinal symptoms and ulcers have a ‘punched-out hole’ appearance. They often feel chilly, gloomy and irritable and have a reputation for being ‘long-winded’, conservative and narrow-minded.

When the remedy matches the symptom profile, Kali bi has the ability to treat conditions such as allergy, arthritis, bronchitis, croup, headache, nasal polyp, obesity, sinusitis, gastric or skin ulcers.