You are here: Home › Know Your Remedies › Ledum palustre (Led-p) 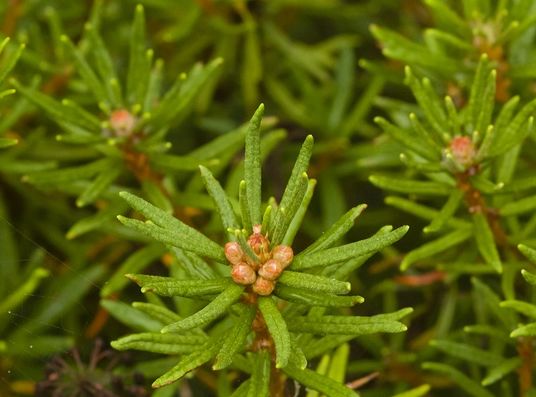 Ledum Palustre, also known as Marsh Tea or Wild Rosemary, is a flowering evergreen shrub that grows to a height of 1 metre. Past uses have been in beer brewing, treatment of puncture wounds, and as a moth deterrent.
Homeopathically, Ledum is used for insect bites, puncture wounds, and cold swellings or bruises which feel much better for ice-cold applications. Chronic complaints such as rheumatism and gout start in the feet and lower limbs first, moving up the body. They also improve with ice-cold applications. Ankles sprain easily. The person may be cross and surly.

When the remedy matches the symptom profile, Ledum has the ability to treat conditions such as alcoholism, bites and stings, cold bruising, elephantiasis, gout, purpura,rheumatism, sprains, wounds.