You are here: Home › Case Reports › Osteomyelitis … Until Homeopathy 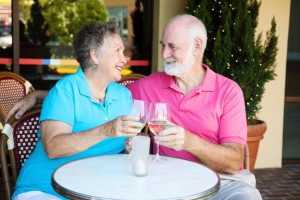 63-year-old Ron battled a bone infection for over 19 years. It began with a motor vehicle accident, in which several ribs plus an arm were fractured and his left femur was shattered. The breaks in his ribs and arm healed uneventfully, but an infection took root in his femur.

A bone infection, known as osteomyelitis, is most commonly caused by bacterial contamination during injury or surgery. The symptoms include a general feeling of unwellness, bone pain, muscle spasm, fever, and a pustular discharge that regularly escapes from the infected bone via a sinus opening onto the skin. This discharge often contains slivers of dead bone.

Conventional medicine treats osteomyelitis with prolonged intravenous antibiotics and bed-rest. At times, surgery may be necessary to scrape and remove the dead bone, tissue and pus. Because bone has a limited blood supply it is difficult to get the antibiotics to the seat of infection. As a result, osteomylelitis is often a severe and difficult condition to treat and may last a lifetime. This was true in Ron’s case.

Ron’s treatment following his accident started well; doctors operated on his femur and joined it together with a strip of metal and screws (pin and plate) so that new bone could grow and the fracture heal. But a week later, Ron developed a fever and increasing leg pain. His doctors ordered a scan which showed osteomyelitis – an infection had entered his bone at the time of surgery. Ron was immediately started on intravenous antibiotics via a drip in his arm. The pin and plate, now acting as a home for the bacteria, was removed.

In the years following, Ron underwent nine separate operations on his leg. On each occasion, the dead flesh and bone was scraped away and intravenous antibiotics administered. For Ron, this involved considerable pain, lengthy stays in hospital, and disruption to work and family life. Because the ongoing infection had weakened the bone, his femur even re-fractured at one stage.

Ron arrived for his first homeopathic appointment following a particularly damaging and unsuccessful round of antibiotics. Because of their toxicity they had been used as a last resort but were stopped because of the damage they caused to his liver. With little hope but a lot of encouragement from his daughter, Ron decided to see what homeopathy could do.

Ron arrived for his appointment, walking with a limp, with two sinuses discharging watery grey fluid, and feeling unwell. He told me that small bits of bone were being flushed out with the discharge. As I asked some questions and listened to what Ron told about his infection and other problems, a symptom-picture emerged of the likely remedy for returning Ron to health.

Apart from the osteomyelitis symptoms, he experienced heartburn following his evening meal; hot flushes that rose to his head and caused him to perspire; hot feet that he poked out from under the bed covers at night; a frequently numb right hand, and sleeplessness in which he would get up for several hours each night and eat from hunger. Ron also enjoyed his beer, disliked cats, and avoided fans and drafts. Based on this combination of symptoms, I prescribed the indicated homeopathic remedy, dosed twice a week.

Two weeks later, Ron arrived for his first follow-up appointment with a smile on his face. For first time in 19-years he was pain-free and walking without a limp. His discharge had significantly lessened and there was a 60% improvement in his sleeplessness. The numbness in his hand occurred less often and for shorter periods, and his heartburn was greatly improved. He said, for the first time in years, he felt well.

Ron continued to improve over the course of the next few weeks – his recovery was startling, even by homeopathic standards. His heartburn, numbness and insomnia ceased completely and the discharge from his thigh stopped. Six weeks later,* his GP and specialist gave him a clean bill of health. As he said to me at his final appointment, “Time for a holiday and back to the fishing.”

*Confession: Ron’s improvement was amazingly rapid. When I first wrote of his story, many years ago, I thought no one would believe that such an entrenched and serious case of osteomyelitis could be cured so quickly. To make the account more “believable” I had extended the time it took to cure the osteomyelitis to 6 months but in reality it was only 6 weeks – something I have now corrected. How do I know this infection was completely cleared in such a short space of time? Because at the 5 – 6 week point, Ron had a fall on a set of slippery stairs. He was in pain and with his leg bruised and missing skin, was frightened he had re-fractured his femur. His friends called an ambulance which took him to the local hospital. Everyone was delighted when xrays showed a completely intact femur with no sign of the osteomyelitis that had plagued him for 19 years.

Many homeopathic remedies treat osteomyelitis but each works only when it matches the symptom totality of the sufferer –  one remedy will not do the work of another. The remedy that did so well for Ron does not suit all cases of osteomyelitis.

We used to include the name of the remedy needed by Ron in this article but regulating authorities say that is no longer permissible. We have retained the list of symptoms that relate to this particular remedy so that those familiar with homeopathy may have the pleasure of identifying which one it is.

The homeopathic preparation of Xxxxxxx is one of homeopathy’s biggest “polycrests”. This means it is able to treat a wide range of symptoms and conditions in a large number of people. Those in a Xxxxxxx “state” will generally be one of two types – the philosophical thinker, who is so engrossed with his own thoughts that he loses touch with day to day affairs, or the practical idealist who is enthusiastic and generous, interested in interacting with others.

Ron’s personality included many of those latter traits. Those who need Xxxxxxx can develop virtually any physical illness. They are usually warm-blooded and experience surges of heat to either head or feet. They often sweat excessively, develop “weekend” headaches and are prone to conjunctivitis that feels as though there grains of sand are the eyes. Eyes may be red-rimmed and skin eruptions, itchy. Xxxxxxx types lack appetite in the morning and tend to skip breakfast, suddenly becoming hungry at 11am and, as in Ron’s case, may become hungry in the middle of the night. Diarrhea is a frequent symptom, especially first thing in the morning, and anal itching is often a problem. A love of beer is common, as is a dislike of cats, and those needing Xxxxxxx are often sensitive to and complain about drafts – just like our Ron!