You are here: Home › Your Story › Collapsed Lung and Homeopathy 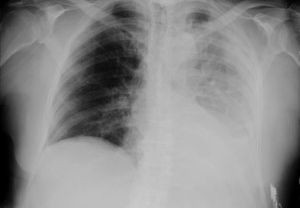 My stay in hospital began with a heart attack. I was sitting at home when I started to get excruciating pains in my chest. An ambulance was called and I was taken to hospital where it was diagnosed as a heart attack.

This began a period of six months in which it was thought on several occasions that I could die.

Although the problem with my heart was fixed within a few days, other unexpected problems arose from my treatment (often from the medication I was taking, it seemed) which led to me being in hospital for six months.

The worst was toward the end when I developed a chest infection which was diagnosed as pneumonia. I was transferred to a respiratory ward and given antibiotics into my veins, and as tablets, plus a pile of other medicines but I just kept getting worse until I was having very great difficulty breathing.

It got to the stage where I could not say anything because I needed every breath and I was on oxygen which did not seem to be helping.

One night I lay there all night unable to breathe and frightened to move, being quite sure that I was going to die. At this stage I had had a PICC line inserted deep into my vein to allow for long term antibiotics and had been receiving what I was told were the heaviest antibiotics – to no avail.

After some weeks of this treatment I was told that my left lung had collapsed and was now surrounded by a large amount of septic fluid. (The scan and x-ray accompanying this story are of Max’s lung – Ed.) 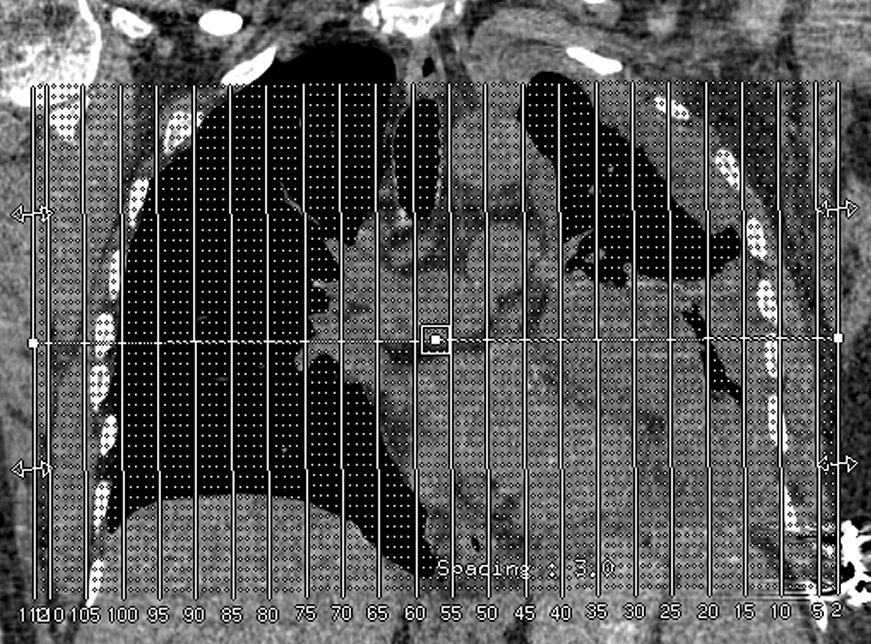 I was sent for what was called ultrasound guided drainage which could only remove less than 2ml. I was told this was because the fluid around the lung was now too thick and congealed to be removed by that process. By now, fluid was also starting to build up in my right lung.

A procedure was set in place for a visiting surgeon to operate on the left lung. This was organised on the Monday and was to take place when he next visited on the following Friday.

By this time I was very sick and my wife spoke to the doctors about trying homeopathy before the surgery. She was told  that nothing but the surgery could help my lung as they had tried everything else and the fluid around it had now congealed and was likely to be very infected.

My wife still organised that a homeopath look at what was wrong with me and on Tuesday evening she (my wife) came to visit with a little bottle and squirted a few drops of the homeopathy into my mouth.

That night I could breathe better, not by much, but certainly better, and I felt a lot less stressed. I also slept for quite a few hours which were the longest I had slept for months.

My wife told me I was to take a dose of the homeopathy as needed so I took another dose first thing in the morning and every few hours during the day.

By Thursday morning I could do without the oxygen and later that day asked my doctor to check my lungs as I felt so much better. He said that even though I was breathing better I would still need the operation because the lung would not be able to re-inflate itself.

As I was hoping to avoid the operation and had told my doctor that I did not want to go ahead with it, he gave me an x-ray that afternoon. Shortly after my doctor came and said he was prepared to defer the operation as there had been a remarkable improvement and my lungs were looking much better. I was breathing well too. I bet that you could see the smile on my face for miles with that news.

From then on I continued to improve. I was still very weak from months of being confined to bed but I didn’t want to push my luck any further so I left the hospital as soon as I could.

I have been home for a few weeks now and consider myself lucky to be alive. I’m continuing to improve and am using the homoeopathy for my other problems.

Our bodies try to heal themselves when sick but sometimes suppressing symptoms with orthodox medicines works against this process.

This is what was happening with Max. He had been in 4 different hospitals, managed by 6 different specialists and placed on more than 22 different medications and by the time he decided to try homeopathy, he was worse than at the beginning of all that treatment. In fact, Max’s account of his story only covers part of the dire situation he was in. Much of it is unremembered with it because of the increasing mental confusion that accompanied his illness.

A person’s symptoms are much more important for prescribing a homeopathic remedy than the name of their disease. A quick assessment of Max’s symptoms – the most prominent of which were pneumonia, pleural effusions, probable empyema, wheezing and gasping, extreme hotness with and without fever, drenching perspiration, flushed face, craving for soup and liquid foods, dislike for meat, confusion and delusions, irritability and haughtiness with those caring for him – quickly revealed the needed remedy.

Once given, the change was remarkable but nothing more than what is expected with a well-chosen remedy. It’s only when symptoms are continually suppressed  (rather than mimicked as with homeopathy) that the body starts to struggle in its own healing efforts. And if that suppression is through harsh chemical drugs and the unknown interactions between them, the body can be overwhelmed – something that was certainly happening with Max.

Once he was prescribed the needed treatment – one that worked with his symptoms rather than against them – his body started to recover. The remedy indicated by Max’s symptoms (and not just the empyema and collapsed lung) was homeopathic Sulphur. Within a week or two of commencing it he was back home with his family and breathing well.

Today, Max is off those 22 different medications and continues to improve but still uses homeopathy on occasions for other problems that developed during the hospitalisation. With a little more time, they too should be less of an issue.