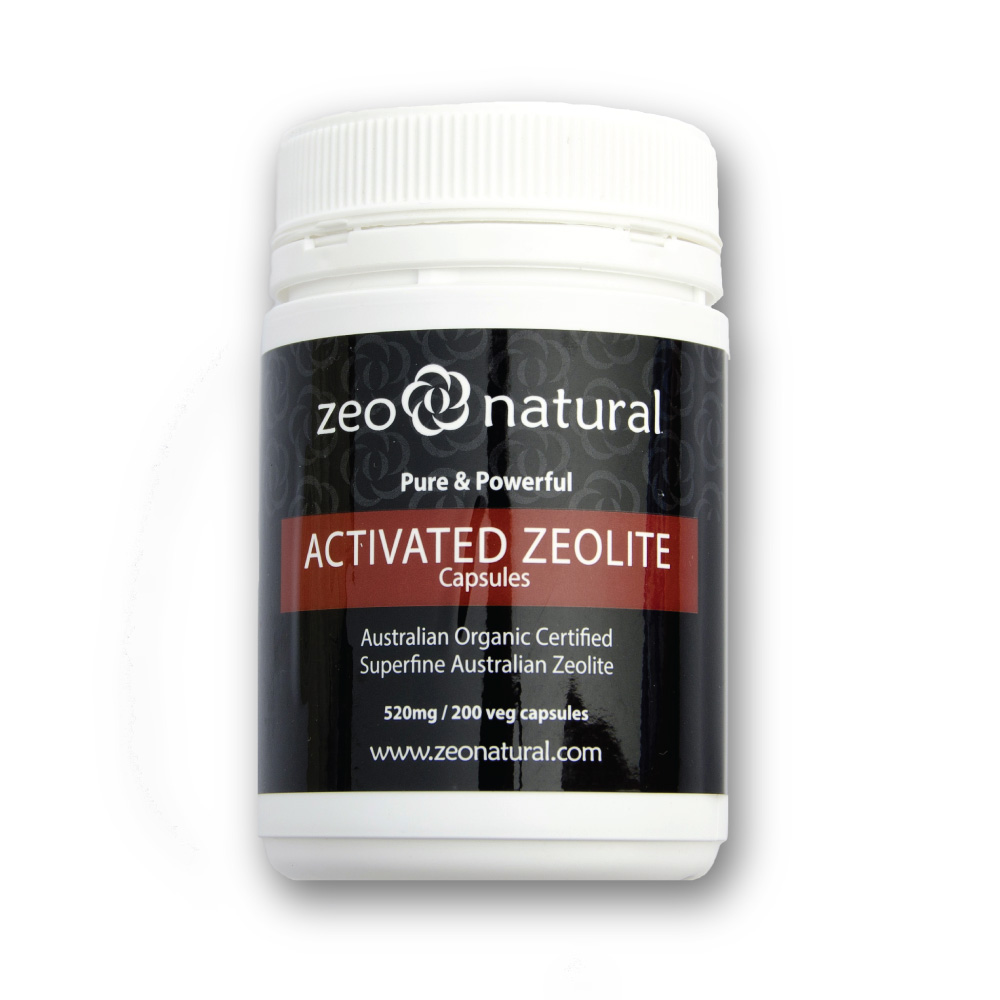 Recommended Dosage: 1 – 3 capsules with a glass of water twice a day. (Start with 1 capsule per day for early detoxification of heavy metals and increase gradually over a 1 – 2 week period to 3 capsules a day.)

Versatile zeolite (clinoptilolite) is used in many ways around the world for the removal of toxic pollutants that would otherwise harm health.

Activated zeolite has been through an additional four-stage process of heat treatment to remove water from its internal structure so that its surface area is increased and detoxification abilities enhanced.

Heavy metals such as mercury, lead, aluminium and cadmium, volatile organic compounds and radionuclides are drawn into the structure of each activated zeolite particle where they are then captured and permanently bonded for removal via the gut from the body.

At the same time zeolite can also bind bacteria onto its surface while bacterial spores, viruses and some microbial toxins are also trapped within its structure.

Australia, where a thick covering of rock has protected natural and organic deposits and ensured purity from modern-day pollution, contains the purest zeolite deposits in the world.

How and When to Take Zeolite and Zeolite + Fulvic/Humic Products

The Dangers of Heavy Metal Toxicity

How to Choose a Pure, Safe Zeolite Powder