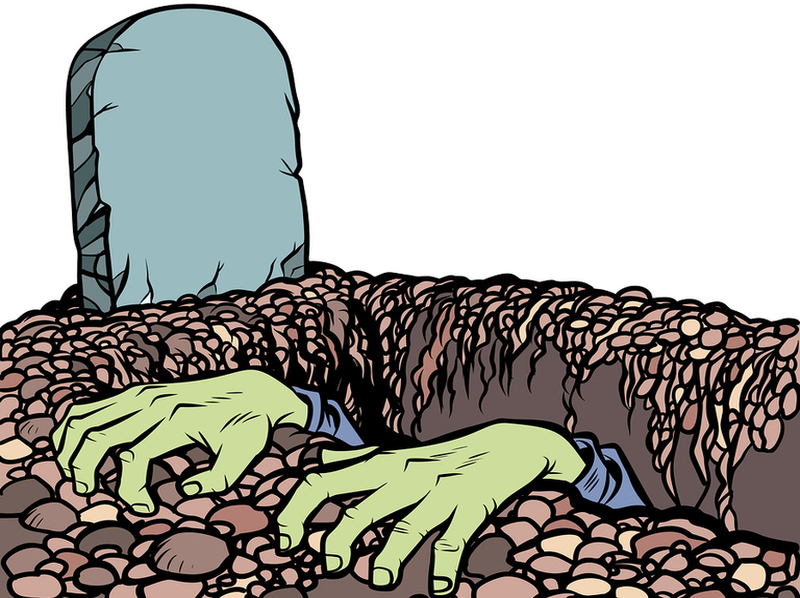 Answer:  Carbo vegetabilis (Carb-v.) is a homeopathic remedy that has been given the memorable nickname, ‘The Corpse Reviver’.

Carb-v is prepared from vegetable charcoal and while it’s used for several minor problems, it’s best known for its seemingly miraculous ability, in some circumstances, to revive people or animals close to death.

Today, outside of homeopathy, this ability is not well-known but in the past medical doctors regularly used it for conditions that seemed hopeless.

The following are just two accounts.

During the terrible epidemic of typhoid fever in Ithaca a few years ago I was called in consultation in four cases.

One of the worst was as follows : After I had seen three light cases with the physician who called me, we were walking on the street and met a man who shook hands with the doctor ; introduced me to him, and the inquired of him about another case (his niece). He answered, there is no hope. Two physicians have just left her to die.

Dr. E. then told him that I was there to counsel him. Well, said the man, my brother is poor, but if your doctor will see her I will pay the bill.

She was certainly in an apparently hopeless condition. She had had no movement of the bowels for fourteen days, notwithstanding old school cathartics in abundance, and they had informed the family that the bowels were paralyzed and would never move again.

The abdomen was enormously distended. She laid upon her back with her knees propped up. She was cold, and pulse flickering and weak, hippocratic face, and they were fanning her to try to give her breath. There was no restlessness like Arsenicum (Ed. Note: another homeopathic remedy used for similar symptoms). She was past that.

In answer to the doctor’s look, I said there was but one small chance left, and I felt it. We dissolved some pellets of Carbo-veg 200 in water, with directions to give a teaspoonful once in two hours, and let us know if she was alive in the morning.

She was alive in the morning and better, and under the remedy the bowels moved naturally in a couple of days, the tympany rapidly gave way. The Carbo-veg was followed by China 200, and the girl recovered. (1)

On the other side of the world, Dr Margaret Tyler, a key figure in British Homeopathy at the beginning of the 20th century and doctor at the London Homeopathic Hospital for over 40 years, wrote of one child:

One has seen that in one extreme case, in especial, the sort of case one does not forget, and which one quotes to show what Carbo veg. can do in the most desperate conditions, where the symptoms agree.

It was a small girl with heart disease, and an acute exacerbation supervening that was abruptly ending her young life.

She had a pneumonia with pleural effusion. An endocarditis with pericardial effusion, and one morning, when the Physician was going his round accompanied by several other doctors, she was found lying forward on the supports that had to be provided, because she could not rest otherwise, cold, white, unconscious; just alive, because she was still giving the infrequent sharp gasps of the dying.

Carbo veg. (I think 200) was quickly administered, while one of the doctors of wide experience exclaimed, “I’ll eat my hat if that child lives!” But before the ward round was finished she had regained warmth and consciousness — death had passed on!

And, under Kali carb. (the complementary remedy, by the way!) she got well, so far as the damaged heart would permit.

It is such experiences that have gained for Carbo veg. the name “corpse reviver.” (2)

Some of the life-threatening conditions in which Carbo-v. earnt it’s fame – as long as the symptoms indicated its prescription – were:

The specific symptoms that indicated a need for Carbo-v. were:

Today, nothing has changed – these life-threatening symptoms still respond to Carb-v.

But it’s not all about ‘pulling people back from the brink’. Carbo-v. also treats minor complaints such as: hayfever; flatulence; dark or bluish ulcers that refuse to heal; and hoarseness or loss of voice – BUT only if other symptoms from the Carb-v. picture are present. It’s amazing how one little remedy can do so much more than just revive a corpse.