You are here: Home › Homeoprophylaxis/Vaccination › The 1918 Flu Pandemic 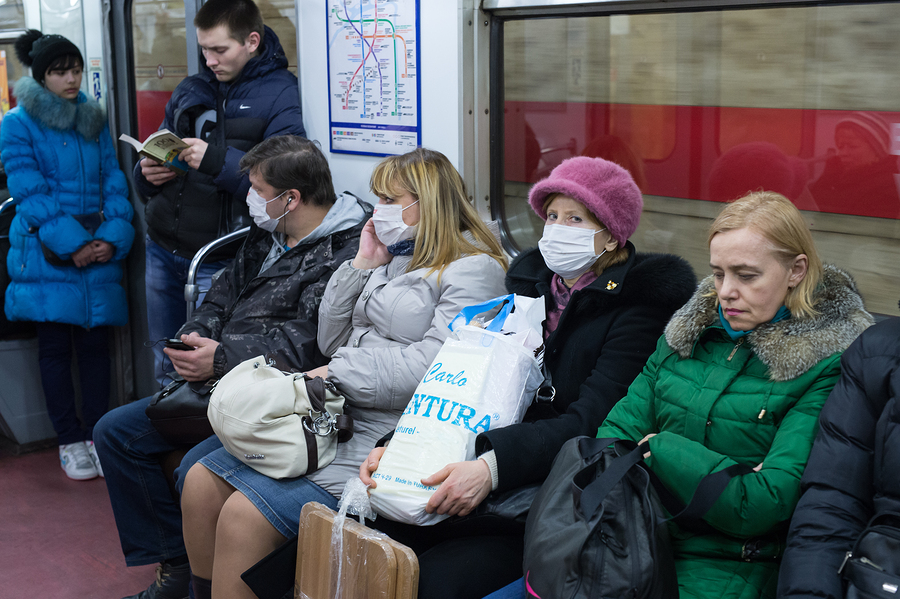 (From: J. Winston. 1999. The Faces of Homeopathy. Great Auk Publishing. Wellington: New Zealand.)It is hard to imagine the devastation caused by the flu epidemic of 1918-19. People who lived through it reported that someone who was up and well in the morning could be dead by evening.

It was about as deadly as the Black Death. Twenty million people died world-wide. Twelve and a half (12.5) million died in India alone – four percent of the population. In the United States, 548,000 people died in the epidemic.

The following is an extract from an article entitled “Homeopathy in Influenza- A Chorus Of Fifty In Harmony” by W. A. Dewey, MD from the Journal of the American Institute Of Homeopathy in 1921.

* Dean W. A. Pearson of Philadelphia collected 26,795 cases of influenza treated by homoeopathic physicians with a mortality of 1.05%, while the average old school mortality was 30%.

* Thirty physicians in Connecticut responded to my request for data. They reported 6,602 cases with 55 deaths, which is less than 1%. In the transport service I ha 81 cases on the way over. All recovered and were landed. Every man received homoeopathic treatment. One ship lost 31 on the way. – H. A Roberts, MD, Derby, Connecticut

* In a plant of almost 8,000 workers we had only one death. The patients were not drugged to death. Gelsemium was practically the only remedy used. We used no aspirin and no vaccines. – Frank Wieland, MD, Chicago

* I did not lose a single case of influenza ; my death rate in the pneumonia was 2.1%. The salicylates, including aspirin and quinine, were almost the sole standbys of the old school and it was a common thing to hear them speaking of losing 60% of their pneumonias. – Dudley A. Williams, MD, Providence, Rhode Island

* Fifteen hundred cases were reported at the Homoeopathic Medical Society of the District of Combia with but fifteen deaths. Recoveries in the National Homoeopathic Hospital were 100% – E. F. Sappington, MD, Philadelphia.

* I have treated 1,000 cases of infuenza. I have the records to show my work. I have no losses. Please give all credit to homoeopathy and none to the Scotch-Irish-American! T. A. McCaan, MD, Dayton, Ohio.

* One physician in a Pittsburg hospital asked a nurse if she knew anything better than what he was doing, because he was losing many cases. “Yes, Doctor, stop aspirin and go down to a homeopathic pharmacy, and get homeopathic remedies.” The Doctor replied: “But that is homeopathy.” “I know it, but the homeopathic doctors for whom I have nursed have not lost a single case.”

“In reading accounts of the epidemic it seems many deaths were caused by a virulent pneumonia that was especially devastating to those who depressed their system with analgesics, the most common being aspirin. Raymond Seidel told me he decided to become a homeopathic doctor when he was 10 year old delivery boy for a local homeopath. He said, “I saw that the people who were taking aspirin were dying, and about half of those who were drinking a lot of whiskey were dying, and those receiving homeopathic remedies were living.”

Homeopathy During the 1918 Flu Pandemic

Free Yourself from Sinusitis