You are here: Home › Education › The Cinchona Experiment

Homeopathy was born at a time when the practice of conventional medicine was in its infancy and largely unregulated. 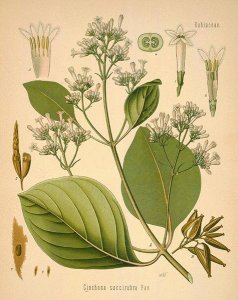 who had the misfortune to fall ill ran the risk of being dosed with toxic mixtures of lead, mercury and arsenic, or treated with leeches. Blood-letting, purging and blistering were standard practices.

For many, the cure was worse than the complaint and deaths from treatment rather than disease were common.

It was in this milieu that Samuel Hahnemann, founder of homeopathy, began his study of medicine.

On graduating from the University of Erlangen, Germany in 1781, he set up practice as a medical doctor.

His writings from this period show that he was soon disillusioned by the practices of the day.

Concerned about harming those who came for help, and unable to relieve the suffering of his own sick children, Hahnemann stepped away from medicine in 1790.

To support his large family he developed applications in chemistry translated foreign medical texts into his native German.

While translating a text about cinchona bark (from which quinine is derived), Hahnemann conducted an experiment that was to change the course of his life, and the future of many others to come.

The text argued that Cinchona was effective in the treatment of malaria because it was bitter and astringent.

Hahnemann knew that other herbs with the same properties did not help malaria, so, why was cinchona bark effective when others weren’t?

In an experiment that spearheaded Homeopathy’s entry into the world, Hahnemann decided to test the bark on himself.

After taking the first dose he fell ill for a period with symptoms similar to those of malaria: fever, thirst, drowsiness, palpitations, anxiety, and muscle and joint pain.

Undaunted, he repeated the dose, and each time, the same thing happened.

Hahnemann wondered from this experiment if Cinchona bark eased the symptoms of malaria, not because it was bitter and astringent, but because it could produce malaria-like symptoms in healthy people.

He was to test this hypothesis on himself, family, and other healthy volunteers in the ensuing years and with each substance tested, discovered that it would produce in the healthy, symptoms similar to what it could treat.

Six years after that first Cinchona experiment, Hahnemann felt he had enough evidence to release his findings to the scientific and medical community of the day.

In a landmark essay titled, A New Principle for Ascertaining the Curative Power of Drugs, he explained the new phenomenon he had been witnessing and provided numerous examples and case histories.

The concept of ‘like treats like’, noted since the time of Hippocrates, had finally been validated by this polymath. The year was 1796 and to this day it is considered the birth year of homeopathy.

China officinalis (Cinchona bark) – What Does it Treat? 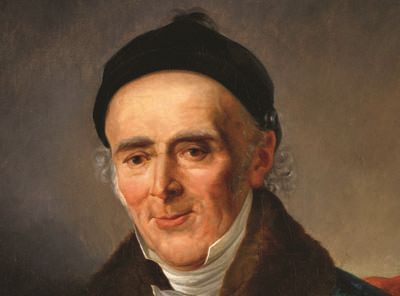 China is the name of the homeopathic medicine used in that first experiment by Samuel Hahnemann.

Originally known as Cinchona (or Peruvian) bark, it is now known in homeopathy by its Latin name of China officinalis.

The physical symptoms that Hahnemann experienced after taking a dose of China were: cold feet and finger tips; drowsiness; palpitations; quick hard pulse; intolerable anxiety and trembling; weakness in all limbs; unpleasant sensation in the periosteum of bones; rigidity of joints; pulsation in the head; redness of cheeks; fever; and thirst.

Those symptoms are very similar to those experienced by malaria sufferers and in homeopathy, act as a guide to the symptoms China will treat.

Repeat testing of China by Hahnemann and other volunteers since has shown that it is also useful for: complaints arising from loss of body fluids; symptoms that reoccur every two or seven days; symptoms worsened by light pressure but relieved by strong pressure; autumn asthma; types of gallbladder disease and colic; flatulence with bloating; insomnia from elated thoughts; and a fear of animals.

With clinical use, homeopaths have further observed that mental-emotional symptoms also accompany China’s physical symptoms, and that one or more of the following may be present: irritability; easy offence or paranoia; mood swings; poetic or artistic ability; grandiose thoughts and fantasies prior to falling asleep which then, in the morning, appear foolish.

It is one remedy they may use with moody, sensitive, and idealistic teenagers or adults … with or without malaria.