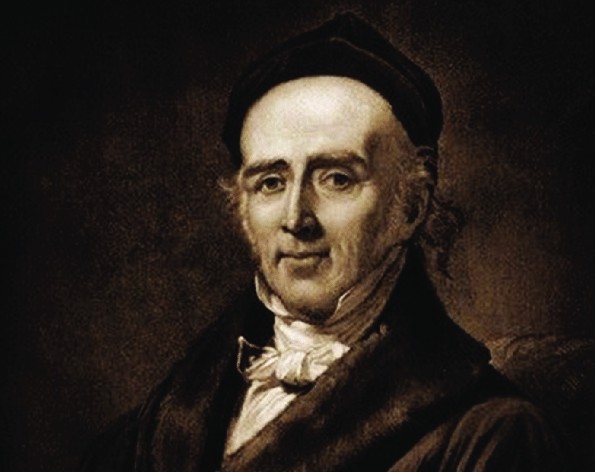 § 232
These latter, alternating diseases, are also very numerous,1 but all belong to the class of chronic diseases; they are generally a manifestation of developed psora alone, sometimes, but seldom, complicated with a syphilitic miasm, and therefore in the former case may be cured by antipsoric medicines; in the latter, however, in alternation with antisyphilitics as taught in my work on the Chronic Diseases.

1 Two or three states may alternate with one another. Thus, for instance, in the case of double alternating diseases, certain pains may occur persistently in the legs, etc., immediately on the disappearance of a kind of ophthalmia, which latter again appears as soon as the pain in the limbs has gone off for the time – convulsions and spasms may alternate immediately with any other affection of the body or some part of it – in a case of threefold alternating states in a common indisposition, periods of apparent increase of health and unusual exaltation of the corporeal and mental powers (extravagant gaiety, extraordinary activity of the body, excess of comfortable feeling, inordinate appetite, etc.) may occur, after which, and quite unexpectedly, gloomy, melancholy humor, intolerable hypochondriacal derangement of the disposition, with disorder of several of the vital operations, the digestion, sleep, etc., appear, which again, and just as suddenly, give place to the habitual moderate ill-health; and so also several and very various alternating states. When the new state makes its appearance, there is often no perceptible trace of the former one. In other cases only slight traces of the former alternating state remain when the new one occurs; few of the symptoms of the first state remain on the appearance and during the continuance of the second. Sometimes the morbid alternating states are quite of opposite natures, as for instance, melancholy periodically alternating with gay insanity or frenzy.

§ 233
The typical intermittent disease are those where a morbid state of unvarying character returns at a tolerably fixed period, while the patient is apparently in good health, and takes its departure at an equally fixed period; this is observed in those apparently non-febrile morbid states that come and go in a periodical manner (at certain times), as well as in those of a febrile character, to wit, the numerous varieties of intermittent fevers.

§ 234
Those apparently non-febrile, typical, periodically recurring morbid states just alluded to observed in one single patient at a time (they do not usually appear sporadically or epidemically) always belong to the chronic diseases, mostly to those that are purely psoric, are but seldom complicated with syphilis, and are successfully treated by the same means; yet it is sometimes necessary to employ as an intermediate remedy a small dose of a potentized solution of cinchona bark, in order to extinguish completely their intermittent type.

§ 235
With regard to the  intermittent fevers,1 that prevail sporadically or epidemically (not those endemically located in marshy districts), we often find every paroxysm likewise composed of two opposite alternating states (cold, heat – heat, cold), more frequently still of three (cold, heat, sweat). Therefore the remedy selected for them from the general class of proved (common, not antipsoric) medicines must either (and remedies of this sort are the surest) be able likewise to produce in the healthy body two (or all three) similar alternating states, or else must correspond by similarity of symptoms, in the most homoeopathic manner possible, to the strongest, best marked, and most peculiar alternating state (either to the cold stage, or to the hot stage, or to the sweating state, each with its accessory symptoms, according as the one or other alternating state is the strongest and most peculiar); but the symptoms of the patient’s health during the intervals when he is free from fever must be the chief guide to the most appropriate homoeopathic remedy.2

1 The pathology hitherto in vogue, which is still in the stage of irrational infancy, recognizes but one single intermittent fever, which it likewise termed ague, and admits of no varieties but such as are constituted by the different intervals at which the paroxysms recur, quotidian, tertian, quartan etc. But there are much more important differences among them than what are marked by the periods of their recurrence; there are innumerable varieties of these fevers, some of which cannot even be denominated ague, as their fits consist solely of heat; others, again, are characterised by cold alone, with or without subsequent perspiration; yet others which exhibit general coldness of the surface, with a sensation on the patient’s part, or whilst the body feels externally hot, the patient feels cold; others, again, in which one paroxysm consists entirely of a rigor or simple chilliness followed by an interval of health, while the next consists of heat alone, followed or not by perspiration; others, again, in which the heat comes first and the cold stage not till that is gone; others, again, wherein after a cold or hot stage apyrexia ensues, and then perspiration comes on like a second fit, often many hours subsequently; others, again, in which no perspiration at all comes on, and yet others in which the whole attack consists of perspiration alone, without any cold or hot stage, or in which the perspiration is only present during the heat; and there are innumerable other differences, especially in regard to the accessory symptoms, such as headache of a peculiar kind, bad taste of the mouth, nausea, vomiting, diarrhoea, want of or excessive thirst, peculiar pains in the body or limbs, disturbed sleep, deliria, alterations of temper, spasms, etc., before, during or after the sweating stage, and countless other varieties. All these are manifestly intermittent fevers of very different kinds, each of which, as might naturally be supposed, requires a special (homoeopathic) treatment. It must be confessed that they can almost all be suppressed (as is often done) by enormous doses of bark and of its pharmaceutical preparation, the sulphate of quinine; that is to say, their periodical recurrence (their typus) may be extinguished by it, but the patients who suffered from intermittent fevers for which cinchona bark is not suitable, as is the case with all those epidemic intermittent fevers that traverse whole countries and even mountainous districts, are not restored to health by the extinction of the typus; on the contrary, they now remain ill in another manner, and worse, often much worse, than before; they are affected by peculiar, chronic bark dyscrasias, and can scarcely be restored to health even by a prolonged treatment by the true system of medicine – and yet that is what is called curing, forsooth!

2 Dr. von Bonninghausen, who has rendered more services to our beneficent system of medicine than any other of my disciples, has best elucidated this subject, which demands so much care, and has facilitated the choice of the efficient remedy for the various epidemics of fever, in his work entitled Versuch einer homoopathischen Therapie der Wechselfieber, 1833, Muster bi Regensberg.

§ 236
The most appropriate and efficacious time for administering the medicine in these cases is immediately or very soon after the termination of the paroxysm, as soon as the patient has in some degree recovered from its effects; it has then time to effect all the changes in the organism requisite for the restoration of health, without any great disturbance or violent commotion; whereas the action of a medicine, be it ever so specifically appropriate, if given immediately before the paroxysm, coincides with the natural recurrence of the disease and causes such a reaction in the organism, such a violent contention, that an attack of that nature produces at the very least a great loss of strength, if it do not endanger life.1 But if the medicine be given immediately after the termination of the fit, that is to say, at the period when the apyretic interval has commenced and a long time before there are any preparations for the next paroxysm, then the vital force of the organism is in the best possible condition to allow itself to be quietly altered by the remedy, and thus restored to the healthy state.

1 This is observed in the fatal cases, by no means rare, in which a moderate dose of opium given during the cold stage quickly deprived the patients of life.

§ 237
But if the stage of apyrexia be very short, as happens in some very bad fevers, or if it be disturbed by some of the after sufferings of the previous paroxysm, the dose of the homoeopathic medicine should be administered when the perspiration begins to abate, or the other subsequent phenomena of the expiring paroxysm begin to diminish.

§ 238 Fifth Edition
It is only when the suitable medicine has with a single dose destroyed several fits and manifest health and ensued, but after some time indications of a new paroxysm appear, only then can and must the same medicine be given again, provided always the totality of the symptoms is still the same. This recurrence of the same fever after an interval of health is, however, only possible when the noxious influence that first excited the intermittent fever still continues to act upon the convalescent, as happens in marshy districts; in which case a permanent cure is often only possible by the removal of this exciting cause (as, for instance, a residence in a mountainous country if the case was one of marsh intermittent fever).

§ 238 Sixth Edition
Not infrequently, the suitable medicine has with a single dose destroyed several attacks and brought about the return of health, but in the majority of cases, another dose must be administered after such attack. Better still, however, when the character of the symptoms has not changed, doses of the same medicine given according to the newer discovery of repetition of doses (see note to § 270), may be given without difficulty in dynamizing each successive dose with 10-12 succussions of the vial containing the medicinal substance. Nevertheless, there are at times cases, though seldom, where the intermittent fever returns after several days’ well being. This return of the same fever after a healthy interval is only possible when the noxious principle that first caused the fever, is still acting upon the convalescent, as is the case in marshy regions. Here a permanent restoration can often take place only by getting away from this causative factor, as is possible by seeking a mountainous retreat, if the cause was a marshy fever.

§ 239
As almost every medicine causes in its pure action a special, peculiar fever and even a kind of intermittent fever with its alternating states, differing from all other fevers that are caused by other medicines, homoeopathic remedies may be found in the extensive domain of medicines for all the numerous varieties of natural intermittent fevers and, for a great many of such fevers, even in the moderate collection of medicines already proved on the healthy individual.

§ 240
But if the remedy found to be the homoeopathic specific for a prevalent epidemic of intermittent fever do not effect a perfect cure in some one or other patient, if it be not the influence of a marshy district that prevents the cure, it must always be the psoric miasm in the background, in which case antipsoric medicines must be employed until complete relief is obtained.