You are here: Home › Tutorials › Tutorial 11 – Return of Old Symptoms 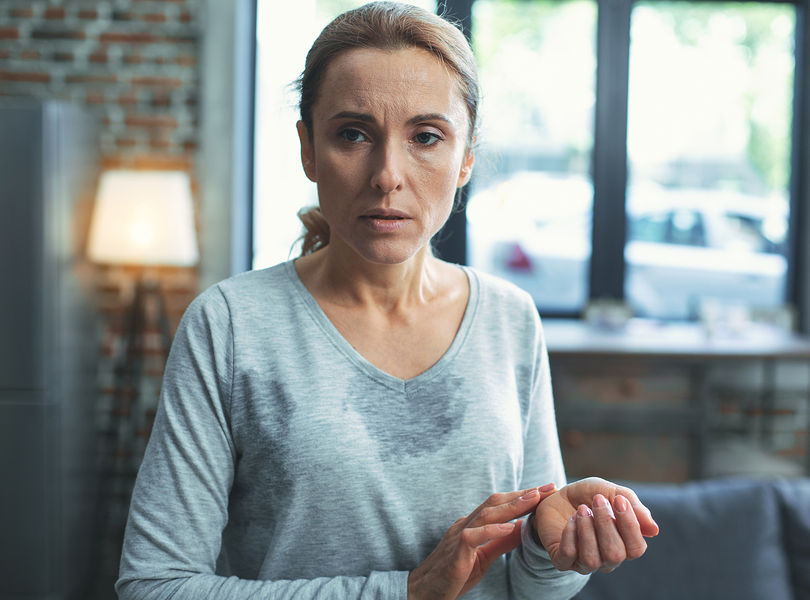 In previous tutorials we have discussed the Law of Similars, Vital Force, Direction of Cure, palliation, and suppression. In this tutorial, we will see all these concepts at work in the story of a woman called Marie who, in the middle of a “mid-life” crisis, literally turned her life around. This case is a fantastic example of how a person’s life-long symptoms can disappear in reverse chronological order once the correct homeopathic treatment is given.

Marie and the Menopause

Marie was a woman of a “certain age”, entering menopause. Symptoms were making her life miserable. Up to 20 hot flushes a day caused sweat to drench her clothes, leaving her cold and clammy. The burning in the palms of her hands and the soles of her feet made them feel as though they had been dipped in hot water and at the height of each flush, Marie craved cold drinks. She hadn’t had a decent night’s sleep since the flushes began.

Marie complained that she now lacked energy and found it hard to get going. She described thinking as trying to “wade through porridge” and said her memory was hopeless. On top of that, she was irritable and moody. Her husband was taking the brunt of these changes, and their marriage was under strain.

On questioning Marie about other symptoms, I found she also suffered from asthma – something she had had since her late 20’s. She was on inhalers to both prevent and control the symptoms but even now had to be careful around flowers, as their fragrance could cause her to wheeze.

Regular pulsating migraines were also a problem. They would occur on the right side of Marie’s head, beginning in the neck and moving upwards to settle in her forehead and eye. Many times, Marie felt nauseated with the migraine. Belching or vomiting would relieve the pain but only for a short time. She would also crave sour things and want to lie in the dark. Once asleep, the migraine would pass. Not so long ago, Marie had been getting these migraines once a week but since beginning the menopause they had been less frequent and not so intense.

Marie’s menopausal symptoms were similar to those treated by the homeopathic remedy, Sanquinaria Canadensis. Within a week of its prescription there had been a dramatic improvement. The hot flushes had reduced by half and Marie reported a significant increase in energy. I advised her to continue with the remedy.

A few weeks later, at Marie’s first follow-up appointment, an interesting story unfolded. Marie was now having only one to two mild hot flushes a day and her burning palms and soles were a thing of the past. With these changes, her sleep had also improved. Marie’s asthma was less of a problem and she was now able to breath deeply and easily. While pleased about these positive changes, Marie was concerned about some other things that had happened.

Not long after our previous phone call, Marie had been taken by surprise with a migraine. Where recent ones had been relatively mild, this one was intense – just like those she used to suffer from before the hot flushes began. Also, her right shoulder had been painful for a few days, just as it had been all those years ago before treated by a cortisone injection by her doctor. Marie was now concerned that these events could be a sign of things to come. She could still remember how painful those days had been and there was no way she wanted to return to them.

Another unusual thing was that although Marie’s asthma had improved, it had been replaced by hay fever – something she had not had since her mid 20’s. Marie told me that hay fever had been a serious problem for her during her childhood. She had used “masses of medication” just to get through school. At the age of 26, surgery had been performed to remove the nasal polyps caused by it. Thankfully, the hay fever had settled not long after and since then she had been completely free of the burning, itching and sneezing – until now!

Other problems that had returned from the past included dizziness that occurred when Marie turned her head suddenly and painful heartburn after an evening meal. Although these symptoms had returned for one day only, Marie was concerned they could return in full. What was going on?

What Does it all Mean?

When a homeopath hears a patient tell of past symptoms returning, there is always a feeling of excitement – the outcome for that person is likely to be good! Any “return of old symptoms” indicates that the homeopathic remedy has stimulated the Vital Force to not only heal the current problem but to also work back through suppressed layers of ill-health that have accumulated with time.

Previous tutorials have explained how we work against our body’s efforts to heal itself by choosing medicines that suppress rather than support our symptoms. While suppression will make us feel better for the short-term, it can not heal deep energetic imbalances. Instead, suppression creates the very thing we are trying to avoid – deteriorating health. It weakens our vitality making us less resistant to disease and other health problems in the future.

This is exactly what happened to Marie.

Her hay fever from had never truly been healed, but only partially suppressed. With this outlet no longer available, Marie’s Vital Force had to find a new way to relieve its energetic imbalance. It chose nasal polyps. When the polyps were surgically removed, another outlet was found: asthma.

The appropriate homeopathic remedy reversed Marie’s downward spiral. Today, I am pleased to say she is a healthy and happily married menopausal woman who continues to use homeopathy as her first form of treatment whenever the need arises.

Sanguinaria Canadensis – What a Remedy!

Homeopathic Sanguinaria is prepared from an herb that occurs naturally in the United States, Canada and India. It goes by the common name of Bloodroot and is an unusual remedy in that many of its symptoms occur on the right side of the body. Health complaints that can be treated by homeopathic Sanguinaria include: headaches and migraines; hay fever; asthma; reflux and heartburn; coughs, bronchitis and pneumonia; bursitis and shoulder pain; nasal polyps; tuberculosis; and menopausal symptoms.

People needing Sanquinaria can have low energy, feel irritable, and find it difficult to concentrate. They may crave cold water and spicy or sour food. Burning sensations are common, especially with hot flushes, on the palms and soles, in heartburn and hay fever, or with vaginal or penile discharges. Sufferers often describe the sensation as being burnt by hot water or steam. Hayfever and asthma can be triggered by strong odours or flower pollens and will commonly be followed by diarrhoea.