You are here: Home › Tutorials › Tutorial 9 – Palliation, Suppression or Cure? 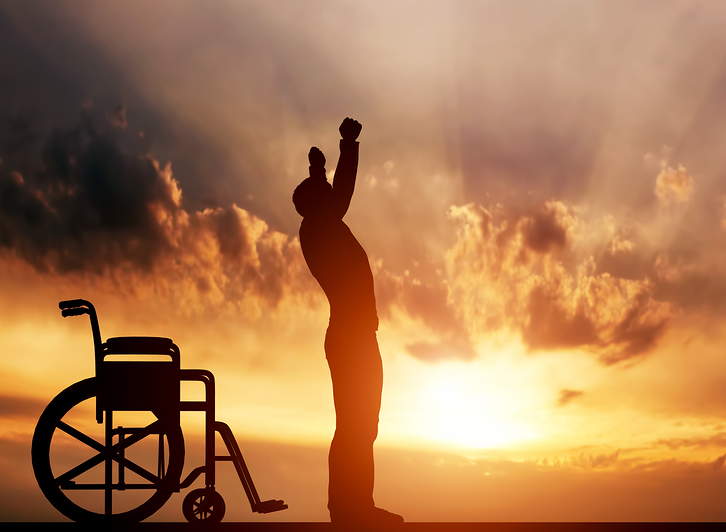 The human body is designed to heal itself. Given good nutrition, clean water and a healthy environment, that is generally what it will do. We often turn to treatments or medicines in an effort to hurry the process.

When treating symptoms, we can choose to either palliate, suppress, or try to cure them.

Palliation relieves the  symptoms but doesn’t correct the underlying problem that caused them. Once treatment stops, symptoms return.

The term palliation comes from a Latin word that means “to hide or disguise”. Palliation “hides” the symptoms.

Palliative measures such as these offer a ‘quick fix’ but symptoms return once treatment is stopped or the medicine wears off.

Suppression is similar to palliation in that it provides symptom relief but never corrects the underlying problem that causes the symptom.

Suppression differs from palliation in that symptoms appear to have been permanently eradicated. This does not mean that the underlying problem has been corrected, though. Instead, suppression drives the problem deeper and exchanges it for a new and more serious set of symptoms.

In a strange way, when we are unwell, our symptoms keep us alive. They act as a vent, or a relief valve, for the pressure of the deeper energetic imbalance that is the cause of our ill-health. Without this vent, the energetic imbalance would worsen, eventually threatening life.

Forcible or frequent palliation of symptoms acts as a plug in this vent so that the pressure of the internal energetic imbalance can’t be dispersed while treatment is in progress.

A state of suppression wedges the plug in firmly, stopping the internal energetic imbalance from ever being dispersed by those symptoms- the body has to find another vent if life is to be maintained. Having been prevented from releasing symptoms in the least harmful way possible, it is forced to release them at deeper and in potentially more risky areas.

In the early stages of imbalance, the body nearly always chooses to vent symptoms through a superficial organ system such as the skin. If stopped, it is then forced vent it’s imbalance through one of the deeper organs, such as a joint or lung.

A typical example often seen in homeopathic practice is the appearance of asthma when simple eczema has been repeatedly palliated or suppressed by cortisone treatments.

When the new condition of asthma is continually palliated or suppressed, deeper and more important organs such as the heart may then be affected as the body struggles to find a vent. That is why it is said that the disease is been ‘driven inward’.

(Cassie’s story of her indigestion during pregnancy is a good illustration of this phenomenon. It can be read at the end of this article.)

Unfortunately, patient and prescriber may never make the connection between earlier suppressions and gradually worsening health.

A secondary effect of constant suppression is that the body’s ability to self-heal is gradually weakened over time. Though resilience and vitality is expected to wane with age, the process if often hastened iby palliation and suppression.

It is one of the reasons why many end up on an array of medicines for chronic disease with age as attempts are made to preserve an already devitalised life.

Copy the Symptoms to Bring About Cure

For true healing to take place, obstacles to cure (e.g. poor diet or damp, drafty living conditions) should be removed and then treatment approaches directed at supporting rather than suppressing the body’s efforts to heal. For this to happen, symptoms have to be recognised as sign-posts to the way the body is trying to heal. Supported by safe homeopathic remedies that mimic those symptoms, the body is helped to do just that.

That is what Hahnemann discovered all those years ago and that is why the application of the Law of Similars, or ‘like treating like’, is still the bedrock of homeopathic practice. Reinforcing rather than suppressing the body’s self-healing efforts tis still the best way to restore health and vitality. 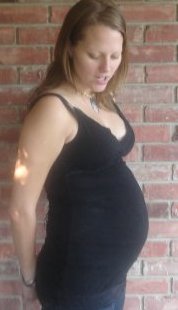 I am seven months pregnant. Recently, I had a lot of indigestion with loud burps, which seemed to be caused by rich fatty foods, especially icecream. To stop the pain I took a Panadol (Editor’s note: paracetamol/acetaminophen) at night before going to bed. This allowed me to go to sleep but the indigestion returned the next day.

I bought some antacid tablets and took a dose before going to bed. The next day all of my symptoms got worse. They moved from simple indigestion, to loose bowels and exhaustion. I took antacid tablets for a couple of days more. They provided relief from the indigestion but I needed to take more and more of them as they seemed to become less and less effective. The indigestion would only go away for a short period of time.

After a week of worsening symptoms I looked up “pregnancy and indigestion” in my homeopathy self care book and chose Pulsatilla. At first all of my symptoms got worse. The indigestion burned for ten minutes and I had to run to the toilet, but then it all stopped and did not return.

I think I have cured myself!

Cassie’s story is a nice example of how her problem with indigestion was first palliated, then suppressed, and then finally cured when she used a remedy that copied what her body was trying to do.

When Cassie’s indigestion first began, she did what we all try to do when we know no better – she took a tablet (paracetamol) to stop the pain so she could get some sleep. Paracetamol, however, is unable to produce the symptoms Cassie was experiencing and so, it was never in a position to truly cure them. It could only exert chemical control over her body to stop it from feeling the pain for a short period of time.

With her indigestion palliated, Cassie slept well that night. But the pain returned the next day, so she took herself “off to the shops” for an antacid.

Again, Cassie was able to palliate her problem with the antacids to get a good night’s sleep but in the process she produced a state of suppression. Her indigestion was exchanged for the more serious and troubling symptoms of diarrhoea and exhaustion.

Interestingly, Cassie’s account shows that she has a strong vitality. Her Vital Force struggled against the suppression by still trying to relieve its imbalance through the safer symptom of indigestion – and it was winning until Cassie again tried to suppress her symptoms by stronger and more frequent doses of the antacid. Had she continued in this manner, one of two things would have happened. Either her indigestion would have been exchanged for a worse state of health as it was fully suppressed by the antacid or a different medicine, or, her Vital Force, if it was strong enough, would have continued to release the energetic imbalance through the symptom of indigestion – the antacids would have been ineffective.

Remember, Cassie’s unborn baby is also part of this unfolding drama – what is happening to Cassie on an energetic level is also happening to her baby. If Cassie’s indigestion is suppressed, her baby may be born with his or her own energetic imbalance to deal with. This is a common occurrence but, sadly, not usually recognised.

The minor and not so minor health problems of newborns and infants are usually just seen as part of life, when the truth may be very different. Fortunately, Cassie knew a little bit about homeopathy and “wised up” at this point of time. Using her home-use kit she matched her symptoms to the homeopathic remedy Pulsatilla, and decided to use it.

Pulsatilla, when tested in past trials on healthy people, produced among other things the symptom of indigestion following rich, fatty foods such as ice cream. Since then it has also been used extensively to cure indigestion with burping during pregnancy (when other Pulsatilla symptoms have been present). Pulsatilla clearly matched the symptoms Cassie was experiencing. Because of the Law of Similiars, or “like treats like” effect (i.e., what a substance can produce in the healthy it can also relieve in the unwell) Pulsatilla was able to match, smother, and replace the original energetic imbalance that was producing Cassie’s symptoms, after she took a dose. With the original energetic imbalance removed and replaced by a similar imbalance from the Pulsatilla, all that remained was for Cassie’s Vital Force to rebound strongly and restore health as the effects of the Pulsatilla wore off – and that is exactly what it did!

But why did Cassie’s symptoms intensify before they got better? The answer is that the dose of the remedy was a little too strong for what was needed. When an energetic remedy replaces the symptoms of an imbalance with those of its own, the effect is usually only experienced only on the energetic level and not on the physical – the person only notices that they are getting better. Occasionally, a person is sensitive enough to experience physically some of the replacement symptoms of the remedy before it leaves their body.

This is called a homeopathic aggravation or a “healing crisis” and this is exactly what happened to Cassie. It is a non-toxic effect, usually of “nuisance value” only, and a positive sign that the correct remedy has been chosen; improvement will soon follow. To prevent this happening should future doses of the remedy be needed, the person can take smaller doses in a more dilute form.