You are here: Home › News › Warts: Treating Them with Homeopathy 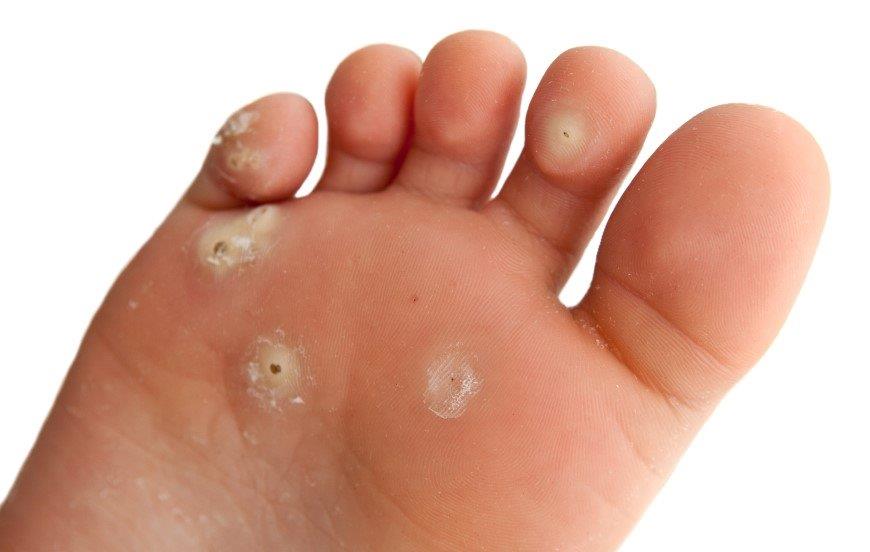 Warts come in all shapes and sizes. Caused by the human papilloma virus (HPV), they are highly contagious and while they can appear in anyone of any age, children and teenagers are particularly susceptible.

Nearly all warts are harmless, but once they pop up on conspicuous places such as the face or hands, most people will do almost anything to get rid of them.

Conventional treatments offer to freeze, burn, inject, shave, electrocute, poison, or dig the poor wart out, with varying degrees of success. Some can cause scarring, and the wart may regrow. For patient sufferers, just waiting may also bring success as 65% of warts disappear all by themselves with time.

For those who would like to hurry them along though, homoeopathy can help – and in more ways than one.

Warts are often seen as nothing more than a minor nuisance – to remove the wart is to remove the problem. Is this true? Not necessarily!

Their presence on top of the skin warns of a deeper weakness or susceptibility that allows them to continue and flourish. While removing the wart creates a blemish-free skin, it does nothing to correct this underlying weakness – the person is still vulnerable to future health problems.

A more holistic approach is needed and this is where homoeopathy excels. By treating the wart as just one of the person’s health problems and prescribing a homeopathic remedy accordingly, widespread improvements are achieved and the underlying weakness repaired.

When using homoeopathy for warts, good results are achieved when the remedy corresponds to the characteristics of the person as well as the shape and appearance of the wart.

With that in mind, three remedies are prescribed more often than any other – Antimonium crudum (Ant-c.), Nitricum acidum (Nit-ac.) and Thuja occidentalis (Thuj.). Read on for the descriptions of these three and other common wart remedies.

Antimonium crudum (Ant-c.): Hard, smooth warts that often appear in groups. Irritability and a thickly coated white tongue also suggest the need for this remedy. The person may also overeat and have various digestive complaints.

Causticum (Caust.): Old, large warts on the face (especially the nose), under the fingernails, or warts on fingertips that bleed easily suggest the need for this remedy. The warts also tend to be hard, inflamed, and painful and sit on whitish-yellow, dirty looking skin. People who benefit from this remedy tend fear that something awful will happen and feel intensely sympathetic about the hardship of others.

Cinnabaris (Cinnb.): A common remedy for molluscum contagiosum that has a reddish periphery and senile keratosis (thick, crusty and scaly skin growths of the aged). People needing this remedy may also be prone to sinusitis.

Dulcamara (Dulc.): Flat warts located on backs of hands and face and soft brownish to black seborrheic warts found on the back. Indicated in people with rheumatic complaints that are worse in cold, damp weather or humidity.

Graphites (Graph.): Especially in periungual warts or corn-like warts on palms or soles of feet that may be tinged with yellow. Indicated in those who have trouble making a decision and who are prone to keloid scarring.

Natrum muriaticum (Nat-m): An important remedy for warts on the palms of the hand and soles of the feet. Indicated in those who are closed, reserved and sensitive.

Ruta graveolens (Ruta): This is a leading remedy for plantar warts, especially on the palms of the hand. People needing Ruta are prone to injuries of tendons and periosteum of bone.

Thuja occidentalis (Thuj.): The most common remedy for various kinds of warts. If no other remedy is obviously indicated, consider Thuja. Particularly indicated in isolated, jagged warts that smell or bleed easily or mosaic warts on the sole of the foot. Commonly needed for anogenital warts or butcher’s warts. Indicated in those prone to numerous growths or tumors and who worry too much about what people think of them.

Finally, a Warning About Warts

Some skin cancers such as squamous cell carcinomas look similar to warts so it is important to get a firm diagnosis if there is any doubt.

If genital warts are present it is also important for women to have a Pap smear to check that pre-cancerous changes have not taken place on the cervix.

Whatever the details, warts should be treated according to classical homeopathic principles. In one study,  90% of patients with various types of warts saw their warts disappear within six months when remedies that matched their individualising symptoms were used (Gupta, Bhardwaj, and Manchanda, 1991). In another trial involving a combination remedy for plantar warts where symptoms were not matched, no positive result was achieved (Labrecque, Audet, Latulippe, 1992).

Homeopathy in the Treatment of Warts

One Mum, 2 children, and lots of mosaic warts – how homeopathy helped

You Too Can Test Homeopathy

Homeopathy and the Top 5 Reasons Why We Visit the Podiatrist