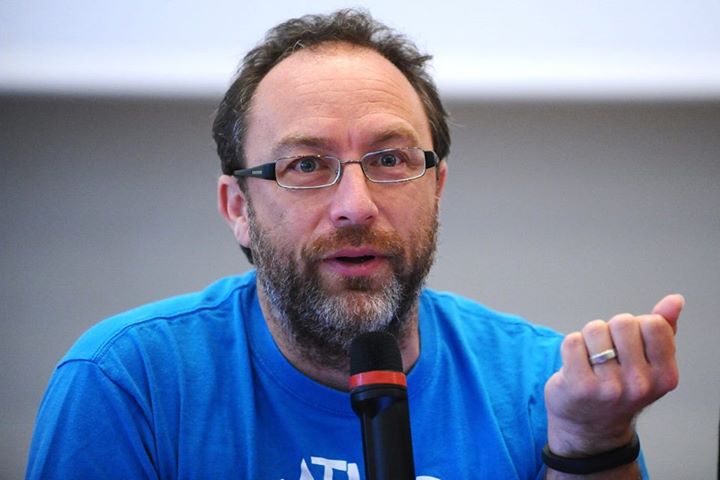 Summary: When a pharmacist recommended a popular potentised remedy for Jimmy Wale’s sore throat the Wikipedia founder went on a public forum, Quora, and vented his hatred of homeopathy and his desire to stop it. We captured his comments. Since that day, and true to his wishes, the quality of information on Wikipedia’s homeopathy page has deteriorated to the point where it is misleading, no longer representative and cannot be trusted.

In 2013, Jimmy Wales, founder of Wikipedia, had a sore throat. He visited a pharmacy and was horrified when the helpful pharmacist recommended a popular homeopathic remedy for it.

Later, Jimmy logged onto a public forum of Quora to vent his displeasure. The following quotes come from his conversation there:

“..homeopathy is a proven fraud.”

“Homeopathic remedies of no value whatsoever are legally marketed…”

“Who should I talk to about this in order to encourage the creation of a campaign to stop this? This is not my primary area of interest and so I am not the right person to lead it myself. But I would like to help.”

“It’s a scandal in the modern world”

“We know with full rational certainty that they do not work at all. They are nothing more than placebo sold fraudulently.”

“…the effectiveness of homeopathic remedies, relative to placebos, is 0%. Not effective at all. A useless fraud.”

“This is nothing more than fraud.”

“There have been no properly conducted large scale studies which suggest in the least that homeopathic remedies are any different from sugar water.”

“Homeopathy does not work at all. It has been shown in an extremely thorough way to be no better than a placebo.”

When someone like Jimmy speaks their mind, there’s a risk that any ignorance or prejudice will come spilling out too – and as you can see, that’s exactly what happened.

When we first reported his comments from the Quora post back on the 6th of February, 2013, they were quickly removed but we had the foresight to save the complete list of comments before that happened. You can still read them in our screen captures below, under More Information.

Wikipedia is a valuable source of information for many, but to retain its integrity it has to be impartial – and this certainly has not been the case with homeopathy.

Since Jimmy spoke his mind all those months ago, Wikipedia’s misleading and inaccurate information on homeopathy has only worsened. While those who are knowledgeable and qualified to write about homeopathy try to correct the misinformation, their attempts are thwarted by anti-homeopathy “squatters” who sit on the page to control its information.

Could Jimmy’s prejudice be responsible?

“So the biggest and the most important thing is our neutral point-of-view policy. This is something that I set down from the very beginning, as a core principle of the community that’s completely not debatable. It’s a social concept of cooperation, so we don’t talk a lot about truth and objectivity. The reason for this is if we say we’re only going to write the “truth” about some topic, that doesn’t do us a damn bit of good of figuring out what to write, because I don’t agree with you about what’s the truth. But we have this jargon term of neutrality, which has its own long history within the community, which basically says, any time there’s a controversial issue, Wikipedia itself should not take a stand on the issue. We should merely report on what reputable parties have said about it. So this neutrality policy is really important for us, because it empowers a community that is very diverse to come together and actually get some work done.”

What a shame Wikipedians, and Jimmy himself, have not honoured these noble intentions. Instead of neutrality, Wikipedia has taken an ugly stand on homeopathy that misleads many.

Larry Sanger, co-founder of Wikipedia, left the organization several years ago due to concerns about its integrity. He said:

“In some fields and some topics, there are groups who “squat” on articles and insist on making them reflect their own specific biases. There is no credible mechanism to approve versions of articles…The people with the most influence in the community are the ones who have the most time on their hands—not necessarily the most knowledgable—and who manipulate Wikipedia’s eminently gameable system.” (1)

When this happens, as it has with homeopathy, we are all the poorer for it.

An old proverb says, “The fish rots from the head down.” Is this what we have seen with Wikipedia? Homeopathy, and those who look to Wikipedia for their information, deserve much better.

Jimmy’s current but redacted Quora post can be read at: Homeopathy – Oscillococcinum in particular

The original version, with all of Jimmy’s comments intact, is available on a screen capture here – part 1 and part 2

Free Yourself from Sinusitis

Homeopathy – Is it All an Elaborate Fraud?