You are here: Home › Education › Remedies for Disasters (Part 1) 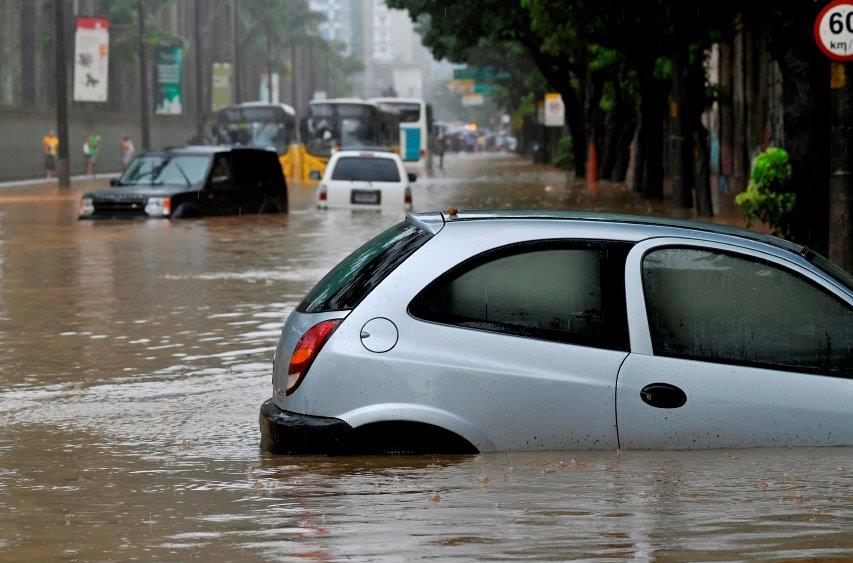 Hardly a day goes by without a disaster making headlines somewhere – they are an inescapable part of life and whether natural or manmade have always been with us.

We’re often transfixed by the media reports of chaos visited on others but for those caught up in the disaster it may mean injuries and sickness, destruction of property, loss of loved ones, starvation, and displacement. Long after the physical wounds have healed, emotional trauma remains.

Over the next three articles we will look at the remedies traditionally used in homeopathy to reduce the impact of physical injuries, soften emotional trauma, and lessen the risk of epidemic disease.

We will show you how to compile an emergency homeopathy kit, teach you how to use it and explain how its remedies can be ‘stretched’ to not only help you but others, also.

In this, our first article, learn the remedies homeopaths use for the initial problems of shock, fear, hysteria, and injuries.

Find out about the ‘corpse reviver’, why homeopathic opium is considered a fantastic treatment for shock, and how the London Police Force used homeopathic gunpowder as a remedy for infections, boils and abscesses.

And, if you ever have the misfortune to be caught in a disaster situation remember the ABCs of first aid – check and maintain the person’s Airway, Breathing and Circulation and certainly call for help.

Emotional shock is the body’s response to extreme fear, stress, pain, or helplessness. It is also known as acute stress reaction. Symptoms include: disorientation; confusion; agitation; restlessness; and feeling ‘dazed’.

Two key homeopathic remedies for this type of shock are Aconite and Opium.

Aconite napellus (Acon.): Aconite is used when the person is agitated, restless, fearful and anxious (or even in a state of terror) and convinced they will die. It is capable of relieving not only these mental-emotional symptoms but other symptoms that may be present at the same time such as chest pain from an impending heart attack (myocardial infarction) or convulsions.

Opium (Op.): The homeopathic remedy prepared from opium is more useful for emotional shock in which the person looks and acts like a ‘stunned mullet’. They are withdrawn, respond poorly to what is happening around them, and have a dazed, besotted expression. Be aware though that in some countries you will not be able to obtain homeopathic opium as regulators of these countries, unfamiliar with the extreme dilutions of homoeopathic remedies, confuse homeopathic opium with its crude source and so classify it as an illegal substance.

Guidelines: Either remedy can be given as often as every 15 seconds if the person’s symptoms are severe. Once symptoms start to settle only give another dose when improvement stops or symptoms start to return. If there is no improvement by 3 doses, stop, as this means the remedy is incorrect – choose another remedy that better matches the symptoms. As long as the person is improving with each dose, the remedy can be given as often as needed and for as long as is needed.

Aconite napellus (Acon.): Those needing Aconite, as already mentioned, will be extremely restless and agitated, fearing they are about to die. They are likely to have palpitations and will hyperventilate, producing symptoms of pins and needles and numbness throughout the body.

Ignatia amara (Ign.): Ignatia is used for rapidly changing moods and crying with sobbing. The person may hyperventilate, twitch, jerk, have cramps and display contradictory, unpredictable behaviour. They will pull away from comfort and reassurance and may sweat from the face.

Guidelines: Either remedy can be given as often as every 15 seconds if the person’s symptoms are severe. Once symptoms start to settle only give another dose when improvement stops or symptoms start to return. If there is no improvement by 3 doses, stop, as this means the remedy is incorrect – choose another remedy that better matches the symptoms. As long as the person is improving with each dose, the remedy can be given as often as needed and for as long as is needed.

Arnica Montana (Arn.): For bruising and damage to soft tissues such as skin and muscles.  Slows bleeding, reduces swelling, promotes healing, helps with shock and reduces the risk of infection. Ideal as a first remedy for broken bones (fractures) that cause bleeding and swelling into the tissues (use Bryonia for fractured ribs or Symphytum after 24 hours when swelling and bleeding is no longer a problem). Do not use in herbal form if skin is broken as it will irritate; it is safe to use in homeopathic potencies.

Bryonia (Bry.): Fractures such as fractured ribs when the pain is worse for the slightest movement (breathing) and better for firm pressure or being supported.

Calendula (Calen.): Useful for superficial wounds, grazes and lacerated skin – promotes healing and reduces the risk of infection. Can be taken by mouth or applied topically (directly on the skin). To apply topically, place 10 drops of the herbal tincture or potentised remedy into a cup of water, cleanse the wound and then bind with a dressing moistened with the solution. Leave the dressing intact for as long as possible but keep it moist with the solution to speed healing and stop infection.

Cantharis (Canth.): A key remedy for 2nd to 3rd degree burns where there is severe pain and even blistering of the skin. (See Urtica urens for 1st and 2nd degree burns, Causticum for chemical burns, and Phosphorus for electrical burns.)

China officinalis (Chin.): Relieves exhaustion and debility that follows the loss of body fluids such as blood, sweat and diarrheoa.

Carbo vegetabilis (Carb-v.): This remedy has the reputation of being a ‘corpse reviver’ among homeopaths. It treats many near-death states with the following symptoms: faintness; collapse; exhaustion; chilliness; cold sweat; gasping for air; wanting to be fanned; flatulence and distension; heart failure; blue or mottled skin. (Also see Laurocerasus.)

Gunpowder (Gunp.): Used in its crude form in the past by soldiers and the London Police Force (of all people) to fight infection, homeopathic gunpowder is still an excellent remedy today to prevent boils and abscesses developing in cuts and wounds.

Hypericum perforatum (Hyper.): For injuries to nerves and nerve rich areas such as finger tips and the spine.  Numbness and tingling. Pains shoot upwards along the nerve pathways. Also helpful for lacerations and puncture wounds.

Laurocerasus (Laur.): A good remedy for lack of reaction when the heart and /or respiratory system is in failure. The person may: be in a state of collapse; have chilliness that is unhelped by warmth; be gasping for breath or suffocating; and be blue or mottled. (Also see Carbo vegetabilis.)

Natrum sulphuricum (Nat-s): For concussion and head injuries that potentially involve brain damage or bleeding into the brain. Also useful for some types of spinal injury.

Staphysagria (Staph.): Especially useful for cuts and incisions that have clean rather than jagged edges. Promotes healing and reduces the risk of infection. Also helps the person process emotions following violations such as rape.

Symphytum officinale (Symph.): Known as the ‘Arnica of the eye’. Helpful when the eyeball has been punctured, ruptured or damaged. Also used in the ongoing repair of fractures.

Urtica urens (Urt-u): Main remedy for 1st and 2nd degree burns that sting, burn and possibly itch. An unusual symptom is that the burn may feel worse for cold water. (See Cantharis for 2nd and 3rd degree burns, Causticum for chemical burns, and Phosphorus for electrical burns.)

Remedies can be used in any potency from 6C to 200C but remember, good results depend on getting the remedy right rather than getting the potency right. If none of the above potencies are available, dose with whatever one you have on hand. Because homeopathy is an intrinsically safe system of medicine, free of toxic effects, no harm will be done.

How often to dose will depend on the intensity of the person’s symptoms and how quickly they respond to the remedy. Initial doses may be needed as often as every 15 seconds or at intervals of several hours. To find out more about dosing, read: How Often Should I Take a Dose of My Remedy.

Part 2: First Response Homeopathy: Remedies to Use in a Disaster (Mopping Up)

Asthma: Breathing Made Easy with Homeopathy

I Sniff At Homeopathy – Olfaction Dosing