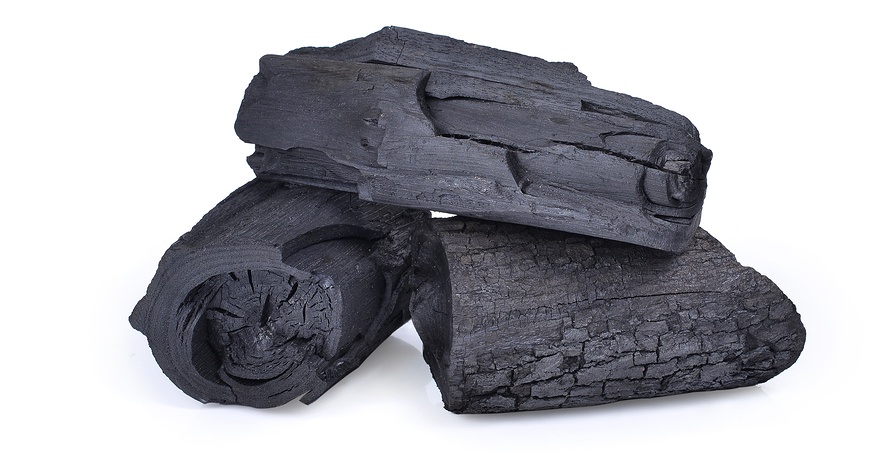 The symptoms of Carbo Vegetabilis (Carb-v.) involve weakness of either vitality or digestion. Physical symptoms include debility – even to the point of collapse, sluggishness, breathlessness, indigestion, bloating, belching and flatulence. The person may have “air hunger” and want fresh air or to be fanned. Even though they feel chilly, they don’t want to be covered. Mental-emotional symptoms include apathy, indifference, poor memory, depression, and irritability – especially with family members. Physical and mental-emotional symptoms may co-exist with or be caused by chronic health problems or slow recovery from surgery.

Carbo Vegetabilis (Carb-v.) is available from our online store as a single remedy, and as part of the following Complexes (combination remedies): Indigestion; Irritable Bowel; Overindulgence & Hangover; Receding Gums.

Hemorrhages (nose, stomach, gums, bowels, bladder or any mucous surface), with indescribable paleness of the surface of the body.

Anemic, especially after acute diseases, which have greatly depleted the patients; chronic effects.

Persons who have never fully recovered from the exhausting effects of some previous illness; has never recovered from effects of typhoid, weak digestion; the simplest food disagrees; eructations give temporary relief.

Bad effects from loss of vital fluids (Caust.); hemorrhage from any broken-down condition of mucous membrane.

In the last stages of disease, with copious cold sweat, cold breath, cold tongue, voice lost, this remedy may save a life.

Coldness of the knees, even in bed (Apis); of left arm and left leg; very cold hands and feet; finger-nails blue.

Persons who have never recovered from effects of some previous illness or injury; suppression by Quinine or drugging; typhoid or yellow fever.

China is its great complementary.

In our remarks upon China we said that for flatulent conditions the choice lay often between it, Carbo veg. and Lycopodium.

Carbo vegetabilis also ranges alongside China for debilitated states. The weakness of Carbo vegetabilis is not surpassed by any other remedy. This, with Arsenicum and Muriatic acid form a trio of remedies which according to well-known indications has snatched many a patient from the very jaws of death.

Then add to these symptoms, blood stagnates in the capillaries, causing blueness, coldness and ecchymoses; the patient so weak he cannot breathe without being constantly fanned. Gasps: “Fan me ! Fan me !” Carbo veg. has saved such cases.

This is a picture of a case of typhoid fever, and in one case we saw added still to this, hemorrhage of dark, decomposed, unclotted blood; could not clot on account of its broken down condition; blood oozing from gums and nostrils, and an indescribable paleness not only of the hippocratic face, but also of the skin of the whole body, yet Carbo veg. restored to health, and in an aged woman at that.

I have here, as faithfully as I can, portrayed the wonderful power of this remedy in such a desperate case.

Of course no remedy can raise the dead, no matter how strong the indications before death; but no remedy can come nearer than this and the dominant school know little or nothing about it, and never can until they will consent to use it in the homeopathic form and according to homeopathic indications.

The sphere of this remedy is not by any means limited to low or weakening states in connection with acute diseases.

To give an idea of its use when indicated by the symptoms in chronic ailments, I can do no better than quote from Henry N. Guernsey: “No truer remark was ever written than that Carbo vegetabilis is especially adapted to cachectic individuals whose vital powers have become weakened. This remark is made particularly clear when considered in the light of those cases in which disease seems to be engrafted upon the system by reason of the depressing influence of some prior derangement. (Psorinum).

Thus, for instance, the patient tells us that asthma has troubled him ever since he had the whooping cough in childhood; he has dyspepsia ever since a drunken debauch which occurred some years ago; he has never been well since the time he strained himself so badly (Rhus tox., Calcarea ost.); the strain itself does not now seem to be the matter, but his present ailments have all appeared since it happened; he sustained an injury some years ago, no traces of which are now apparent, and yet he dates his present complaints from the time of the occurrence of that accident; or again, he was injured by exposure to damp, hot air and his present ailments result from it.

It will be well for the physician to think of Carbo vegetabilis in similar cases which are numerous and may present very dissimilar phenomena, as these circumstances being suggestive of Carbo veg. it in all probability will be found to be the appropriate remedy which the agreement of the other symptoms of the case with those of the drug will serve to corroborate.” This is from the pen of one of the best prescribers that ever lived, and I feel justified in quoting it entire.

This remedy seems to affect deeply the whole alimentary tract, and the same broken down, weakened condition appears. The gums break down, become spongy, bleed on touching or sucking them or become retracted from the teeth, lower incisors and are painfully sensitive or sore on chewing or even pressing the teeth hard together. The stomach also becomes weak. acidity and pyrosis is frequent; the plainest food disagrees, fat foods especially. Here Carbo vegetabilis succeeds when Pulsatilla fails.

All this may occur in different affections ranging from a simple dyspepsia to incurable cancer of the stomach. In the latter case, and even in cases not so serious, we may have added burning in stomach. This flatulence is also generated in the abdomen, but, in the Carbo vegetabilis cases, is most troublesome in upper part; yet may extend so far as to cause great meteoristic distention, especially in typhoid fevers, dysenteries, etc.

It is a remedy of inestimable value in hemorrhage from any broken down condition of mucous membranes. This action upon the mucous membranes does not stop with the alimentary tract, but attacks those of the respiratory tract also.

Beginning with the larynx, it causes and cures great hoarseness, which is characteristically worse in the damp air, especially of evening. It may be very bad even (if the air is damp) in the morning; but morning hoarseness is oftener reached by Causticum. This condition may go on extending and increasing until it reaches the bronchia.

This is particularly true in case of elderly people of broken down constitutions, venous system predominating. It is a great remedy for the bronchitis of old people; also for asthma of the same, in very desperate cases where the patient appears as if dying. Here the choice must be sometimes made between this remedy and China.

In the chest there is sometimes “burning as from glowing coal” and again, “weak, fatigued feeling in chest,” where the choice may fall between it and Phosphoric acid, Stannum and Sulphur.

It has been found very efficacious in desperate cases of pneumonia, and comes in quite naturally after Tartar emetic has failed to assist the patient to clear his lungs of the great quantities of loosened mucus, when cyanosis and paralysis threaten from weakness. Its sputa then is apt to be fetid with cold sweat and breath and the characteristic wanted-to-be-fanned condition.

Before we leave this remedy I want to emphasize its power over hemorrhages, which may occur from lungs, nose, stomach, bowels, bladder or any mucous surface. No remedy can take its place in broken down, greatly debilitated constitutions where the surfaces from which the blood oozes seem too weak and spongy to hold the blood in them. Their vitality is gone with the patient’s nervous vitality. The patient’s face and skin is very pale, even before the hemorrhage has occurred. China and Carbo vegetabilis are decidedly complementary.