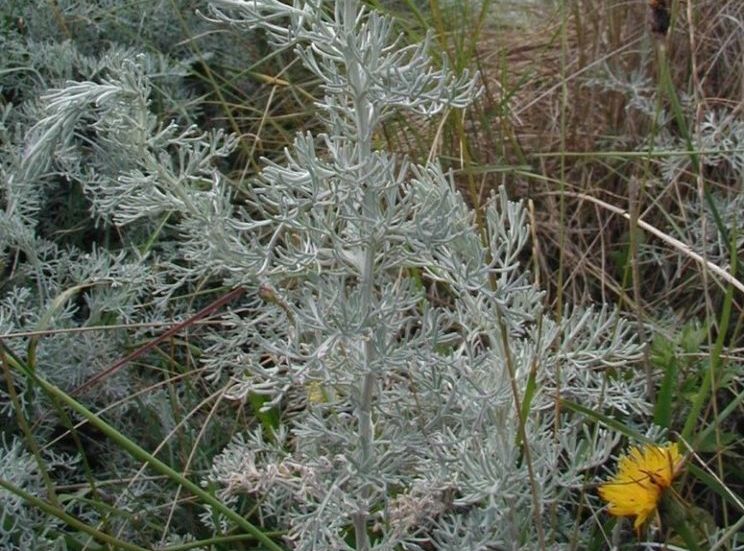 Wormseed (Cina Maritima) can be toxic in herbal doses but becomes a safe treatment for types of worms and other health problems when prepared as homeopathic potencies.

More often than not, Cina is indicated during childhood.

The child may suffer from gastrointestinal worms and will be irritable, dissatisfied, and easily angered.

They may prefer to sleep on the abdomen.

Cina Maritima (Cina) is available from our online store as a single remedy in either pills or liquid.

The child is cross and ugly, kicks and strikes, wants to be carried or rocked or don’t want to be touched or looked at; wants things and pushes them away when offered.

Frequently boring the nose with the fingers.

Pale sickly look about the eyes, or white and blue about the mouth.

Frequent swallowing as if something came up in the throat.

Alternate canine hunger or no appetite at all.

Frequent sudden attacks of very high fever, with glowing red hot face, with paleness around mouth and lips, or sometimes alternates with pale face with dark bluish ring around the eyes.

Here is a truly unique remedy that none but the homeopathist knows how to use.

The old school chagrined at our success with it, and not willing to resort to our small doses, have bungled with its alkaloid, doing more harm than good, and at last have come to sneer at the idea of children being troubled with worms at all.

I have known of several instances of the kind and it has become so common in the region where I practice that the people often ask me -“Doctor, do you believe in worms? Old school doctors don’t. I have found several worms that my child has passed, and have come to you to see if you can do anything for them.” It is of great advantage to us Homeopaths to cure the little patients, whether we believe in worms or not.

But Cina is not always the remedy for worms. But it is perhaps the oftenest indicated remedy for complaints arising from lumbricoides, or children infested with the animal.

Another thing I have proven to my entire satisfaction, and that is, that it is more efficacious for these cases in the 200th or highest potencies than in the alkaloid or lower potencies. Now I say this in order to induce those who have lost faith in the remedy to try it high, according to well-known indications as laid down in our Materia Medica. So many “lose the good they oft might win by fearing to attempt.”

Let us look at a few of the leading symptoms. The wormy child will be very restless nights, “screams out sharply in its sleep,” making one think of Apis, but other symptoms appear which rules Apis out.

The child is cross and ugly like Chamomilla, kicks and strikes the nurse, wants to be carried (Chamomilla) or rocked, or don’t want to be touched or looked at (Antimonium crud.), desires things and then refuses them when offered (Bry. and Staphisagria), or, unlike Chamomilla, it cries if any one tries to take hold of or carry it. Isn’t that a perfect picture of the mind of a wormy child?

When these symptoms appear in a child we may sometimes be at a stand between Cina and Chamomilla, but close watching will generally decide. For instance, if you watch or inquire of the nurse you will find that it alternates between a red-hot face, glowing with a bright redness of both cheeks, and a pale, sickly face, with dark rings or circles around the eyes; or, again, red face with great paleness around the mouth and nose. This is Cina. If the face is frequently red and hot on one side and pale and cold on the other, it is Chamomilla.

Then again, on inquiry, or we may observe ourselves, the child is boring or picking its nose a great deal of the time, grinds its teeth when asleep, and jumps and jerks in its sleep, frequently swallowing as if something came up into the throat, or even choking and coughing for the same cause. Such a combination is not found under any other remedy.

Both Chamomilla and Cina have profuse and pale urine, but Cina urine becomes milky after standing awhile. Cina has alternating canine hunger and no appetite at all.

Cina is one of our best remedies for whooping cough, also jerking, trembling, twitching and even convulsions; but in all these affections I have found it efficacious when the aforementioned worm symptoms were present.

I once had, at one time, and in one family, five cases of typhoid fever, and they were all very sick. There was no mistake about the diagnosis, and I speak thus positively, because some think that a child under the age of six years cannot have this disease.

This child, five years of age, was the last one of the family attacked with the disease, and it pursued the same course as the others in its regular rise and fall of temperature, bloating of abdomen, diarrhoea and other symptoms common to this disease.

This being in the earlier years of my practice, and Cina not being set down in the textbooks as a remedy for typhoid, I selected as well as I could from the usual remedies for typhoid. I knew perfectly that she had Cina symptoms all mixed in with those already mentioned, and as the case “got no better fast,” I resolved to give a few doses of Cina anyway, and to my surprise I found my patient much better every way at my next visit and the improvement progressed right along to complete recovery.

I had to learn several such lessons as that was in my “kittenhood” of homeopathic practice before I learned for good, that, for purposes of prescribing, the name of the disease was of little account. Since I settled that question, I have had frequent opportunities to help my younger brethren out of difficulties along the same line, and they have been as much astonished as I was.