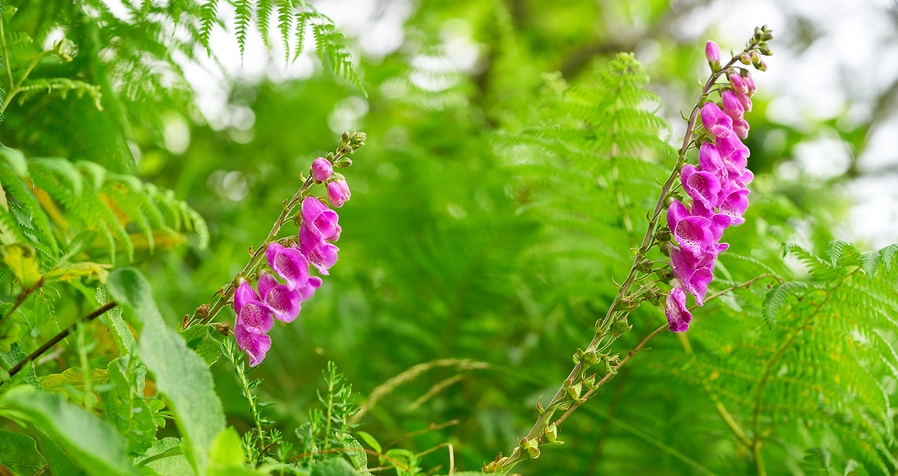 Digitalis is used by conventional medicine as chemical Digoxin (Lanoxin) to slow a rapidly beating heart that is in atrial fibrillation. In homeopathy, it’s used in potentised form when the heart is beating too slowly. This is especially so when the enlargement of the prostate, urinary problems, or hepatitis are present with the slow pulse. Those needing Digitalis Purpurea are often fearful of movement because it worsens their physical symptoms or produces palpitations. They may also crave bitter things.

Where Do I Find It?

Digitalis Purpurea (Dig.) is available from our online store as a single remedy in either pill or liquid form.

Faintness or sinking at the stomach; feels as if he would die if he moved.

Very much has been said and written upon this as a heart remedy: It is called a cardiac tonic, but Homœopathy knows no such thing as a tonic in medicines. The only tonic, in the sense of something to impart strength or tone to the human organism, is nourishing food. If Digitalis is capable of correcting a diseased condition, it does so by opposing its own power to cure to the power that is making the patient sick, which is called disease.

The leading characteristic of Digitalis is a every slow pulse. This may alternate with a very quick pulse, and between the two we may sometimes get a very irregular or intermittent pulse.

One day I saw an old but very strong man staggering across the road toward my office. I thought he was drunk, but on closer observation I noticed that his face looked purple, his lips bluish, and I stepped out and helped him in. He sat down and could not for a few minutes speak a word, but sat and struggled for breath. His pulse was very irregular and intermittent. When he could speak, he told me that for a number of weeks past he had been having these spells, had fallen several times and been obliged to go into the stores and sit, before he could go along the streets. Auscultation revealed hard, blowing sound with first beat of the heart. He had had inflammatory rheumatism in his younger days. He had been obliged to give up all manual labor and dared not go away from home on his business, that of bridge builder. Said he expected to die with this heart disease. I gave him Digitalis 2, a few drops in water. In a few days I saw him shoveling snow from the walk in front of his dwelling. “Hello,” he said, “I have no heart disease;” and I saw him often after that and he told me that that medicine cured him of “those spells.”

A young man of good habits was taken with nausea and vomiting. He was drowsy, and after a couple of days he began to grow very jaundiced all over. The sclerotica were as yellow as gold, as was indeed, the skin all over the body, even to the nails. The stools were natural as to consistence, but perfectly colorless, while the urine was as brown as lager beer, or even more so. Where you could see through it, on the edge of the receptacle, it was yellow as fresh bile. The pulse was only thirty beats per minute, and often dropped out a beat.

This was a perfect Digitalis case of jaundice, and this remedy cure him perfectly in a few days, improvement in his feelings taking place very shortly after beginning it; the stools, urine and skin gradually taking on their natural color. The characteristic slow pulse was the leading symptom to the prescription, for all the rest of the symptoms may be found in almost any well-developed case of severe jaundice.

In dropsies, consequent on heart disease, Digitalis is often the remedy, and in these cases the skin is more apt to be bluish, as from venous stagnation, than in those cases dependent on renal disease.

Among the troubles consequent upon weak heart action with slow pulse that are particularly amenable to digitalis are vertigo (this is often found in the aged); dropsy of brain, chest, abdomen or scrotum; passive congestion of the lungs.

Among the more characteristic symptoms, aside from the slow pulse, are:

“Faintness or sinking at stomach; feel as if he were dying.”

“Sensation as if the heart would stop beating if she moved.” (Gelsemium, if she did not keep moving. Lobelia, as if it would cease any way).

When going to sleep the breath fades away and seems to be gone; then wakes up with a gasp to catch it, cannot get to sleep on this account. (Grindelia and Lachesis).