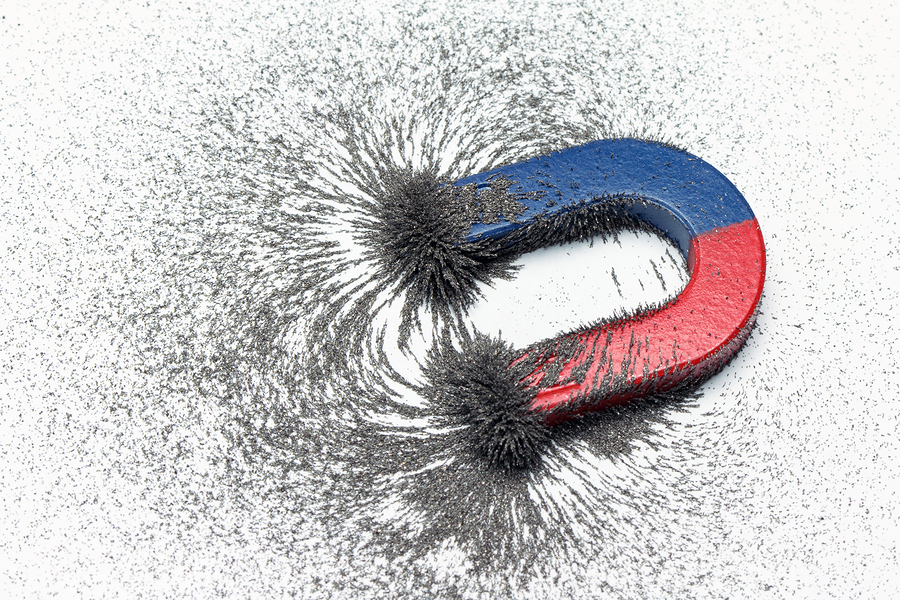 Those needing Ferrum Metallicum (Ferr.) have uneven and changeable moods, skin colour (pale to flushed) and circulation (from vasomotor disturbances). They may have a rosy complexion and look healthy but will complain of tiredness, chilliness, breathlessness, or joint and muscle pain that improves with movement.

Symptoms usually worsen at night and paradoxically, they feel worse for exertion and being still (sitting or lying) but better for gentle motion such as slow walking. There is a tendency to obesity and anaemia. While fat and eggs may disagree, tomatoes, sour foods and sweets are often craved.

Ferrum Metallicum (Ferr.) is available from our online store as a single remedy in either pills or liquid, and as part of the following Complex (combination remedy): Rotator Cuff & Shoulder Pain.

For acute and self-limiting complaints, take one pill or five drops of the remedy every 2 to 4 hours (once every 2 hours for intense symptoms or once every 4 hours for milder ones). Once an improvement is noticed, stop dosing and repeat the remedy only if symptoms return. If there is no improvement at all by three doses, choose a different remedy or seek professional guidance. Chronic symptoms or complaints require a course of professional treatment to manage the changes in potencies and remedies that will be required.

Anæmia with great paleness of all the mucous membranes; with sudden fiery-red flushing of the face.

Regurgitations or eructations, or vomiting of food at night that has stayed in the stomach all day; undigested painless diarrhœa.

Modalities: < after eating and drinking; while at rest, especially sitting still; > walking slowly around.

This is another one of the abused remedies.

It stands with the old school for anæmia, as does Quinine for malaria. Each can and does cure its kind of both conditions, but can cure no other; and each, when it is the true curative, is capable of doing its best work in the potentized form.

Dr. Hughes writes “The treatment of anæmia by Iron is one of the few satisfactory and certain things in modern medicine. From whatever cause this condition may arise, whether it be the chlorosis of defective menstruation, or the simple poverty of blood induced by hæmorrhages, deficiency of air, light, and suitable food, or by exhausting diseases, Iron is the one great remedy.”

I must say that I think that a man who would write like that of any remedy is not to be blamed for talking of the few satisfactory and certain things in modern medicine. Iron is no more of a panacea for anæmia than is Quinine for malaria or Phosphate of Lime for deficient bone development.

My experience has taught me that there are several other equally efficient remedies for these conditions and that when they are not indicated they not only cannot cure but do injure every time they are prescribed, especially in the material doses in which they are generally recommended by such teachers.

I must here state my experience founded on abundant practice and observation that such prescribing is not only un-Hahnemannian, but in every sense un-homœopathic, and I warn all beginners not to practice along that line or they too will come to talk of the few satisfactory and certain things in modern medicine.

Now we have given this quotation from Dr. Hughes, it is only fair to him to quote him again, inasmuch as he, in this latter quotation, talks more sensibly. Talking about anæmia, he says “The malady does not ordinarily arise from any failure of the quantity of iron supplied in the food. If the element is deficient in the blood the fault lies in the assimilative processes. But Reveil has ascertained that in anæmia there is no change whatever in the amount of iron present in the blood. However few the corpuscles they contain within them the full proportion of the metal normal to health, and though under the influence of iron itself they increase to double and triple their number they yield no more iron.”

Then Cowperthwaite adds: “It is also true that when iron is introduced into the system in large quantities with a view to supplying a deficiency of iron in the blood that it is not assimilated, but may be almost entirely obtained from the fæces, having been eliminated by the intestines. It is evident, therefore, that iron does not act as a curative agent by virtue of its absorption as a constituent of the blood, but rather, as we are led to conclude, from its physiological effects upon the organs and tissues of the body, that it owes its therapeutic virtues to the same essential dynamic agency possessed by other drugs, and its application is subject to the same therapeutic law.”

Sound words, these; then let no man prescribe Iron or any other remedy for anæmia, or any other disease, without indications according to our therapeutic law of cure. I have seen better cures of bad cases of anæmia by Natrum muriaticum in potentized form than I ever did from Iron in any form, although Iron has its cases, as have also Pulsatilla, Cyclamen, Calcarea phos., Carbo veg., China and many other remedies.

We will now call attention to the symptoms that indicate Iron in anæmia or any other condition where Iron is the remedy.

“Great paleness of mucous membranes, especially that of the cavity of the mouth.” (Raue.) “Always better from walking about, notwithstanding weakness obliges patient to lie down.” (Guernsey.) “Menses too soon, too profuse, too long lasting, with fiery red face, ringing in the ears (China), flow pale, watery and debilitating.”

Now if in addition to these symptoms you have, notwithstanding the general anæmic condition of the patient, frequent rushes of blood to the head, chest, face, or other local congestions you have a typical Iron case and may confidently expect a cure if given in potency and at proper intervals.

But if your patient has been already “loaded up” with Iron on the theory that the blood must be “fed” with it, the fact is, generally that she is suffering from the over-dosing more than from the original disease and you will proceed to find the best antidote, guided by the symptoms here as elsewhere, and, in adapting such remedy to the case as it is, will often be able to cure both the natural and drug disease together.

It is a blessed thing that this is so, for if the Quinine, Iron and other medicinal cachexia stalking about in our midst were not curable, we would be a sorry spectacle as human beings if allopathic dosing were allowed to go on.

Now while we are talking about this so-called blood remedy we will speak about its general hæmorrhagic tendencies. These local congestions so characteristic of Iron are attended by hæmorrhages from nose, lungs, womb, kidneys, etc., hence it becomes one of our best remedies for hæmorrhages in anæmia or debilitated subjects with the peculiar symptoms before mentioned.

In the form of Ferrum phos., of which we have already written, taking the fact that both remedies entering into the combination have decided hæmorrhagic tendencies, it becomes doubly effective in this sphere.

But Iron is not by any means confined in its usefulness to blood troubles, and we will notice briefly some other uses of this valuable curative agent. In disorders of stomach and bowels it becomes sometimes the only remedy, and has some peculiar and characteristic symptoms indicating it here.

“Canine hunger (China), alternating with complete loss of appetite.” “Regurgitation of food, or eructations after eating.” “Wants bread and butter; meat disagrees (opposite Natrum mur.) Beer or tea also disagrees. Food lies in the stomach all day and is vomited at night.” “Bowels feel sore as if they had been bruised, or as if he had taken cathartics; undigested, painless stools at night, or while eating or drinking.” (Croton tig., China).

These and many other symptoms show its value here, and it is noticeable, the resemblances of this remedy to China. There is sometimes difficulty in choosing between them, but there is more flatulence with China. Both remedies have, markedly, lienteria and painless diarrhœa. These two remedies both antidote and complement each other under certain circumstances. They should be studied in comparison as debility remedies.

Next to the easily flushed and red face as a characteristic symptom stands this -“Walking slowly about relieves.” (One other remedy has this general characteristic almost, if not equally strong, viz., Pulsatilla). This is true of the general restlessness, of the great weakness also; he feels better walking slower about, even though he is so weak he has to sit down every little while to rest; pain in the hip joint drives out of bed and is only relieved while walking slowly.

I once had a rather pale lady come to me for treatment for pains in the forearms; after prescribing for her for a week, she let drop this symptom, that the only way in which she could get relief nights (when the pain was almost unbearable) was by getting right up out of bed and walking slowly about the room. Ferrum metal. 1000th cured her promptly and she never had a return.

Some people think that metals cannot be potentized, but when I make numerous cures like this with Iron, Stannum, Zinc and Platina I don’t believe it.

Palpitation of the heart, hæmoptysis and asthma are also relieved in the same way by walking slowly about. It would seem hardly possible that such complaints could be so relieved, but there are many such curious and unaccountable symptoms in our Materia Medica which have become reliable leaders to the prescription of certain remedies.

Ferrum is one of our best remedies for cough with vomiting of food. It is also one of the very few remedies having a red face during chill, and has more than once led to the cure of intermittent fever on that symptom. Again it is one of the remedies found in intermittents that have been abused by Quinine. In these cases we often find the splenic region sore on pressure and much swollen.