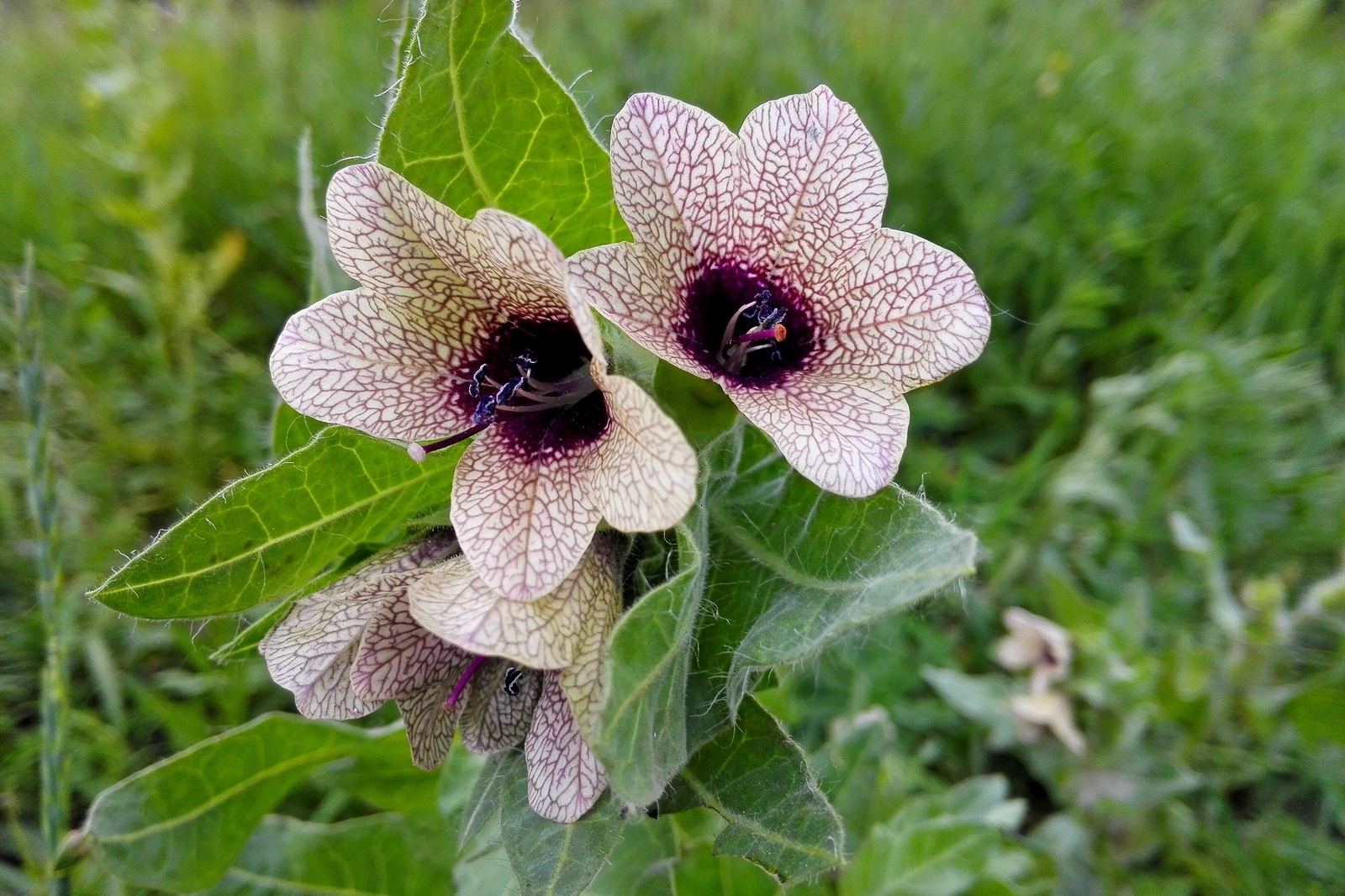 Hyoscyamus Niger (Hyos.) is a homeopathic remedy prepared from the whole Hyoscyamus niger plant in the second year of growth.

What Is Hyoscyamus Niger (Hyos.) Used For?

Hyos is an important remedy for behavioural or learning problems in children, types of dementia in the elderly, or outright promiscuity, mania and seizures types in all ages.

Children display silly, annoying behaviour in which they get pleasure from deliberately irritating or upsetting others – they ‘act out’ for the effect it produces even to the point of trying to shock by publicly removing their clothes or engaging in precocious sexual behaviour.

The symptoms of those needing Hyos are often worsened by touch or heightened emotions from disappointed love, jealousy or fright.

They will be restless, often feel hot, and may experience tics, jerks, or spasms. Sinuous movements or dancing may be observed.

Fingers and hands are described as ‘busy’ in that they will often play or pick at things constantly and restlessly.

Where Do I Find Hyos?

Hyoscyamus Niger (Hyos.) is available from our online store as a single remedy in either pills or liquid.

Today, these same writings give a fascinating insight into the symptoms and clinical conditions for which homeopathy was used.

Hyoscyamus is as delirious as Belladonna, but the high grade of delirium alternates with the low. With Belladonna the violent form predominates, while the quiet or stupid form is the exception.

With Hyoscyamus it is just the other way. The stupid muttering form predominates, with occasional outbreaks of the violent form.

The face of the Belladonna patient is red, that of Hyoscyamus pale and sunken. The Hyoscyamus patient is weak and the weakness increases. His violent outbreaks of delirium cannot keep up long on account of weakness. This is not so much so with either Belladonna or Stramonium.

The Hyoscyamus patients may begin with the violent form or outbreaks of delirium, but they grow more mild and less frequent, and the low or stupid form increases until there is total unconsciousness; so much so that it sometimes becomes difficult to choose between it and Opium.

The tongue gets dry and unwieldy, the sensorium so cloudy that even if you can arouse the patient to answer questions correctly he immediately lapses right into stupor again.

This unconscious condition may continue even with the eyes wide open, staring around the room, but seeing nothing but flocks, at which the patient reaches and grasps; picks the bed clothes, indistinctly muttering, or not saying a word for hours.

The teeth are covered with sordes; the lower jaw drops; stools and urine pass involuntarily; thus presenting the most complete picture of great prostration of mind and body.

This is a picture of Hyoscyamus as we find it often in typhoid fever, or typhoid pneumonia (where it is the best remedy I know of), scarlatina and other diseases. It is a wonderful remedy, but not of wide range like Belladonna.

Hyoscyamus is not only a great remedy in the acute affections of which we have written, but it is also one of the most useful in chronic manias.

If acute delirium passes on into the settled form, called mania, this remedy is still one of our chief reliances. It is much oftener of use here than Belladonna.

Again, if the mania comes on after an acute disease it is still one of our leading remedies.

In these forms of mania there are certain very marked symptoms calling for its use, such as, the patient is very suspicious; will not take the medicine because he thinks you are trying to poison him, or thinks some plot is being laid against him.

He is jealous of others, or the first cause of the attack is jealousy. Again, the mania often takes on the lascivious form.

The patient uncovers and exposes himself, sings and talks amorously. Hyoscyamus leads all the remedies for this form of mania.

The patient, like the one in acute delirium of this remedy, is liable to alternate between the mild and violent manifestations; at one time so mild and timorous as to hide away from every one, and again so violent that she will attack, beat, fight. scratch, and try to injure anyone within reach.

The Hyoscyamus maniac is generally weak, and so this remedy is found particularly adapted to mania consequent upon the infirmities of age. Of course it is useful in all ages if indicated by the symptoms.

The nervous manifestations of this remedy are not confined to the cerebral symptoms; but seem to involve the whole system.

As H. N. Guernsey says: “Every muscle in the body twitches, from the eyes to the toes.” This is one of his chief indications for its use in convulsions, whether epileptic or not.

The spasms are generally of the clonic, not the tonic order, as in Nux vomica or Strychnia. Nor are they so violent as those under Cicuta virosa; but the general twitching is characteristic in convulsions, as is the subsultus tendinum in typhoids.

Hyoscyamus is very useful in a form of dry cough which is aggravated when lying down and relieved by sitting up. Here, too, it is particularly useful in old people.

I have already referred to its great usefulness in pneumonia. I wish to emphasize it, and believe it to be the leading remedy in the typhoid form of the disease. At least it has performed wonders for me.

It is also very useful in scarlatina of the typhoid form, and is complementary to Rhus tox. in those cases.

I never alternate the two, but if the depressed sensorium and delirium goes beyond the power of Rhus to control I suspend the Rhus for a day or two and give Hyoscyamus, which will so improve the case that Rhus may again come into use and carry it to a successful termination.

This is the only alternation I am even guilty of. It is like that of Hahnemann when he alternated Bryonia and Rhus in fevers.