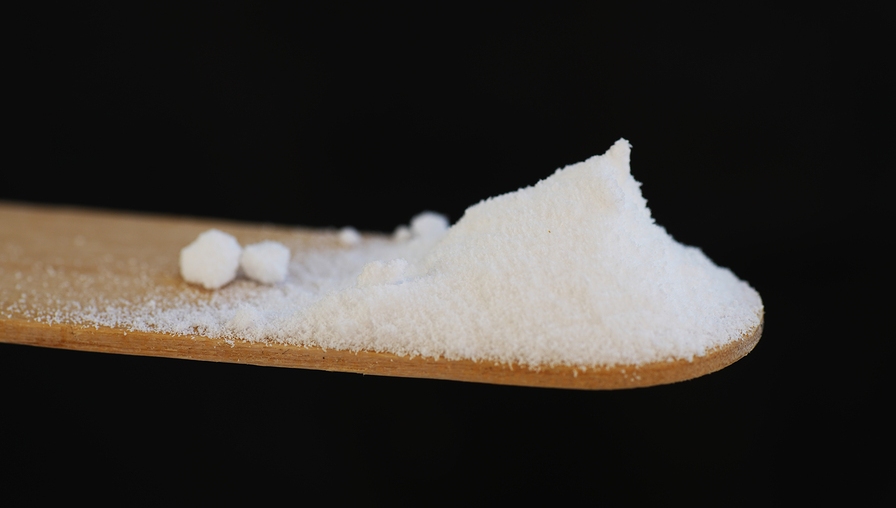 Kalium Carbonicum (Kali-c.) is a useful remedy for types of arthritis, asthma, peptic ulcers, sinusitis and respiratory cararrh … when the symptom complexes of each problem match those of Kali-c. Those who need Kali-c. have strong mental control, are sticklers for the rules, dutiful, and moral. They crave sweets and emotions are felt in the solar plexus or abdomen – either like a bruise or blow. They are sensitive to drafts, complain of feeling cold yet sweat heavily, and catch colds after excessive perspiration. The upper eyelids may swell and pains feel needle-like, stitching and piercing. Physical symptoms or insomnia worsen between 2-4am.

Kalium Carbonicum (Kali-c.) is available from our online store as a single remedy, and as part of the following Complex (combination remedy): Cramps – Menstrual.

Pain in lower right chest through to back.

Anćmia with bloating, especially upper eyelids, which hang down like a bag of water.

Flatulence great; everything turns to gas.

After loss of fluids or of vitality, particularly in the anćmic.

Asthma, relieved when sitting up or bending forward, or by rocking (Ars.); worse from 2 to 4 A. M.

Backache, before and during menses.

This remedy, like some others, finds its leading symptom in the character of its pains. It leads all the remedies for stitching pains. Bryonia stands next, but there is a very marked difference. The stitching pains of Bryonia come on with every movement, and only exceptionally when quiet, while those of Kali carb. come on independently of movement. Again, the stitching pains of Bryonia are oftenest located in serous membranes, while those of Kali carb. are found anywhere and everywhere, and in almost every tissue, even to the teeth. One of the favorite localities, however, for this remedy is in the lower right chest. This sharp stitching pain is likely to run right through to the back. If in pneumonia or pleuro-pneumonia your Bryonia has failed when you thought it indicated, and further examination reveals that the stitching pains come on independently of the respiratory movement, Kali carb. often helps, and follows well after Bryonia. Often the fact is, that Kali carb. was all the time the remedy and ought to have been given first. Now, these stitching pains of Kali carb. are not by any means confined to the right chest, but we may find them in the left, especially in pleuro-pneumonia, peri- or endocarditis. Remember, also, Mercurius vivus in these lower right-chest pains. If there should be present at the same time sweat without relief, and the mercurial mouth and tongue, neither Bryonia nor Kali carb. are “in it.”

Another kind of case in which this remedy has achieved signal success, being indicated by the stitching pains, is puerperal fever.

The pains are so sudden and so sharp as to make the patient cry out loudly, and then they are gone. Kali carb. has saved some desperate cases of this kind. But it makes no particular difference where the disease is located, if these stitching pains are present, Kali card should not be forgotten. We cannot too strongly emphasize this.

Kali carbonicum exerts a profound influence over the blood-making processes. The blood lacks red corpuscles. The patient is anćmic, with great debility, skin watery or milky white. This condition is often found with young ladies at the age of puberty. They do not seem to be able to menstruate because of the poor quality of blood and general weakness. They incline to bloat, particularly in face, around eyes and especially upper eyelids, and have much pain and weakness in the lumbar region as well as general weakness. Kali carb. is in such cases sometimes successful after Ferrum or Pulsatilla have been wrongly prescribed.

This anćmic condition is also found at the menopause, and in old age, when the same dropsical tendencies appear, and the same characteristic bag-like swelling, or rather bloating, in the upper eyelids appears. In all these cases you will generally, or often, at least, find what is called “weak heart.” The heart action is irregular or intermittent from very weakness in correspondence with the general muscular weakness. One of the characteristic symptoms which makes us think of Kali carb. in these cases in the constant backache of such a nature that the patient feels all the time that the back and legs must give out. she drops into a chair or throws herself on the bed completely exhausted. This aching often extends into the hips and down into the gluteal muscles. Patient sweats easily. Farrington says: “This particular sweat, backache and weakness as a combination is not found under any other remedy.”

I have already spoken of this remedy somewhat while writing of its stitching pains as an indication for its use in diseases of the chest, but I did not there do it full justice. It is not only a great remedy for pneumonia, pleurisy and heart troubles, as there spoken of, but goes much further and becomes very useful in incipient and even with advanced cases of phthisis pulmonalis. I have seen a case pronounced incurable by several old experienced and skillful physicians, Dr. T. L Brown among them, get well under a dose once in eight days of Kali carb. The disease was located mainly in the lower right lung, with profuse expectoration of matter of pus-like appearance, pulse 120, greatly emaciated, no appetite, and quite a large cavity in the lung. This man is still alive (twenty-five years later), hale and hearty. Such service from any remedy makes a man fall in love with it. There is a time characteristic for this remedy which is very valuable in chest affections, viz, aggravation at 3 A. M. It may be found in cough, consumption, hydrothorax, asthma, and dropsies attending heart disease The father-in-law of Dr. T.L. Brown, an anćmic old man, was apparently near his end with hydrothorax and general dropsy Dr Brown was a skillful Prescriber, but in this case had utterly failed to even relieve. In consultation with Dr. Sloan, after carefully reviewing the case, the fact appeared, through de daughter of the patient, who had been his nurse all the time, that all his symptoms were aggravated at 3 A. M. Now Kali Carb. 200 was given, and with such miraculous results that in an incredibly short time the old man was well and never had a return of that trouble. He lived for several years after, and, finally, did nor die of dropsy at all. The day of miracles is not past yet. Hahnemannian Homśopathy performs them still.

I cannot persuade myself to have this remedy yet, although I have given its chief uses.

I must call attention still further, even at the risk of repearing somewhat, to some very important symptoms. In regard to the nervous system I have already spoken of the great debility which I have called muscular debility, but there is a weakened condition of the nerves which renders them very sensitive which is well described in the symptoms found in the Materia Medica. “Very easily frightened, shrieks abut imaginary appearances; cannot bear to be touched; starts when touched ever so lightly, especially on the feet” these are valuable indication for Kali carb. Then don’t forget the “bag-like śdematous swelling in the upper eyelids.” It goes with many affections and is invaluable as a guiding symptom. “Sticking pain in the throat (pharynx), as if a fishbone were sticking in it” (see Hepar sulphur, Dolichos, Nitric acid and Argentum nitricum).

“Stomach distended, sensitive, feels as if it would burst.”

“Excessive flatulency, everything he eats or drinks appears to be converted into gas.”

“Fullness, heat and great distention in abdomen immediately after eating a little.”

“Abdomen distended with wind after eating.”

All these stomach and abdomen symptoms indicate the value of this remedy in dyspeptic conditions. They make us think of Carbo vegetabilis, China officinalis and Lycopodium clavatum, but remember Kali carb. and that it is especially adapted to broken down, aged people who are anćmic. “Sitting up, leaning forward, relieves in chest affections.” The patient is also aggravated by lying on the affected side. Don’t forget this, for it may enable you to choose between it and Bryonia, which has the reverse.

Now in what I hat written I do not pretend to have told all, and if I thought that any young physician would be led to rely alone upon this work of mine or be led away from thorough study of the Materia Medica instead of to it I would stop writing.