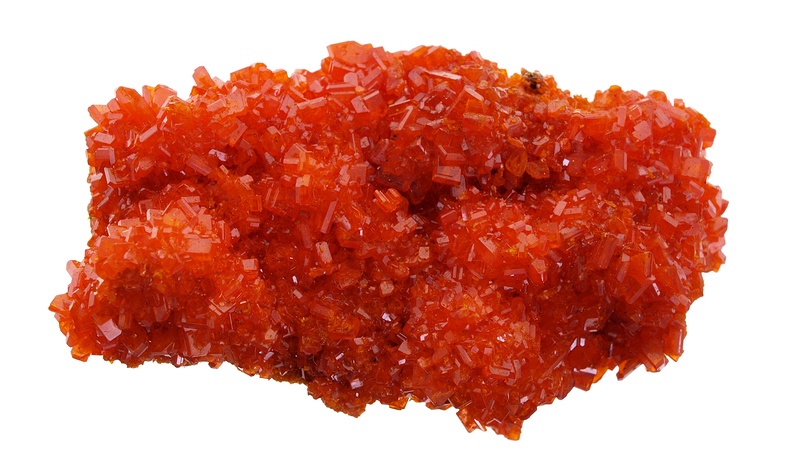 Homeopathic Kalium Bichromicum (Kali-bi.)  is prepared from a common chemical reagent that has many industrial and laboratory applications. In homeopathy, it is used for thick, gluey or ropy discharges from the mucous membranes. The person may have pains in small spots (able to be covered by a thumb) such as those from sinusitis. Arthritic pains may move from joint to joint or alternate with respiratory or gastrointestinal symptoms and ulcers have a ‘punched-out hole’ appearance. Those needing Kali-bi. often feel chilly, gloomy and irritable, and may have a reputation of being ‘long-winded’, conservative and narrow-minded.

Kalium Bichromicum (Kali-bi.) is available from our online store as a single remedy, and as part of the following Complexes (combination remedies): Common Cold – Thick; Mouth Ulcer; Sinus Pain.

Affections of the mucous membranes with discharge of tough, stringy, adherent mucus, which can be drawn out into long strings.

Round deep ulcers, as if cut out with a punch.

Pains appear in small spots, which can be covered by a silver dollar or the point of the finger, especially in the sick headache, which is preceded by blindness.

Yellow coating at base of the tongue; or dry, smooth, glazed, cracked tongue.

Rheumatism alternating with dysentery or diarrhea.

“Affections of any mucous membrane with discharges of tough, stringy, adherent mucus, which can be drawn out into long strings.”

No remedy has this more prominently than this one. Hydrastis comes near to it, and Lyssin may approach it when from the mouth or throat; also Iris versicolor. But Kali bich. produces and cures this kind of discharge from nose, mouth, fauces, pharynx, larynx, trachea, bronchi, vagina and uterus.

And the action of the drug does not stop here but goes on to the formation of tough membrane, on the same surfaces.

Again it causes and cures ulcerations of the mucous membranes. These ulcers are peculiar, “deep as if cut with a punch, edges regular.”

I remember one case of years ago in which such ulcers appeared in the throat of a woman. One had eaten up through the soft palate into the posterior nares, and the whole palate looked as though it would be destroyed by the ulcerative process if not speedily checked. The case had a syphilitic look to me and had been under the treatment of two old school physicians for a long time.

I gave Kali bich. 30th, and to say that I was astonished at the effect (for it was in my early practice) is putting it mildly, for the ulcers healed so rapidly, and her general condition, which was very bad, correspondingly improved, that it three weeks from that time she was well to all appearance and never had any return of the trouble afterwards, or for years, at least as long as I knew her. I forgot to state that she also had the stringy discharge, though not so profuse as I have often seen in other cases.

I once cured a dog that had a sore mouth and throat, from which the saliva hung in strings, and dragged on the ground as he staggered along. People who saw him said he was mad, but I think not, as he did not snap or bite or have suffocating spasms.

Kali bichromicum is one of our sheet anchors in the treatment of disease of the mucous membrane of the nose. Not only in inflammations of an acute character, which are attended with stringy discharges, but also of a chronic kind known as “chronic catarrh.”

In these cases the patient often complains of much pressure at the root of the nose (Sticta pulm.), and especially if an habitual discharge becomes suddenly suppressed. Slugs and clinkers form in the nose, which form again and again after removal. Sometimes there discharge tough green masses or hard plugs.

This process of chronic inflammation may go on from bad to worse, until ulceration sets in to such an extent that the whole septum may ulcerate away. I have known a case in which the apparently “punched out” ulcers ate a hole right through the septum. This may be syphilitic or not. If in syphilitic cases the destructive process should attack the bones, Kali bich. may still be of use, though I should expect to be obliged to resort to Aurum met. or some more deeply acting remedy.

I have likewise found in those troublesome cases of chronic post-nasal catarrh, where the dropping back into the throat is stringy, or those crusty or pluggy formations occur, this to be a good remedy, and it has gained me some fast friends.

In its formation of membranes in the throat it is as positive as any other remedy, and when the membrane extends downward into the larynx, causing membranous croup, I believe no remedy excels it. I have with it cured many cases of diphtheritic croup, and of late years never give it below the 30th Potency, because abundant experience has convinced me that it does better than the low triturations.

Kali bichromicum has been of use in the treatment of stomach troubles. The vomiting is often of the ropy character, and here also, as in nose, mouth and throat, we may have formed “round ulcers”

But short of actual ulceration we have a form of dyspepsia, in which this remedy is very useful. It is often found in drunkards, especially beer drunkards. There is great weight in the stomach, fullness, a distress immediately after eating (like Nux moschata), but not like Nux vomica, which comes on two or three hours after, nor like Anacardium, which also comes on two or three hours after eating, and then the pain continues until he eats again, which relieves.

There are two appearances of the tongue which may be present in conjunction with these stomach troubles; one is a yellow coating at the base (Mercurius prot. and Natrum phos.), the other a dry smooth glazed or red cracked tongue. This latter tongue is found more often in connection with dysentery in which Kali bich. has sometimes done good service.

There is one kind of discharge which comes from mucous membranes of which I have not yet written, “jelly-like mucus.” (Aloe socotrina). It may come from nose, posterior nares, vagina or anus. This is especially found in dysentery where the stools have by some other remedy changed from an appearance “like scrapings” to the jelly-like form. Of course leucorrheas of both the ropy and jelly-like variety come under this remedy and many fine cures have resulted from its use.

It is no less so in affections of the respiratory organs, in coughs, croup, bronchitis, asthma, and even in consumption. The chromic acid element in this combination of Kali seems responsible for the ropy mucus, as no other Kali has it in any such degree.

There are a few more points about this remedy that ought not to be omitted. The pains are peculiar. They appear in small spots, which can be covered with the point of a finger. This is markedly so with the pains in the head. In sick headache often so.

Farrington says: “There are quite a number of remedies having blind headache, but Kali bichromicum is the best of them.” The blindness comes on before the headache; then, as the headache begins, the blindness disappears. (See Iris versicolor and Natrum mur.) Then the pain settles in a small spot, and is very intense.

Again, the pains of Kali bichromicum appear and disappear suddenly. This is like Belladonna. Then, again, they fly from one place to another like Pulsatilla.

There are five remedies having markedly wandering or erratic pains, viz.: Kali bichromicum, Kali sulphuricum, Pulsatilla, Lac caninum and Manganum aceticum. Kali bichromicum does not stay as long in a place as Pulsatilla does, nor is there so much disposition to swell.

Kali sulphuricum is most like Pulsatilla in all its symptoms (see Boericke & Dewey’s Twelve Tissue Remedies). The Manganum pains shift crosswise from joint to joint, while Lac caninum alternates sides, being worse on one side one day and on the other the next, etc.

Kali bichromicum is particularly adapted to fat, light-haired persons, or children disposed to catarrhal, croupy, scrofulous or syphilitic affections. Dr. Drysdale deserves much credit for what he has done for the profession by introducing this truly great remedy.