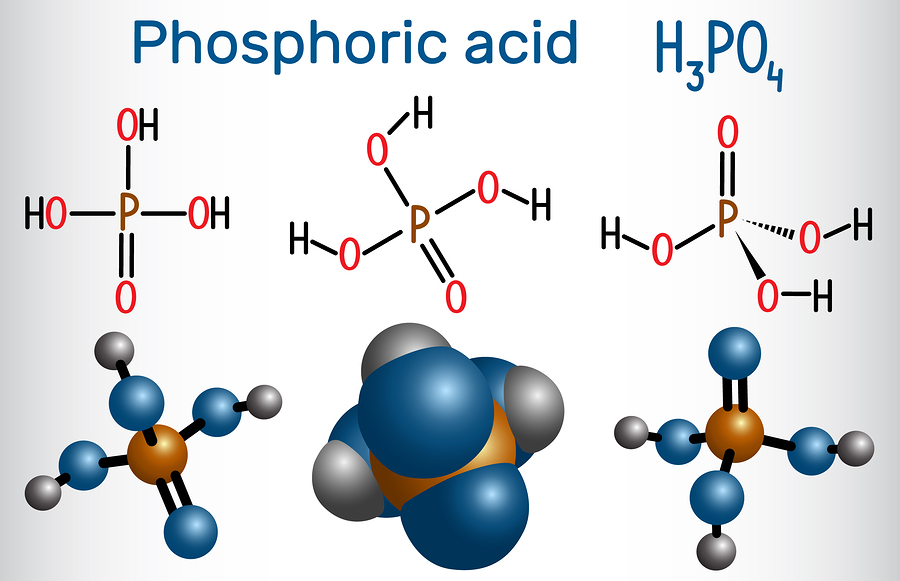 Phosphoricum Acidum (Ph-ac.) is a remedy for emotional weakness that leads to mental and physical weakness. Ailments follow grief, disappointment, unrequited love, drug abuse, or exhausting illnesses with fluid loss such as diarrhoea, vomiting, perspiration, or night-time emissions. The person will be apathetic, weak, chilly, and crave fruits or juicy, refreshing things. Symptoms improve with sleep.

Phosphoricum Acidum (Ph-ac.) is available from our online store as a single remedy in either pills or liquid, and as part of the following Complexes (combination remedies): Bed-wetting; Convalescence; Grief & Loss; Homesickness.

Drowsy, apathetic; unconscious of all surroundings but can be aroused to full consciousness.

Grows too fast and too tall; young persons with growing pains in bones.

Great physical and mental weakness from ovarian or sexual excesses.

Diarrhœa WHITE, watery, painless, with rumbling; meteorism; but not so much weakness as would be expected.

Headache of school girls from eye strain, or overuse of eyes, occipital. Chest, weak from talking or coughing; cough, purulent, offensive expectoration, and pains in chest. Salty expectoration in proving.

The leading characteristic of this remedy lies in its effects upon the sensorium. “He lies in a stupor or in a stupid sleep, unconscious of all that is going on around him, but when aroused is fully conscious.” This is Phosphoric acid in its intensest degree, as found in typhoid fever, in which it is one of our best remedies. But it is not alone here that the sensorial depression appears.

It may he found in a lesser degree, in the results of depressing emotions, like grief at the loss of a friend, lover, property or position, and the effect seems to be even deeper rooted than in those cases which call for Ignatia. (See also Lachesis.)

The subject seems stupefied with grief. There is not, the nervous twitching of Ignatia, but a settled despair, general weakness or prostration. The hair turns gray, and a weary, worn and haggard, hopeless look obtains. I have succeeded in curing such a case when Ignatia failed.

In such a case the patient sometimes complains of a pain like a crushing weight on the vertex, or, again, of pain in the occiput or nape of the neck, and with both they appear physically weak, or exhausted, want to lie down, don’t want company, or to be noticed or spoken to.

We often find this sensorial depression in connection with the effects of onanism or excessive coition. The patient is disturbed by the culpability of his indulgence, grieves over it, is inclined to sink into despair.

This is true of both sexes, and the depression is much worse if the patient is growing too fast, or is overtaxed mentally or physically. With Calcarea carb. they grow too fat, with Phosphoric acid too fast and tall.

We have in Phosphoric acid a remedy for the headache of students, especially of those who are growing, too fast. It is a sin to keep such young people bowing down to hard study, and while it is true that youth is the time to get an education it is also true that it is the time when too great a strain in that direction may utterly wreck and forever incapacitate a mind which might, with more time and care, have been a blessing to the world.

Now Phosphoric acid, properly exhibited, may be of incalculable benefit in such cases. It will sometimes be a choice between Phosphoric acid and Natrum muriaticum or Calcarea phos., the other symptoms must decide.

In regard to the use of Phosphoric acid in typhoids, there are no other remedies exactly like it in its depressing effect on the sensorium. Arnica has its apathy or indifference; but the Arnica depression is more profound, as is also that of Baptisia, for they both go to sleep while answering a question, showing how overpowering is the stupor. Then with the former we have petechiæ or ecchymosis, which is not found under Phosphoric acid, and under the, latter the tendency to, decomposition of the fluids as found in the terribly offensive stools and urine.

Opium surpasses them all in its stupefying powers, and the face, breathing and general appearance, is not at all, like Phosphoric acid.

Rhus tox, and Hyoscyamus are very stupid also, but in other respects are very different. The description of these remedies is found under each, as we have written of their use in typhoids. Nux moschata ought also to be mentioned in this connection.

We must not forget the action of Phosphoric acid upon the bowels. It does not exhibit any peculiar characteristic action upon the stomach, but does in the abdominal region, as the following well-verified symptoms show: “Meteoristic distention of the abdomen; rumbling and gurgling and noise as from watery, painless stools.” “Diarrhœa white, or yellow, watery, chronic or acute, without pain or any marked debility or exhaustion.”

Now, it seems very singular that, after so much talk about the general depression or weakness of this remedy, we should be obliged to record that the profuse and sometimes long-continued diarrhœa should not debilitate, as a characteristic symptom. Well, there are a good many unaccountable things, in both disease and therapeutics, and this is one of them, but the fact remains and we act upon it.

Let us remember that the profound weakness and depression of Phosphoric acid is upon the sensorium and nervous system, and will be there whether diarrhœa is present or not. It is markedly so in typhoids, as I can fully attest from abundant observation.

China debilitates by its diarrhœa or loss of fluids generally. Phosphoric acid attacks the nervous system primarily, even in onanism, and its results or effects are not so much the loss of semen as a vital fluid, as under China, the nervous system suffering very much, even though the emissions be neither very frequent nor profuse.

Young boys even suffer from the effects of the orgasm of onanism before there is much or any semen secreted. This is well to remember in a choice between these two remedies.

There is a condition in which I have found this remedy very valuable, especially in men. The leading symptom is a “weak feeling in the chest from talking.” You remember Stannum has this symptom very strongly (also Sulphur) and may lead us into a wrong prescription if only the one symptom were considered.

If the patient is a young man, married or single; if, again, he seems weak in mind, listless, apathetic, reticent; if he is growing fast; all these things would indicate Phosphoric acid, and the proper use of it might save him from consumption, for many go into it in this way.

If he has cough with expectoration, under Phosphoric acid, it will be copious, purulent, offensive; under Stannum, thick, heavy and of sweetish taste. All this condition of things may, when Phosphoric acid is the remedy, find its cause in one or both of two things: Onanism or sexual excess, and too rapid growth.

The first is found with general nervous depression, and if there is headache it is like Gelsemium relieved by the flow of urine. The other is from excess of phosphates in the urine, indicating nerve waste. We must distinguish between the profuse urine of Ignatia and Phosphoric acid, for the first is hysterical, the latter not at all so.