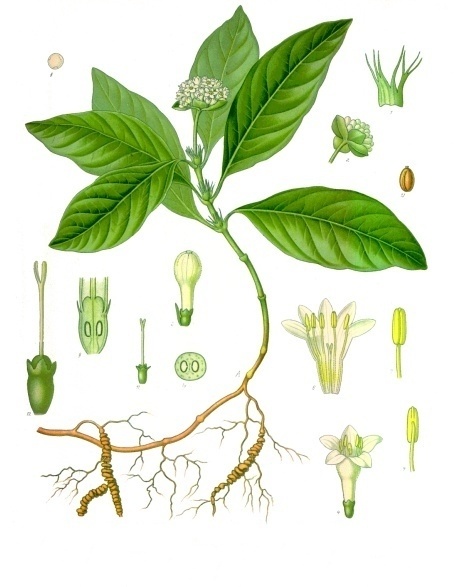 Ipecac was used by conventional medicine
in the past to initiate vomiting when poisons had been swallowed. Homeopathically, it treats types of nausea and vomiting, especially when accompanied by complaints such as pain, bleeding (haemorrhage), asthma or bronchitis. The person who needs Ipecac will be thirstless but have profuse salivation with a clean tongue, and vomiting won’t relieve their nausea or the underlying complaint. Instead, they often feel worse for vomiting. Heat or warm environments also worsen symptoms. Ipecac is also useful for spasmodic respiratory complaints such as croup, bronchitis, asthma and gagging, retching coughs.

Ipecacuanha (Ip.) is available from our online store as a single remedy, and as part of the following Complexes (combination remedies): Cough – Loose; Nausea.

Persistent nausea, which nothing relieves, in many complaints.

Headache as if bruised, all through the bones of the head, down into root of tongue, with nausea.

Stools as if fermented, or as green as grass, with colic and nausea.

Better than Quinine, in intermittents, or after its abuse, the symptoms agreeing.

Ipecacuanha leads all the remedies for nausea. Any complaint accompanied with persistent nausea, the patient not being at all relieved by vomiting, just as sick after as before-this is what we mean by persistent nausea. This should at once call attention to this remedy. It is often found in connection with gastric troubles from dietetic errors, and the choice will sometimes be between Ipecacuanha and Pulsatilla, because both are useful in gastric disturbances caused by indulgence in mixed diet -pastry, ice-cream, pork, fatty food, etc. Pulsatilla may be considered the better, while the food is in the stomach. Ipecacuanha after it is out, but the nausea persists notwithstanding.

Again, with Pulsatilla the tongue is often coated, like Antimonium crudum, while with Ipecacuanha there may be a slight coating, or the tongue may be perfectly clean. This vomiting with clean tongue, however, is not an infallible indication for Ipecacuanha, for we sometimes find it in connection with worm symptoms, where Cina has it just as prominently, and is the remedy. Digitalis also has it in heart disease. Ipecacuanha affects the whole intestinal tract. One very characteristic symptom is that the stomach and bowels feel as if relaxed and hanging down.

There are three kinds of looseness of the bowels, or rather three characteristic stools:

All these stools are found very often in children, especially in summer time, often as a consequence of overeating or wrong eating, when a dose of Ipecacuanha 200th will set matters to rights, and prevent the little patient from running into so-called cholera-infantum or enterocolitis, which often becomes a very serious and obstinate affection. The characteristic nausea is a sure indication.

We will also find this nausea present, where this remedy is the “proper caper,” in headaches. Headache, as if bruised, all through the bones of the head, and down into the root of the tongue. This kind of headache may be of rheumatic origin, but the nausea is there just the same, if Ipecacuanha is to cure. Then we have a sick headache of gastric origin, the nausea beginning before the pain in the head, and continuing all through. In what seems to be hydrocephaloid with this nausea, Ipecacuanha has often cleared up the whole case in a few hours.

Again, we find the nausea accompanying the cough in the affections of the respiratory organs. Also in the hćmorrhages and in the fevers in which it is often indicated. In short, we cannot do better than to use Hering’s expression: “Nausea, distressing, constant, with almost all complaints, as if from the stomach, with empty eructations, accumulation of much saliva, qualmishness and efforts to vomit,” nothing relieves.

During the nausea, the face is generally pale, eyes sunken, with blue margins, and often there is more or less twitching of face and lips, and sleepiness after vomiting. We have a great many remedies that are powerful emetics, like Antimonium tartaricum, Zinc sulphate, Lobelia and Apomorphine; but, so far as I know, the nausea is not so persistent, nor is it found in connection with so many other affections. Of course, no single symptom, however strong, would justify a prescription, if there were other symptoms just as strong in the same case.

For instance, if there were burning in the stomach, intense thirst, but could not drink, great restlessness and prostration, we would think of Arsenicum album, and it is often the best remedy to follow Ipecac., if the case goes from bad to worse.

Ipecacuanha affects the mucous lining of the respiratory organs, almost as prominently as it does that of the alimentary tract.

There is a great accumulation of mucus, which loads up the air cells and bronchi, until there seems to be great danger of suffocation. Note the symptoms:

“Violent degree of dyspnśa, with wheezing and great weight and anxiety about the prścordia.” (Antimon. tart., coarse rattling.) “Threatened suffocation from accumulation of mucus.”

This excessive accumulation of mucus in the air passages seems to excite spasm like a foreign body, and an asthma, or spasmodic cough, or both together, ensue. But the spasmodic cough and asthma do not seem to all depend upon accumulation of mucus, for Ipecacuanha is often our best remedy in the first stage of both asthma and whooping cough, before the stage when the mucus is present.

Again, “Suffocating cough, whereby the child becomes quite stiff and blue in the face.”

Infantile pneumonia. with chest loaded with mucus, rapid, wheezing respiration, surface blue, face pale, finds a very effectual remedy in Ipecacuanha. Old people with emphysema form chronic asthma are also > by Ipecac. So that we might narrow down the respiratory troubles to two conditions:

1st, Those in which excessive accumulation of mucus characterized the case.

2nd, Those in which spasm was the characteristic feature.

Of course, all the symptoms must be taken into consideration, in order to differentiate between Ipecacuanha and other remedies having the same objective states and conditions.

The control that this remedy has over hćmorrhages deserves honorable mention It has hćmorrhages from the nose, stomach, rectum, womb, lungs and bladder; from all the orifices of the body. So does Crotalus, but the blood in Ipecacuanha is bright red, not decomposed. Sulphuric acid also has hćmorrhages from all the outlets of the body, but the other attending symptoms are different. With Ipecacuanha, the hćmorrhages are active, profuse, bright red. It is a better remedy than Secale ever was or can be, for post-partum hćmorrhages, and it is not necessary to use it in large and poisonous doses, for it will stop them in the 200th potency, and is quicker in its action than Secale. Let us notice a few remedies for hćmorrhages:

Hyoscyamus. Delirium, and jerking, and twitching of muscles.

Crotalus, Elaps and Sulphuric acid. Black fluid blood, the first and last from all outlets.

Phosphorus. Profuse and persistent, even from small wounds and tumors.

Other remedies and indications might be added here, but hćmorrhage is only one symptom, and never alone furnishes a reliable indication for any remedy. But Ipecacuanha is one of the best if indicated.

Ipecacuanha is a well-known intermittent fever remedy in our school. Jahr recommends it in the beginning of all cases, unless there are special indications for some other remedy, and says “By pursuing this course I have cured many cases of fever and ague by the first prescription, thus saving myself a good deal of unnecessary seeking and comparing.” Whatever may be said in condemnation of this loose prescribing, it is certainly preferable to the inevitable Quinine prescription of the old school, and some self-styled homśopaths, for the reason that it will cure more cases than Quinine, and do infinitely less harm. Ipecac. can cure more cases than Quinine, but both can cure the case to which they are homśopathic, and that in the potentized form of the drug. We have such clear-cut indications for the use of many remedies that we need not fail once where the allopaths do twenty times, with their indiscriminate Quinine treatment.

The whole case generally revolves around one to three guiding symptoms, for instance: Ipecac. The persistent nausea in one or all stages.

Nux vomica. During heat can’t uncover in least, without chill.

Rhus tox. Cough in chill; restless and dry tongue in heat; tossing about.

These characteristics are genuine and reliable, and many more might be added if we had time and space, but they can all be found in H C Allen’s work on Fevers. They show how different the remedies, and how particular the true prescriber must be, when selecting his remedy for this, as well as other diseases. Remittents also often come under the control of this remedy.