You are here: Home › Research › Research: Homeopathy for Ear Infections

Have you ever had an ear infection? If so, you’ll know the urgency of treating the pain and inflammation as quickly as possible.

Fortunately, homeopathy has the answer – even during the dead of night. All you need is a little knowledge of the basic remedies traditionally used by homeopaths for the problem. 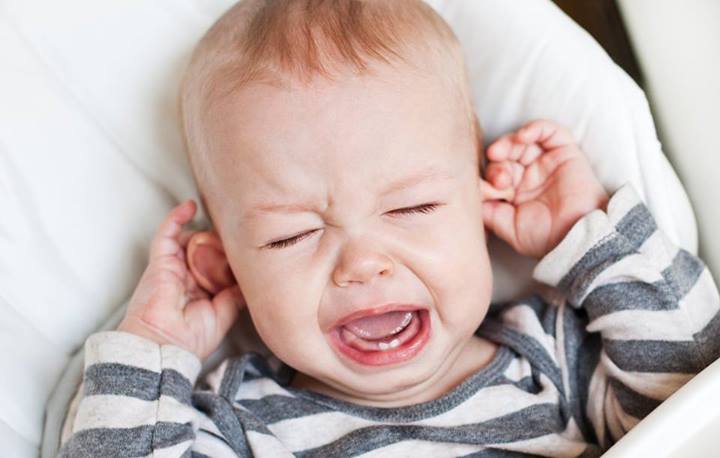 Useful in the early stages of an ear infection, especially following exposure to cold, dry air. Rapid onset of symptoms. Intense symptoms. Person is restless, thirsty, anxious and sometimes frantic. Ear sensitive to touch. Worse at night, especially between 12-2am.

Often the right ear. Sudden onset of intense pain that may shoot or throb. Bright red ear or ear canal. Glassy eyes or dilated pupils. High fever. Often with headache. May become delirious in sleep, with nightmares. Hot head with cold hands and feet. Prefers the dark. Better for sitting rather than lying. Pain worse with light, noise, cold air, or being bumped.

Earache or glue ear that follows colds. Child is usually obstinate, pale and pudgy with a large head that sweats easily, especially during sleep. Anxious on thinking about unpleasant things. Often craves eggs and sweets or is sensitive to milk.

Unbearable pain. Anger and impatience with the pain. Demand many things but push them away when offered. Can’t be pleased – nothing will satisfy. Cannot be comforted except by being carried or rocked briskly. One cheek red, the other cheek pale. Earache may occur with teething. Worse at night and for warmth.

For chronic ear infections rather than in first stage. Ear is extremely sensitive to touch of any type and cold air. May cover head or lie on affected side to keep ear warm. Pain often sharp like a splinter. Irritability or tantrums. Thick discharge from nose or ear smells like old cheese. Pain worse at night. Remedy may be needed to finish a cure started by Mercurius solubilis.

For chronic ear infections rather than the first stage. Often right sided. May be discharge of pus that will be thick, burning, and have an offensive odor. Pus usually green though sometimes yellow. Thirsty. Bad breath. Salivation. Perspiration. Tongue flabby with imprint of teeth on edges. Glands or tonsils may be swollen. Sensitive to extremes of temperature. Pain worse at night.

Clingy. Seeks sympathy, company, and reassurance. Ear pain worse at night and in a warm room, better in open air. Worse for warm applications. Little or no thirst. Changeable moods. Thick, yellowish-green, bland discharge from nose if a cold is present or from the ear in advanced stages.

Difficulty in hearing that often improves with blowing the nose, yawning, or swallowing. Discharge of blood and pus. Smelly discharge. Dried crusts within the ear canal. Itching. Children bore their finger into the ear. Head sweats during early sleep.

A note of caution on antibiotics

The pain from ear infection and inflammation often starts in the middle of the night, limiting conventional treatment options – and should you eventually obtain some antibiotics, you might be in for a disappointment. Recent research indicates they are no more effective than simply waiting for the infection to pass.[1]

Four studies showed that homeopathic remedies relieved earaches and infections, and worked faster than antibiotics. Symptoms improved rapidly, often within hours of the remedy being given and without the introduction of new problems. One of the trials also showed that children whose earaches were treated with homeopathy were less likely to have their infection return.[2] [3] [4][5]

So what can you do in the middle of the night?

With a simple range of homeopathic remedies – all found in basic homeopathic home-use kits – a lot of pain and discomfort could be avoided. Parents and carers could learn to safely treat many simple acute problems such as ear infections, even in the middle of the night – and families would get a lot more sleep.

Some of the common remedies for earaches and ear infections are listed above. A link to instructions on how often to give a homeopathic remedy has been placed at the end of the list.

If you are unsure …

If none of these remedies seem to suit you or your child’s symptoms, please see a qualified homeopath for a better-matching remedy, and if there is any indication that the problem is more than just a simple ear infection, please see a healthcare practitioner for further advice.

1.Learn how often to use homeopathy with acute problems such as an uncomplicated ear infection by reading How Often Should I take a Dose of My Remedy.

2.Read accounts of children treated at the Homeopathy Plus clinic for their ear (and other) problems.

Study: Prevention of Recurrent Respiratory Infections in Children by Homeopathy