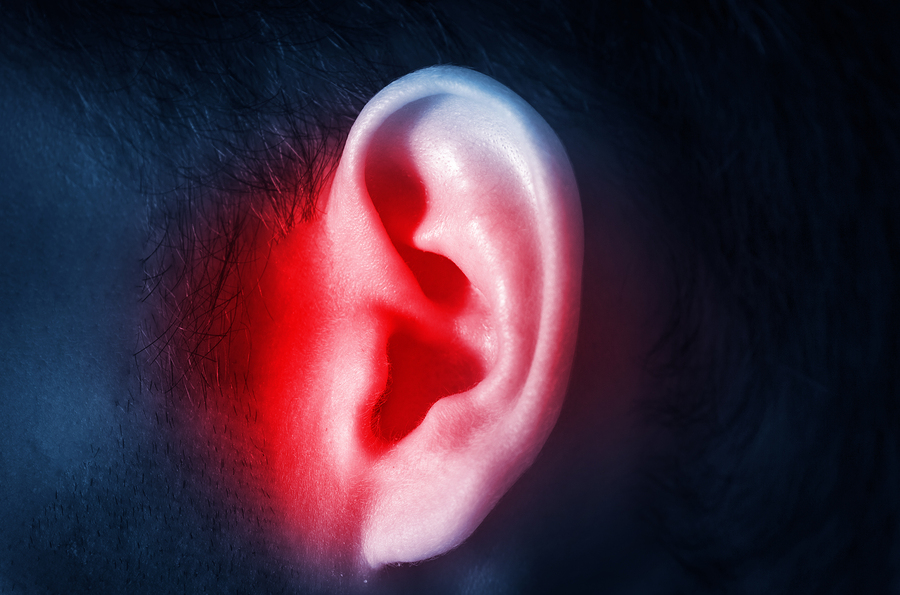 Homeopathy treats different conditions with the one remedy or, conversely, treats one condition with different remedies depending on the symptoms of the sufferers.

The cases presented in Four Problems – One Solution, show how three people and one dog, in spite of differing problems and diagnoses, each received the same homeopathic remedy.

In this article, four people with the one diagnosis of middle ear infection (otitis media) each receive a different homeopathic remedy for its treatment- and we show why.

Ben was a six-year-old boy was brought into the clinic after a night of screaming from ear pain. His right ear was bright red, his eyes “glassy”, and he had a fever. A doctor had diagnosed otitis media, a middle ear infection, and provided a script for antibiotics.

Ben’s mother said his ear infections were a regular occurrence, several times through most winters. This year she wanted to try something different because though antibiotics had relieved the infections in the past, they had always returned once the course was finished.

Ben had been angry with the pain, hitting his head with his hand, and shrieking. His mother said he had worsened when she tried to lay him down to calm him.

Ben told me that his ear was still sore but not as bad as the throbbing pain of the night before. An inspection showed a red and bulging ear-drum.

Ben was given the homeopathic remedy, Belladonna. The instructions were to repeat it as often as every two hours if needed. Ben was given two doses of the remedy before bedtime and went to sleep easily.

Later that night, he woke, distressed and in pain. His mother gave another dose of Belladonna and within ten minutes he was asleep. Ben one more dose of Belladonna the following night after which he had not further episodes of ear pain.

Belladonna is a useful remedy when symptoms are intense and accompanied by heat, redness, and throbbing pain. Complaints often arise on the right side of the body, feel better when elevated, and worsen when the person lies down. Children may hit themselves from anger or pain.

Belladonna treats a range of acute and chronic problems when the symptoms confirm its selection. Key symptoms relating to Belladonna can be read in the Know Your Remedies section of the website.

Four-year-old Ruby had been unsettled with ear pain and a low grade fever for about three days. She had become grizzly and whiney, only happy if cuddled by her mother.

On inspection, her eardrum was dull in colour and bulging rather than having a flat, healthy white sheen.

Ruby’s doctor had diagnosed a middle ear infection but was reluctant to give antibiotics. He said that ear infections usually resolved on their own and as most were caused by a virus rather than bacteria, antibiotics often didn’t help.

While true, this did not help Ruby or her mother’s current situation so she decided to try homeopathy.

Ruby’s cheeks were flushed, something her mother said was not unusual. She generally disliked warm rooms and with this ear infection, preferred to be in cooler rooms or outside in the cold air.

Ruby received a prescription of Pulsatilla, a homeopathic remedy prepared from the wind flower. Over the next two days she was given five doses during which time she became happier, was less clingy, and stopped complaining of ear pain.

Those who need Pulsatilla crave love and affection. Children want to be held and cuddled by their parents. They are affected by warm stuffy rooms, flush easily, and prefer cool, open air. Ear infections often follow colds and may be accompanied by conjunctivitis.

Pulsatilla treats a range of other acute and chronic problems when symptoms confirm its selection. Key symptoms relating to Pulsatilla can be read in the Know Your Remedies section of the website.

Eight-year-old Kurt was brought into the clinic by his mother who wanted to ‘get on top’ of his recurring infections, especially his current ear infection.

Kurt was prone to tonsillitis- several times a year. With each episode, an acute ear infection usually followed. The pain would be intense, waking him from sleep, often with a scream.

Kurt’s mother said cold winter days were the worst, especially if he could not keep his head warm.  He would travel to school with a beanie pulled over his ears and at night would sleep with the covers over his head. If an infected ear was exposed to the cold air, it could trigger intense stabbing pains.

Kurt was irritable and surly when unwell and seemed to ultra-sensitive to pain. During episodes of tonsillitis, the glands of his neck would swell and his breathe smelt of “old cheese”. Infections, whether colds, tonsillitis, ear infections or cuts, would take “forever” to resolve.

Kurt was given the homeopathic preparation of Hepar sulphuris calcareum, often abbreviated to Hepar sulph for his acute ear infection. The remedy was to be repeated every 4 hours, if needed. At the next appointment, Kurt’s mother reported that both tonsillitis and ear infection had settled within 2 days of starting the remedy.

Hepar sulph was continued for Kurt in reducing doses beyond the ear infection as it suited the chronic nature of his recurring infections. The following winter, it was reported that he had been infection-free.

Hepar sulph is a useful remedy for those troubled with easy or chronic infections. Pains are described as sharp, stabbing, or splinter-like, and discharges or breathe may have a cheesy odour. The person will be sensitive to the cold, especially around the head, and often be irritable.

Hepar sulph treats a range of acute and chronic problems when the symptoms confirm its selection. Key symptoms relating to Hepar sulph can be read in the Know Your Remedies section of the website.

Kahlia was a four-year-old girl who had been placed on the ‘grommet waiting list’. (Grommets are tiny tubes inserted through the ear-drum of children with glue-ear to help drain fluid so that the ear drum vibrates freely with sound, allowing the child to hear.)

Kahlia had a history of repeated middle ear infections which, in spite of repeated antibiotics, never fully cleared. Her infections routinely occurred after a cold. Usually there were few symptoms except for mild fevers and the occasional tugging at an ear.

Kahlia’s father was looking for a different option as he did not want her on another course of antibiotics. He described Kahlia as a placid but cautious child. She enjoyed staying at home with her mother and would entertain herself for hours as long as she could see her Mum. She was shy with strangers new situations until she felt comfortable.

Kahlia had been slower than average in achieving her milestones and had suffered from periods of eczema. She was plump in build and had a tendency to sweat around her head especially when sleeping.  She loved milk and soft boiled eggs.

At her homeopathy appointment, Kahlia was pulling her right ear from another bout of ear infection.  Her nose was running and excoriated from a cold. Her hands were cold and clammy.

Calcarea carbonica, often shortened to Calc carb, was prescribed as a potential remedy for Khalia’s symptoms. By the following day, after 2 doses, her father reported that her nose was dry and she was no longer pulling her ear.

Following this, the remedy continued to be given at weekly intervals for 3 more doses until Khalia next saw her doctor. His examination revealed her ears were clear. The day surgery for the insertion of grommets was cancelled.

Children needing Calc carb are usually shy, placid, plump and sweaty. Symptoms relating to repeated ear infections tend to be mild so that a diagnosis is often missed until hearing difficulties from glue ear develop.  These children frequently crave milk and love eggs.

Calc carb treats a range of acute and chronic problems when the symptoms confirm its selection. Key symptoms relating to Calc carb can be read in the Know Your Remedies section of the website.