You are here: Home › Case Reports › Four Problems – One Solution 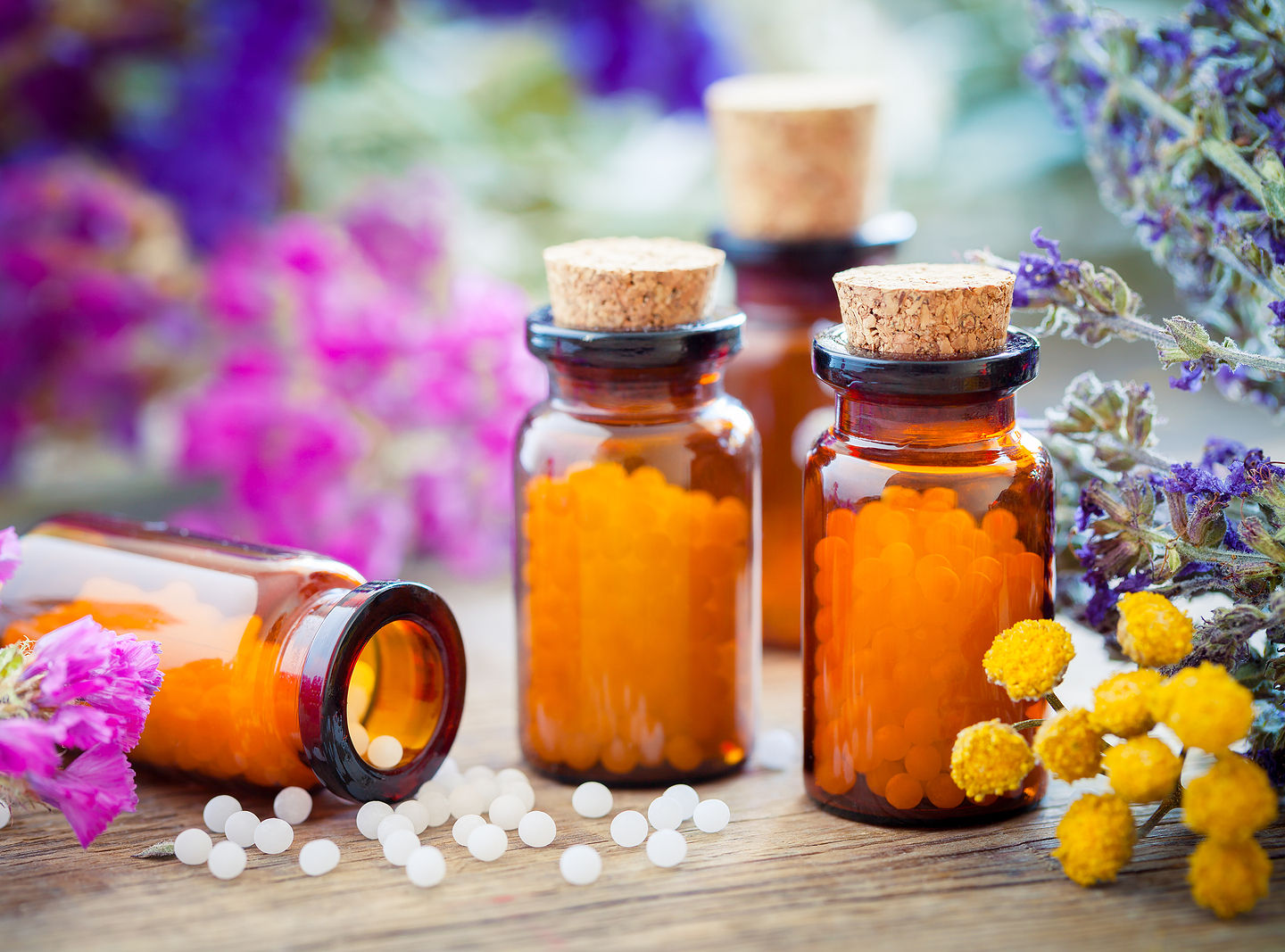 Homeopathy treats different conditions with the one remedy or, conversely, treats one condition with different remedies, depending on the symptoms of the sufferers.

The cases presented in Middle Ear Infections: One problem – 4 Remedies, show how four children, each with an ear infection, required different remedies because of their differing symptoms.

In this article, one remedy, homeopathic Sulphur, treats 4 different conditions – arthritic pains and weight gain, hot flushes and chest pain, lack of purpose and direction, and eczema – because the symptoms of those being treated fall within the Sulphur profile.

Beth was a 48 year old woman. She was tired, aching, hot and foggy. She felt barely able to drag herself through each day.

During her consult, Beth spoke of chronic arthritic problems. A chiropractor had recently told her that inn x-ray of her spine, her lumbar vertebrae were “crumbling”. Pain from this degeneration shot down both legs.

Beth had also dislocated her knee in a fall, ten years earlier. Even though the damage had been repaired with reconstructive surgery, there was no longer any cartilage in the joint and episodes of pain felt as though a red-hot poker had been thrust into it.

At the same time, electric-like pain would shoot between her spine and toes. These were always worse at night and sometimes caused her to thrash about the bed.

Cervical spondylitis – an inflammation of the vertebrae in the neck – also caused pain and stiffness. Every month or so, the spondylitis would trigger a migraine, forcing Beth to bed. At those times her face would redden and head perspire.

Beth was concerned about her weight. Since marrying in her 20’s it had progressively increased and she now weighed 93kgs. Though disinterested in food in the morning , Beth’s appetite would surge at 11am and the eating would begin. Curries and spicy foods were favourites.

Beth complained about heartburn from coffee, bloating with greasy food, belching that had an ‘eggy’ or sulphurous smell, cravings for carbohydrate, a strong smell to her urine (she likened it to that of cat’s urine) and frequent waking at night.

At the mental-emotional level, Beth said she was prone to explosive anger and had a fear of snakes.

Homeopathic Sulphur was prescribed for Beth.

Within two days her flu-like symptoms resolved and over the following months, other symptoms improved: her urine lost its pungent smell, anger lessened; and, energy increased.

Today, Beth weighs a healthy 72kg and takes an occasional dose of Sulphur (about every six weeks) when her arthritic pains return or become troublesome.

Intriguingly, Beth also had a history of being allergic to crude Sulphur – the very substance she needed in homeopathic form.

A word about Homeopathy and Weight Loss

Most of us love our food, and for some, excess weight becomes a problem. We would all like a magic bullet to get rid of it forever but in homeopathy there is just not one remedy that will do that for all. people.

Weight gain may be caused by unhealthy choices in food, or not enough exercise, but it may also be caused by an imbalance in the person’s health.

Symptoms of an imbalance include: feelings of hunger leading to overeating even when full; craving for excessive or inappropriate food types; poor or altered metabolism; hormonal swings; emotional issues leading to comfort eating; lack of motivation or depression; and reduced mobility from physical problems.

These problems do improve with good homeopathic treatment so that weight loss is more easily achieved. An appointment with a qualified homeopath produces the best results.

Margaret, a woman in her eighties, was baffled by the onset of hot flushes.

They had started with a viral infection some months earlier, and though all other signs of the virus were gone, the flushes persisted. Her face would suddenly feel hot and turn bright red for 10 – 15 minutes, several times a day.

Her doctor had been unable to find a cause, and was just as puzzled as Margaret.

Margaret also suffered from unstable angina – heart pain that would come and go at irregular intervals – and was taking a regular medication and a spray to relieve the problem.

Other symptoms included: increasing irritability; itchy skin; hot feet, especially at night in bed; difficulty in falling asleep, and a fear of spiders and heights.

Margaret strongly disliked chicken, loved salt, chocolate and lemons (she said she could, “eat lemons like oranges”), and never touched alcohol because it nauseated. To a homeopath, these food likes, dislikes and aggravations are just as important as the person’s physical symptoms and they all pointed to a particular homeopathic remedy, Sulphur.

In the weeks following a prescription of Sulphur, the intensity and frequency of Margaret’s hot flushes settled and then disappeared. She was far less irritable and her skin no longer itched. The angina also improved.

At the time of this report Margaret has not needed to use the spray for her angina in over a year. Whether the blockages in her heart are resolving will not be known without further investigations.

Case 3 – Lack of Purpose and Direction

Agir spoke of his inability to set goals. He had wandered aimlessly through life allowing things to “just happen” and while most things had been good, he was now 50 and wondered if he could have, or should have, achieved more.

He felt dissatisfied and directionless, as though the best years of his life had been wasted.

In talking to Agir I realized that he was a man of active intelligence who would best be described as philosophical rather than practical. He had started and studied many things but had not completed them. It was as if something more interesting had distracted him along the way.

Most recently, he had studied a little homeopathy and had learnt enough to know it not only treated physical problems but also mental- emotional difficulties. He was now wondering if it could help him?

Agir had a long history of blind boils and abscesses which, in spite of frequent antibiotic treatment, always recurred. His skin was hot and itchy.

Flatulence and sour smelling bowel motions were a problem. Agir’s wife, who had accompanied him to the appointment, was quick to tell how everyone in the family knew when Agir had used the bathroom because of the strong odour that would spread through the house.

When I asked about Agir’s ability to be organised and tidy she laughed and said that he was “domestically blind”. Apparently, If left to him, the house would always be untidy and the dishes never washed as his head would be buried in “some book about philosophy”.

This was a source of conflict in the marriage as Agir’s wife felt she managed the home alone even though they both worked.

Agir complained about cramps in his toes that disturbed his sleep at night. The soles of his feet would burn when in bed and if he slept on his back, nightmares were likely.

I prescribed the homeopathic remedy Sulphur for Agir as it clearly corresponded to the mental, emotional and physical symptoms he experienced.

At follow-up appointments it was clear a change had taken place. Most of Agir’s physical symptoms had resolved, and he had an improved focus on what he wanted to achieve in life.

He planned to write a book with his cousin and an extension to the family home had been started. His wife rejoiced that he more readily helped with house-cleaning.

Best for Agir, he was no longer troubled by feelings that his life was purposeless or wasted.

Many are surprised to learn that homeopathic remedies treat animals and plants as well as people.

One of the advantages of homeopathy is that an obvious disease process doesn’t have to be diagnosed by name before treatment can start – the symptoms are enough.

For this reason, remedies used by humans can also be used for animals as long as the symptoms suit. The following case in which homeopathic Sulphur was used for a Labrador dog, demonstrates this.

Betsy was a 3 year-old black Labrador. She belonged to a loving family but they were being driven crazy by her flea-bite allergy. It seemed that Betsy only had to sniff a flea to break out in a weeping, itchy rash.

Initially, the rash had occurred at the base of her tail but as time progressed it had spread further and further along her back. Betsy would go into in a frenzy trying to bite and scratch it, overbalancing into nearby furniture and people.

Betsy’s owners were doing everything they could to keep the environment flea-free but just one bite would start the cycle over again.

Several visits had been made to the Vet but in spite of expensive shampoos, tablets, lotions, sprays, and injections, the problem continued. There were also concerns about the toxic nature of some of the products.

I asked a few more questions as I watched Betsy scratching on my clinic floor. I learnt that she was a “hot” dog. In summer she would sleep on the cool tiles of the floor. Even in winter, she would prefer to lie far away from the heater.

Betsy was a friendly, clumsy dog and though most Labradors are big eaters, she was particularly ‘gutsy’. Offensive gas, strong enough to “clear a room” followed eating

Based on these symptoms, the homeopathic preparation of Sulphur was prescribed for Betsy and, for the first time in her life, was followed by an allergy-free summer. Her owners were ecstatic.

Two years later Betsy needed a repeat dose but to my knowledge, none has been needed since.

Sulphur is one of Homeopathy’s poly crests- a remedy that covers numerous diseases and as a result, is prescribed more often than many other remedies. Key symptoms for Sulphur are presented in the Know Your Remedies section of this website.