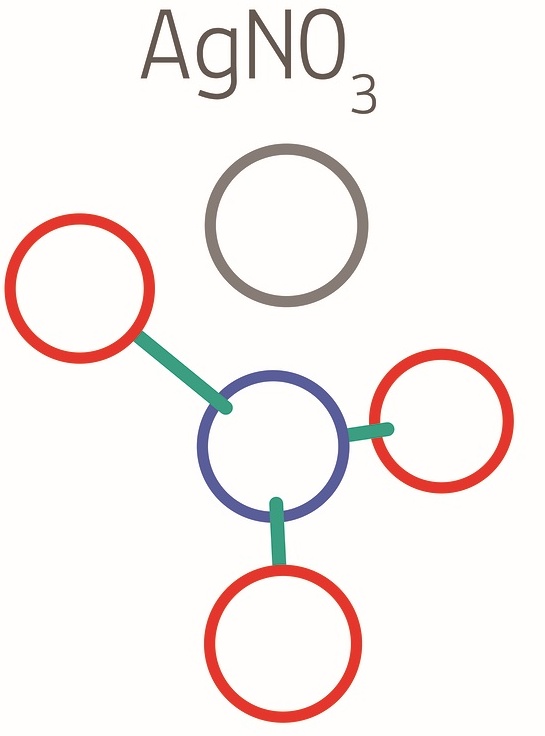 Argentum Nitricum (Arg-n.) is a remedy when emotional and gastrointestinal (digestive) symptoms dominate. The person is prone to flatulence (gassiness) with loud explosive belches or noisy diarrhoea. They are nervous, anxious and susceptible to strange thoughts which aren’t acted on, e.g. jumping from a height, throwing things at people, dropping a baby that’s being carried. Fears and anxieties may involve crowds, being alone, anticipation, running late, heights, fainting, or undertaking new things. They’re empathetic people but impulsive, suggestible, volatile, and weep or laugh easily. Those needing Arg-n overheat easily, feel worse in warm rooms, and after eating sweet things (which they may crave). They’re better for cool or open air, or washing with cool water. Pains may feel pressing or splinter-like.

Argentum Nitricum (Arg-n.) is available from our online store as a single remedy, and as part of the following Complexes (combination remedies): Anxiety; Colic; Conjunctivitis; Headache – Tension; Panic Stop.

Apprehension, on getting ready for church, opera, etc., has an attack of diarrhœa.

Vertigo, with buzzing in the ears and weakness and trembling.

Canthi, as red as blood; swollen, standing out like a lump of red flesh.

Stool; green, mucous, like chopped spinach in flakes; turns green on remaining on diaper; expelled with much spluttering.

Dried-up, withered patients, made so by disease.

Guernsey says: “We think of this remedy on seeing a withered and dried up person, made so by disease.” This especially in children. “He looks like a little withered old man.” (Fluoric acid, young people look old.) Argentum like Gold profoundly affects the mind. Like Gold it is one of the best remedies for hypochondriasis. The symptoms are so many in this trouble that we can only call attention to them as found in Guiding Symptoms. I will only mention a few more prominent and peculiar symptoms that have been frequently verified. “The sight of high houses makes him dizzy and causes him to stagger. It seemed as if the houses on both sides of the street would approach and crush him.”

“When walking in the street he dreads to pass a street corner, because the corner of the house seems to project and he is afraid he will run against it.” Impulsive, must walk very fast, always hurried. (Lilium tigrinum.) “Apprehension when ready to go to church or opera; brings on diarrhea.” (Gelsemium).

The hurried feeling of both Argentum nitricum and Lilium tigrinum have occurred mostly in uterine troubles; while the diarrhœa on excitement seems to depend upon a general nervous condition. Unless the indications pointed strongly to one in preference to the other remedy it might be well to try the vegetable first. The minerals are generally longer and deeper in their action, and would perhaps be preferable the more chronic the case.

Some of the very curious symptoms found under this and other remedies are not found in everyday practice, but when found are all the more valuable because the cases presenting them are rare and not easily understood or cured by the ordinary remedies. Some of our most brilliant cures have been made in just such cases, and they are very gratifying to both physician and patient.

Argentum nitricum is sometimes the best remedy for hemicrania; this kind of headache is often very distressing and hard to cure. One peculiar symptom belonging to Argentum nitricum in headache is a feeling of expansion, feels as though head were enormously enlarged, and like Pulsatilla and Apis, feels better when tied up tight. This feeling of expansion is also a general symptom, feels as though the whole body or part of it were expanding, some express it as a feeling of fullness. (Æsculus hipocastanum). It is found under other remedies also, but very prominently under this.

Argentum nitricum has a great deal of vertigo, which is often accompanied with buzzing in the ears, general debility and trembling. Cannot walk with the eyes closed; the sight of high houses makes him dizzy. These symptoms call to remembrance Gelsemium. Both remedies have much vertigo; great tremulous weakness, accompanied with general debility, actual trembling and tremulous sensation, and both have been found useful in locomotor ataxia. I should, other things being equal, give the preference to Gelsemium in recent cases, or in the beginning, and Argentum nitricum further along. But there are generally diagnostic indications which enable us to choose between them. In eye affections Argentum is one of our most valuable remedies, and like all remedies which are very valuable for anything has been woefully abused by the old school. It is a pity that they do not know enough to get the good and to avoid the bad effects of such valuable agents, for many times the disastrous results of their misuse brings the remedies into such disrepute that others are afraid to use them at all. It was for this reason that the old botanics rejected all mineral remedies. Mercury had so scared them. It falls to the Homœopath to teach how to use all such a way as to get the good, while avoiding the bad effects. In eye troubles Allen & Norton write as follows: “The greatest service that Argentum nitricum performs is in purulent ophthalmia. With large experience, in both hospital and private practice, we have not lost a single eye from this disease, and every one has been treated with internal remedies, most of them with Argentum nitricum of a high potency, 30th or 200th. We have witnessed the most intense chemosis, with strangulated vessels, most profuse purulent discharge, even the cornea beginning to get hazy and looking as though it would slough, subside rapidly under Argentum nitricum internally. The subjective symptoms are almost none. Their very absence, with the profuse purulent discharge, and the swollen lids from a collection of pus in the eye, or swelling of the sub-conjunctival tissue of the lids themselves, indicates the drug. (Apis; Rhus.)”, Later Norton writes: “I do believe that there is no need of cauterization with it except in the gonorrhœal form of purulent conjunctivitis.” Such testimony from such sources ought to shame the abuse of this agent in the hands of old school physicians, and sometimes bogus Homœopaths. In ophthalmia neonatorum in my own practice as a general practitioner I have had very often better success with Mercurius solubilis, especially where there was much purulent matter pouring out on opening the eyes. In blepharitis Graphites and Staphisagria have served me oftener than Argentum nitricum, but this may not be the experience of others, for in eye troubles, as in all others, the indications are to be studied and carefully recognized in their entirety. (Borax must not be forgotten in blepharitis.) Specialists are apt to lose sight of this and be led to local treatment when constitutional would be infinitely better. The symptom, “red, painful tip of the tongue, papillæ erect, prominent,” has guided to the cure of many different kinds of cases. There are also some valuable symptoms in the digestive organs; for instance, “Irresistible desire for sugar; fluids go right through him; most gastric ailments are accompanied by belching; belching after every meal, stomach as if it would burst with wind, belching difficult; finally air rushes out with great noise and violence.” All of these are characteristic, and there is no doubt that this remedy is sometimes indicated when Carbo veg., China or Lycopodium are given because they are generally so much better understood. Dyspepsia, gastralgia and even gastric ulcer have sometimes found a powerful remedy in Argentum, and it has also done great good in very obstinate cases of diarrhœa of various kinds.

“Stool expelled with much spluttering.”

“During stool emission of much noisy flatus.”

Now there are other remedies which have some of these symptoms in a marked degree, notably: Calcarea phos., which has the spluttering stool with much noisy flatus, and it is also a fact that both remedies are very valuable ones in hydrocephaloid consequent on the long-continued drain from intractable cases of entero-colitis. If the bone development should be slow with open fontanelles and sweaty head of course Calcarea phos., would win. Then in Calcarea phos. the child wishes smoked meats, bacon, etc., in Argentum nitricum sugar or sweets. Yet both have great emaciation, the child looking old and wrinkled, and it will sometimes be close individualizing to choose between them. Argentum nitricum has its place in the treatment of throat affections. There is thick, tenacious mucus in the throat obliging him to hawk and causing slight hoarseness. Rawness, soreness, scraping in throat, causing hawking and cough. Sensation as of a splinter lodged in the throat (Nitric ac., Hepar sulph., Dolichos). and wartlike excrescences, which feel like pointed bodies when swallowing. This kind of throat may extend downward until it involves the larynx, especially in singers, clergymen, or lawyers who are using their voice very much. Then it is doubly indicated. When we come to the back and extremities we again find our remedy in the field for a share of the honors. “Pain in the back (small of) relieve when standing or walking, but severe when rising from a seat,” is a condition often found in practice. I have often relieved it with Sulphur or Causticum, but remember also Argentum nitricum. If in back troubles we find great lassitude (Kali carbonicum), with weariness, especially in forearms and lower legs, especially calves, or if in addition to this we find vertigo and trembling of the extremities, we may be sure Argentum nitricum will do us good. In paraplegia from debilitating causes or paralysis after diphtheria we may find this remedy indicated. Also in epilepsy or convulsions; in the former (epilepsy) one characteristic symptom is that for hours or days before the attack the pupils are dilated; in the latter the convulsions are preceded for a short time by great restlessness.

Cuprum metallicum has great restlessness between the attacks. Finally Natrum muriaticum is the best antidote for the abuse of Argentum nit., especially upon mucous surfaces.