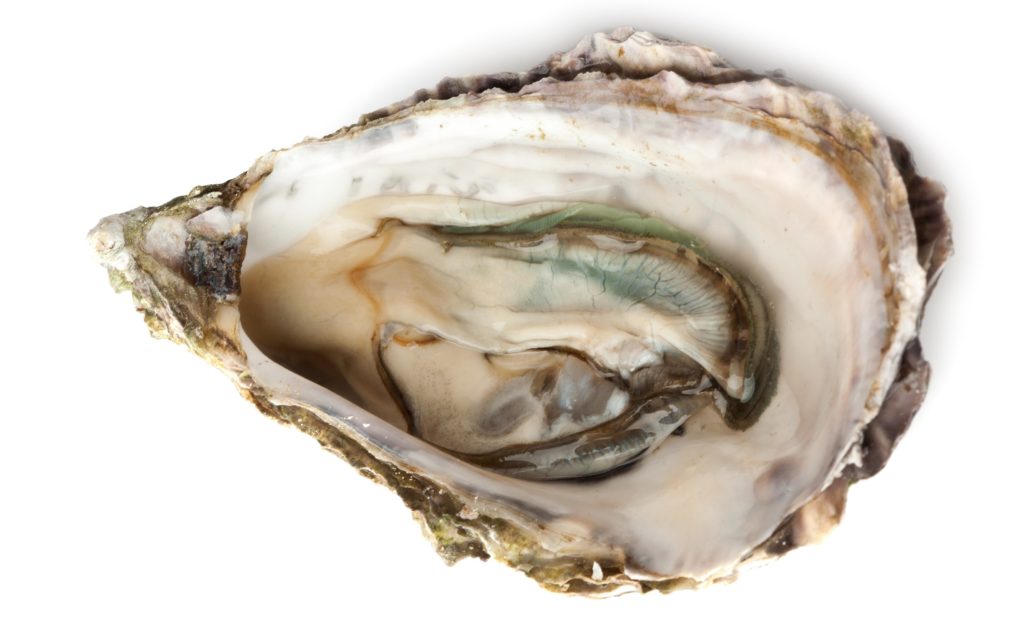 Calcarea Carbonica (Calc.) is prepared from the middle calcium layer of the oyster shell. It treats a wide range of symptoms. Those needing Calc. are usually responsible, dependable people who are prone to feeling overwhelmed. They may be large in build, have a strong appetite, gain weight easily and become flabby. They also have poor stamina and experience shortness of breath on exertion when climbing stairs or hills. A craving for eggs, sweets or indigestible things such as dirt or charcoal (especially in children) is common. In spite of chilliness they may sweat around the head and neck or have cold, clammy hands and feet. They are inclined to anxiety and over-cautiousness, and dislike change.

Coldness, general and local, subjective and objective, especially as if had on cold, damp stockings. Affections from working in cold water.

This is another of Hahnemann’s constitutional remedies which, as Farrington says, “may come into use, in almost any form of disease.” We may say come into use because it may be on account of certain idiosyncrasies. which come under the remedial power of Calcarea that the disease, whatever it is, is made less amenable to ordinary treatment.

The temperament of Calcarea is altogether different from that of Sulphur. You remember the lean stoop-shouldered Sulphur subject. Calcarea is on the contrary what cannot be better expressed than in the term used by Henry N. Guernsey viz.; Leocophlegmatic temperament.

The Calcarea patient is constitutionally fat, over-fat or strongly inclined to obesity. The color of the skin is white, watery or chalky pale. Of torpid disposition (especially children), sluggish or slow in its movements. The Sulphur is almost the exact opposite, quick, wiry, nervous, active. There is none of the bilious, swarthy, yellowish appearance in Calcarea that we find in Lycopodium. These three remedies Calcarea, Sulphur, Lycopodium are a trio that find each their counterpart in many persons the world over. Of course we find the tendency to obesity under other remedies, as for instance, under Graphites, but with this obesity we almost always find accompanying it the peculiar skin troubles of Graphites. Sometimes we seem to find a condition that seems to simulate each remedy in some one feature; for instance, the obesic temperament of Calcarea and the eruptive tendency of Sulphur. This may combine so as to make a case that will be covered by Hepar sulph. Such cases are more difficult to cover with a perfect simillimum. But when we do find a purely Calcarea, Sulphur or Lycopodium subject the fact is inestimable as a help to a brilliant result in many cases.

Malnutrition is one of the disorders calling for the exhibition of this remedy.

“Tardy development of the bony tissues with lymphatic enlargements.”

“Curvature of the bones, especially spine and long bones.”

“Softening of the bones; fontanelles remain open too long and skull very large.”

These symptoms are quoted from “Hering’s Guiding Symptoms,” and show the lack of, or imperfect, nutrition of bones. They are nourished irregularly, or unevenly. One part of a bone, the vertebrćs for instance, is nourished while the other is starved. While all this irregular bone development is going on the soft parts are suffering from over-nutrition. Thus we have recorded in the pathogenesis: “Tendency to obesity especially in children and young people.”

This is a fair picture of the general or constitutional use of Calcarea ost., and it remains to give some of the characteristic or peculiar symptoms guiding to its selection.

When writing of Sulphur we called particular attention to the sensation of burning under that remedy. Calcarea has characteristically the opposite, viz., Coldness (Cistus.).

“Sensation in feet and legs as if she had on cold, damp stockings.”

“Coldness of legs with night-sweats.”

“Internal and external sensation of coldness of various parts of head as if a piece of ice were lying, against it; with pale puffed face.”

“She feels a sort of inward coldness.”

“Aversion to open air, the least cold air goes right through her.”

All this is so directly opposite to Sulphur that any confusion between them seems impossible.

Sensations of coldness in single parts should always call to mind Calcarea, as well as general coldness. (Cistus and Heloderma.)

If Calcarea has one symptom that not only leads all the rest, but also all other remedies, it is found in the profuse sweats on head of large-headed, open fontanelled children. The sweat is so profuse that during sleep it rolls down the head and face wetting the pillow far around. Many a little child has been saved from dying of hydrocephalus, dentition, rachitis, marasmus, eclampsia, cholera infantum, etc., where this sweating symptom was the guiding symptom to the use of Calcarea. It is also especially indicated, other symptoms agreeing, in sweats of male organs, nape of neck, chest, axilla, hands, knees, feet, etc. Partial sweats. It is also a remedy for night sweats generally when they occur in connection with consumption or other debilitating diseases.

In all these sweatings of Calcarea the surface is characteristically cold at the same time, and especially would we find the lower extremities cold.

Calcarea has characteristic symptoms in the digestive tract. One is that everything in the whole length of the tract seems soor. Eructations sour; sour vomiting of large curds (Ćthusa); sour diarrhśa. And then there is a sour smell of the whole body. This is not like the offensive odor of the body that Sulphur has.

Then there is a peculiar symptom of the appetite that has often been verified -“Longing for eggs, particularly in children in sickness or during convalescence, even before they are able to swallow. The stomach externally is swollen or seems distended, standing right out like an inverted saucer. Abdomen is also much distended from hard and swollen mesentery, even when the rest of the body is emaciated.”

The diarrhśa, which may vary as to color and consistence, instead of being aggravated in the morning, like Sulphur, is worse in the afternoon. The patient is generally better when constipated.

Calcarea has not so positive and unvarying action upon the skin as Sulphur, but is indispensable in skin affections which seem to depend upon some constitutional dyscrasia that it covers in its general action, for instance, in eczema capitis or milk crusts. in children of the Calcarea type. Here, of course, no remedy can take its place. Indeed all skin troubles in Calcarea subjects disappear when through its action the system is set right, showing that the skin troubles after all were only secondary. The skin of the Calcarea subject is generally cold, soft and flabby.

We must not omit to notice the action of Calcarea ost. on the respiratory organs, for the reason that it is of great importance in its use in that dread disease, pulmonary consumption. Whether, as Professor Bennet believes, this disease be essentially one of faulty nutrition or as Virchow believes, one of inflammation, or if Professor Rindflesch’s theory relegating it to the class of diseases known as infections, be true, or whatever its primary cause may be, we know that Calcarea ost. is one of the most effective agents, if indicated by the temperament and symptoms, in the cure of this malady, and if applied at a stage when a cure is at all possible.

Very many cases in the incipient stage come within range of Sulphur or Calcarea. As we have already given the leading indications of Sulphur, we will now give some of them for Calcarea:

“Chest painfully sensitive to touch and on inspiration.”

“Shortness of breath on walking, especially on ascending.”

“Painless hoarseness, < in the morning.”

“Especially in women who have always been too early and profuse in menstruation, and who have habitually cold feet to the knees.”

“Tendency to looseness of the bowels, < afternoons.”

Here are a few of the prominent indications, and on them many a case has been cured. Of course this is generally cough, and it may be tight or loose, yet the case rests mainly on the symptoms outside the cough. This remedy in this disease and the success attending its use is one of the illustrations of the soundness of Hering’s advice when he says “treat the patient, not the disease.”