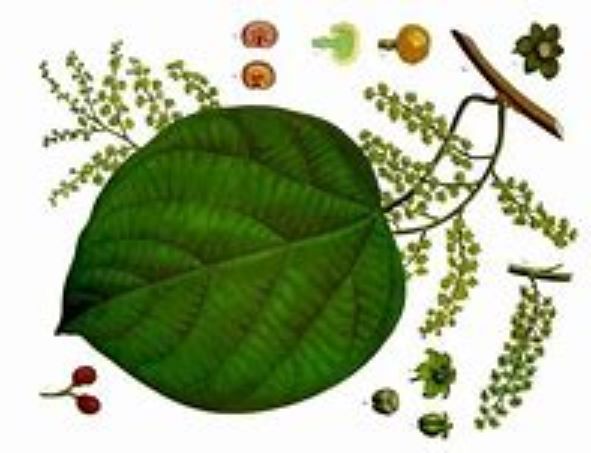 Cocculus Indicus (Cocc.) is a key remedy for motion sickness or complaints following lack of sleep, especially lack of sleep from caring for others. These complaints usually revolve around, dullness or confusion, dizziness, slowness, nausea, headaches, and weakness. Those needing
Cocculus are often empathic, sensitive, serious, and tend to be quiet individuals.

Weakness of cervical muscles, can hardly hold the head up.

Weakness in small of back as if paralyzed; gives out when walking; can hardly stand, walk or talk.

Hands and feet get numb; asleep.

Headache with nausea and vomiting; gets faint and sick on rising up or riding in carriage or boat.

Farrington says: “Cocculus acts on the cerebro-spinal system, producing great debility of these organs. It causes a paralytic weakness of the spine, and especially of its motor nerves; thus we find it a certain and frequent remedy in paralysis originating in disease of the spinal cord.

There is weakness of the legs, and by the legs I mean the entire lower extremities; the knees give out when walking, the soles of the feet feel as if they were asleep, the thighs ache as if they were pounded; first one hand goes to sleep, then the other; sometimes the whole arm goes to sleep and the hand feels as if swollen. These symptoms lie at the foundation of the symptomatology of the whole drug; they all seem to depend upon spinal weakness.”

Dunham says: “Its sphere of action is preeminently the system of animal life; the voluntary muscular system first, and then the sensorium are the primary seats of action. Nausea extending to the point of vomiting and accompanied by faintness and by severe vertigo when lifting the head is a characteristic symptom.”

Hughes says: “It influences the voluntary muscles rather than the intellectual powers; with this Hahnemann’s provings entirely agree.”

Pareira says: “It acts rather on the voluntary muscles than the intellectual powers.”

We have given these quotations from different authors in order to find whether they afforded us much help from a practical standpoint. Dr. Hughes says the provings of Hahnemann corroborate these generalizations. We quote from the provings:

“Weakness of the cervical muscles with heaviness of the head, muscles seem unable to support the head.” (Calc. phos, Verat. alb.). “Paralytic pain in the small of the back, with spasmodic drawing across the hips, which prevents walking.” “His knees sink down from weakness, he totters while walking and threatens to fall to one side.”

“At one time his feet are asleep, at another the hands.” “The hand trembles while eating, and the more the higher it is raised.” “Now one hand, now the other, seems insensible and asleep.” The soles of the feet go to sleep, while sitting.” “General attacks of paralytic weakness, with pain in the back.”

All these are verified symptoms from Allen’s Encyclopædia of Pure Materia Medica. They are in the simplest terms, and while they do agree with the statements of the above quoted learned men, acting upon the spine and motor muscles, could be applied to the cure of the sick according to the directions of Hahnemann by any layman of ordinary intelligence.

Thus is the practice of curative medicine simplified, being delivered from speculative theorizings of dreamers, and if it will cure the sick in the case of a Cocculus patient, it will by the same unerring law of “symptom covering” do it in every curable case.

We might sum up the whole action of this remedy upon the nervous system in one word, viz., prostration, but what does that amount to for purposes of prescribing.

Many remedies prostrate fearfully, but each one has its peculiar kind of prostration, and when men, like I heard a celebrated surgeon in a homœopathic college do, make their boast that they prescribed on physiological ground, without any regard to symptomatology, I can but feel that such know little or nothing of the art of homœopathic prescribing, no matter what their other attainments.

According to Hahnemann’s teachings symptomatology leads in scientific prescribing, no matter what the pathological condition.

Aside from the symptoms which attend the general prostration and spinal trouble, or coupled with them, we have the following which are characteristic. “Confusion or stupefaction of the head, increased by eating and drinking.” “Vertigo, as if intoxicated and confusion of the mind.” “Whirling vertigo on rising up in bed; which compelled him to lie down again.” “Sick headache with nausea and inclination to vomit.” “All these symptoms are made particularly worse by riding in carriage or boat.” Sea-sickness. (Sea-sickness > on deck in fresh cold air.) (Tabac.).

The headaches and vertigo of Cocculus are different from Bryonia, notwithstanding the fact that both are made worse by rising up in bed. In Bryonia and some other remedies the sickness at the stomach precedes the headache which in Cocculus is exactly the reverse. Painful sensation of weakness or emptiness in the head is found under Cocculus and is in keeping with the general weakness.

This sensation of emptiness, which is another name for weakness, is a general characteristic of Cocculus, and is found in head, abdomen, bowels, chest, heart, stomach; in short, in all internal parts.

The nausea of Cocculus, which is so constant a symptom of the headaches, is something like that which is so characteristic of Colchicum, viz.: “Extreme aversion to food, caused even by the smell of food, although with hunger.” With Colchicum there is more pronounced nausea, as well as aversion. The patient is nauseated even to faintness. There is with Cocculus a metallic taste in the mouth.

The sensorium comes under the same profound depression that invades the general nervous system. The patient is sad, absorbed within himself, brooding, moody, silent, sits in a corner buried in sad thoughts, etc. This is particularly the case in nervous fevers. Depression, depression, depression. Cocculus has some very important symptoms in the abdominal and uterine regions.

One is great distention of the abdomen. This is found in both flatulent colic and dysmenorrhœa. In flatulent colic, for which it is so valuable a remedy, the patient complains of a sensation as if the abdomen were full of sharp sticks or stones. The attacks are often at mid-night. The flatus seems here and there, and passage of it does not seem to relieve much, for new forms again take its place.

Then again there seems to be great pressure in the inguinal region as if hernia would occur.

In dysmenorrhœa, in addition to the distention, there are griping, cramping pains, which are very severe, and also a remarkable degree of weakness. She is so weak that she can hardly stand, walk or talk. This is very characteristic and, so far as weakness goes, resembles Carbo animalis, but in Cocculus it is in line with the general prostration of the remedy, while in Carbo animalis the flow weakens her. In Cocculus the flow may not be at all excessive, but on the contrary may grow less and less and a leucorrhœa appear in its stead, or even between the menses also. This is the way we have to differentiate between remedies if we are successful in practice.

Now, if I were to give the four great characteristic symptoms of this remedy they would be these:

1. Weakness of cervical muscles, with heaviness of head.

2. Affections caused or < by riding in cars, carriage or boat.

3. Sensation of weakness, or hollowness in various organs.