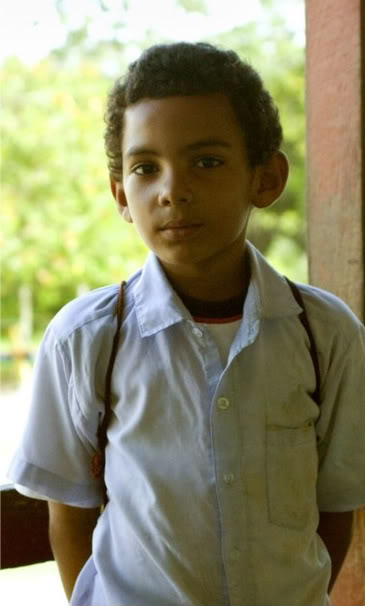 My son, Brady, was diagnosed at two years of age as being on the Autism Spectrum.

At the time he was quite severe and, as a first time mum, even I knew something was very wrong.

Every morning Brady would wake by having a full-blown tantrum. I’m not talking a normal two-year-old tantrum but a 20-30 minute screaming and head-banging session. Most of the time I cleared a space on the lounge room floor, put a familiar video on and left him to it. Eventually he’d calm down, only to have another one several minutes later. There was never any “obvious” trigger as to what he was tantrumming about.

Every day was a living nightmare as we couldn’t go anywhere or do anything even remotely normal. Even a five minute drive in the car to get out of the house would be a drama.

He spent his days pacing up and down the fence-line or hallway, gazing into space, tantrumming on the floor and screaming.  I lived in fear of the neighbours calling Child Welfare that there was a child being abused in my house because of all the screaming and crying he did.

Friends stopped dropping by as they were puzzled by Brady’s behaviour and unsure how to react when he was having one of his tantrums.  He never played with their children anyway and didn’t care either way.

After many hours of research, reading and searching the internet, I decided to try dietary intervention. Removing gluten and casein from Brady’s diet made a tremendous difference. Bit by bit we saw improvements starting with words “re-appearing”, increased eye contact, less tantrumming and eventually showing an interest in his surroundings and toys that he had completely ignored since about fifteen months old. He also had had extreme tactile and sensory issues which slowly got better after trying dietary intervention.

He started playgroup at a Special Education Unit and hated every minute of it. He hated it even more when he started classes and I had to leave him screaming at the door. It was to be a few years later when Brady was about four years old and had started at Kindy (with a support aide) that I had mentioned to a friend about Brady’s extreme separation anxiety. This friend suggested homeopathy and I immediately contacted Fran for an appointment.

That was approximately two years ago, and we have not looked back. Brady’s issues with separation anxiety disappeared almost immediately after starting his first remedy. Fran began to work on other issues we were having like behaviour, obsessiveness, control issues, concentration and many others. It was amazing to see how effective these remedies were and still are. These days it’s more like fine tuning.

This year, Brady attended prep at a new school, with a new teacher, all new surroundings and not knowing a single child in his class. We have not had one single issue with anxiety, separation or otherwise. He has amazed everyone by how well he has adapted to his new surroundings. He absolutely LOVES performing at school in class concerts, fetes, parades and the like. He is the only child in his class who has not had to take days off school due to illness. I believe homeopathy keeps his immune system in peak condition as well as helping with any other issues.

Every day I hear complaints from friends and other mums about their children’s issues and I love to talk about how much homeopathy has helped us. I’d try homeopathy first before I resorted to anything else and am so glad I never resorted to drugs like Ritalin, etc. I cannot remember the last time Brady had to see the doctor to get antibiotics.

The child we have now is a completely different child to the one diagnosed at two. If he was to be re-assessed, I doubt he would be classified as having autism spectrum disorder. These days he is a happy, confident, friendly little boy who loves school and seeing his friends.

We still have issues to work on, as many kids do whether they are on the spectrum or not, but I have every faith in the effectiveness of homeopathy and only wish I had discovered its benefits sooner.  We owe our lives to homeopathy and cannot thank our homeopath enough for her continual support, patience and caring attitude.

Many children suffering from autism have significant digestive problems that improve once gluten and casein is removed from their diet, and this is exactly what Brady’s mum did. When I first saw him, his chronic diarrhoea, gut infections, severe eczema and tantrums were already much improved and he was showing more interest in interacting with those around him. Even so, his mum said that he would still ‘sweat in an igloo’, become distressed when she had to leave him, and constantly rub his itchy eyes. Following his first prescription, Brady started to make gains on top of what had already been achieved by the dietary changes. His eyes no longer itched, the extreme anxiety lessened, the sweating disappeared, and his ability to focus on instructions and activities improved enormously.

Over the last two years Brady has continued to improve with each new prescription; the correct homeopathic remedy has gently eased him closer to better health each time troublesome symptoms emerged. He has overcome: obsessions with toys, objects, and other children; defiance and bossiness; stuttering; aggression; lack of confidence; assorted anxieties and fears; and the normal coughs, colds and tummy bugs that most growing children experience.

While Brady still needs further treatment, he is a very different little boy to when he first started with homeopathy. Few autistic traits remain but he is gradually coping with a larger range of foods as the dietary intolerances settle. After such a rocky start in life, Brady’s future looks bright.

AUTISM: What Difference Does Homeopathy Make?