You are here: Home › Case Reports › What’s a ‘Bryonia Flu’ Like? 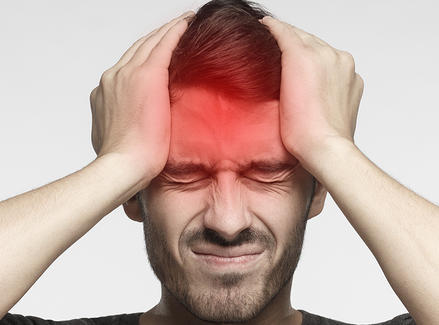 Two days ago, he had developed a sore throat and runny nose. Initially he had been hopeful it may have been a passing cold but one by one, the symptoms of flu appeared.

Now, he had a severe headache and was wet with perspiration from his fever. Everything hurt and from time to time chills would run along the right side of his body. Whenever he moved, the aches and pains worsened – even breathing hurt.

For the most part Russell just wanted to lie still in bed. His wife said that he was extremely irritable. Whenever she went to check on him, he would grunt or snap at her to leave him alone.

Russell also complained of being very thirsty. Every so often, he would swallow large glasses of water to relieve the dryness in his mouth.

Russell was prescribed homeopathic Bryonia. Unlike Angie’s flu, Russell’s symptoms had developed slowly over a few days. This feature, along with other aspects, indicated that Russell needed a different remedy to Angie and that his return to health would be more gradual.

Within two hours of taking a dose, Russell was starting to feel a little better. By six hours, his fever had reduced and he was able to move around without ‘everything hurting’.

By the following morning and three doses later, Russell declared himself 80% better. The following day, all symptoms had resolved and Russell was able to return to work.

Symptoms that Respond to Bryonia alba

A Bryonia type flu has the following symptoms:

For this reason, most homeopaths still prefer to treat the flu from a larger range of homeopathics as a homeopathic remedy that closely matches the symptoms of the individual sufferer often produces a better result regardless of age or time.

This approach was certainly seen with Russell’s ‘Bryonia flu’. It’s also demonstrated in three other types of flu cases in the links below.