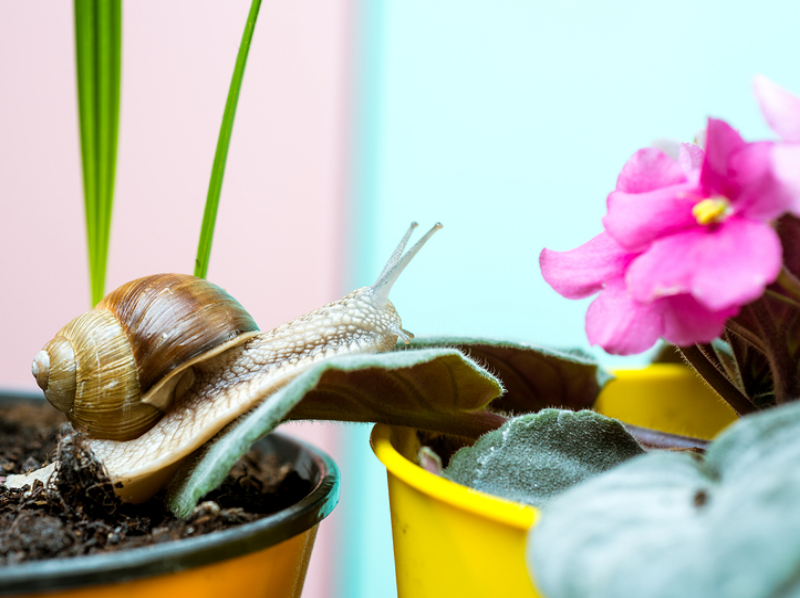 Some years back we were made aware of a remedy that had a reputation of being a snail deterrent. That remedy was Helix tosta. Curious, we tested it ourselves and after a promising result, conducted a small survey with those also keen to try it. Below are the the results.

Question 1: Approximately how long ago did you apply the Helix tosta remedy?

It kept snails at bay for a few weeks. I spray every couple of weeks

Had very good results. No snails or slugs at all & even the Caterpillers seem to be staying at bay. I am thrilled!

It was effective! Didn’t see a snail for quite some time. We have had very big rains, but the amount of snails is miniscule now.

After first using for 2 days plants were still being eaten, but I found a big slug so maybe that was the problem

Just wanted to wait until we got a break in the weather and planted out some new seedling. We have had HEAPS more rain since then which usually leaves everything decimated by slugs (we have no snails here) but after applying the Helix Toasta nothing has been touched!

I haven’t seen a snail since

I sprayed it not only on the plants surrounding our water tank pump (a notorious gathering place for snails and slugs both on the pump and in the hard plastic cover box that goes over it,) but on the pump and pump cover, and block of concrete it stands on. The other place was around my comfrey plants which were always being eaten by the snails, and on some heat distressed zucchini seedlings which had evidence of snail tracks on soil nearby, but no leaf nibbles.

My plants were being eaten mainly by slugs & catterpillers, especially the baby Spinach

Question 2: How did you apply the Helix tosta?

I also sprayed it onto the mulch around the vegetables and onto the side walls of the sleeper beds because I had seen literaly hundreds of slugs there.

It needed more than one application before it began to work. Or I may not have used enough the first times

One pillule in water in a spray trigger bottle, as directed. Used immediately until empty.

Also sprayed it around the edges where grass meets rockery as there were quite a few snails there, after rain.

Last week I have sprayed it onto a weeping violet & begonia that was being eaten by catterpillars, so we will have to wait & see on that one.

I also sprayed it around the base, but not a heavy water.

Question 3: What was the result?

Plants with large leaves were not eaten by snails but small seedlings were.

Haven’t seen any snails since, and lettuce is now thriving which is often a victim to snails, but cabbage has been decimated (most probably caterpillars?) so I think that the snail problem has improved, but short of staying up all night and watching (no thanks!) it’s really hard to tell if the Helix tosta has been effective in its own right. But I’d like to think so!

I haven’t seen any snails, around at the moment, but it is quite dry.

As I have seen a snail and a slug on lettuces I cannot say it has been 100%, however I am stunned that there are almost no snails or slugs compared to before. Some plants like eggplants and capsicums are being munched. however I suspect caterpillars.

Not eaten by snails, but the slugs are still there. I have not seen a snail though I did remove them at night while I was applying the Helix tosta

I have had not one snail in two weeks near the pump or its cover. There was one snail i spotted about 1 metre away, it was travelling very slowly, and the next day I noticed it in the same spot being eaten by an ant swarm. No snails sighted on the comfrey at all, or in vicinity. My zucchini plants not only have no snails near them, but appear to have taken off in growth after application? This has all been achieved with one application. I like this product and will be using it further in my garden. The soil under my gum tree was hydrophobic and grass non-existant (think due to the waxy coating on gum leaves, nuts and drawing roots) using the exoskeleton dissolving principle of helix tosta i sprayed it on the soil to test (what have i got to lose-it might dissolve the waxy stuff? Results not noticeable yet.) Got anything for beetles and cylids? I’m making a spray at present from two beetles caught in my birdbath overnight! Eeew! But they are so destructive to my lawn and some trees.

I have found slugs on the tomato plants and think they are more prevalent than snails in this garden…. will report back to you if i find it to be a FANTASTIC repellant of snails!!!!

I am finding dead snails along the rockery border, but not in the plants.

I still see a lot of snail trails around. Could be slugs?

I am sure it’s just the catterpillars now

Snails are not a big problem where I live. We get the odd one but I used the remedy anyway to see if it would repel other creepy crawly things! It has only been a week so I don’t really think results would be accurate. I haven’t had much bother from pests since it has been used. Hopefully this is a result of helix tosta, we will wait and see.

OK, I haven’t seen directly anything, since I haven’t looked outside at night for a while, but the situation on my organic silverbeet didn’t change. The snails/slugs ate it up continuously. I decided to leave it & not tried to interfere to see what would happen, but they destroyed all of the plants down to the ground. They weren’t too small either. With the other plants, the cucumber seems to have stopped being eaten & the kale has still been eaten a little, but not at the rate that it was before I used Helix tosta. Maybe it has something to do with the shape of the leaf & the absorption of the liquid? All the plants were organic.

Have not had time to see results yet.

In one patch I had a variety of things including marigolds, after about 3 weeks something nibbled a little of the marigold leaves but didn’t touch anything else also had a number of pots of basil sprayed all but one the one that was not sprayed no longer exists the others you can find snails sitting on outside of the pots but basil is going strong.

The plants have been eaten, but nowhere near what happened before using it.

Question 4: How would you rate Helix tosta as a snail repellent remedy?

The treatment with Helix tosta did not work in our garden well. Large plants survived snails attack after rain but small seedlings were eaten by snails almost to the ground level.

Couldn’t believe the results – when leaves on a capsicum had previously been chewed to only half original size, sprayed with Helix and now there are no signs of chewing by anything! Also gave some to friends who now very excitedly informed me they are able to pick enough strawberries for a meal!! Previously they were getting none (over about 4 week period) Great!!

Sprayed on new passionfruit vine. Since I have sprayed my plant has grown considerably well as previously was being eaten by snails. I do believe that the eaten leaves now are probably by some unknown pest. Having dug that part of my garden today I also noted a lot of snail shells. Will definitely keep using.

I noticed the Helix tosta lasted a few months (I think, from a sketchy memory). After this time I saw a hoard of snails and snail poo over my rhubarb and resprayed the leaves and around the base of the plant. There are no more snails on the plant.

Fantastic – I love it – I am about to continue to water more of my veges. What else do you have in the gardening section – I am an (domestic) organic grower.

This is a fascinatingly effective treatment to repel snails and slugs and has been well worth applying.

I have not had to reapply despite HEAVY rain periods since I sprayed it. Well done, you appear to have solved a problem for me. Now if you could solve the rest I’d appreciate it (he he.) Love the Homeopathy for the Garden book I purchased from you. Thanks for the free helix tosta sample.

Maybe I need to try again.

Good for snails & slugs at this stage, but I would like another month before I decide for sure

I am keen to keep on trying it & will keep on trying to have success. I want this to work & am thrilled at the thought of a homepathic snail replellant. When I get around to doing it again soon, I’ll let you know how it goes.

Hoping for results and time to continue using product.

Please make something for earwigs