You are here: Home › Therapeutics › Radiation Sickness and Poisoning: Guidelines for Homeopathic Treatment and Prevention 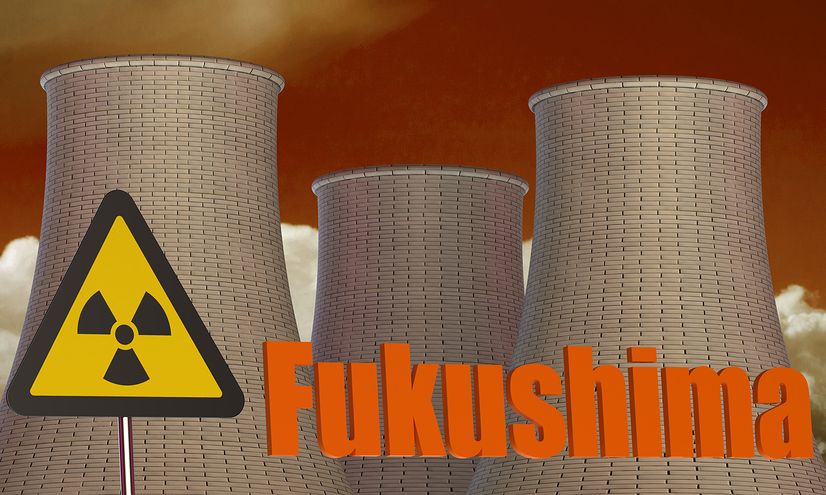 In 2011, Japan was rocked by an earthquake and subsequent tsunami that damaged its Fukushima nuclear power plants. The world watched in horror as Japanese officials struggled to contain the radiation leaks and prevent a meltdown of the triple radioactive cores. They were only partially successful – the cores did melt and disappeared deep within the earth. Their current location now unknown but it is believed they are still emitting radiation.

The concern is that radioactive material is spreading further afield and slowly contaminating neighbouring islands and countries via sea and air currents.

The whole of homeopathic prescribing is based on the principle that a substance treats or prevents symptoms that are similiar to those it produces. (See Tutorial 1: The Law of Similars) .

For this reason, homeopaths and homeopathic organisations have been releasing statements since the beginning of the crisis, listing remedies that may be helpful.

At Homeopathy Plus, we have confined our suggestions to those remedies whose effects are also supported by research and/or confirmed with clinical successes as reported by doctors and physicians dealing with radiation exposure during the Great World Wars. (References regarding research and clinical usage of these remedies can be found in links at the bottom of this Alert.)

Those remedies include the following:

There are several ways of obtaining remedies. At a time of emergency, most homeopaths will be able to supply them to you and many natural health stores or pharmacies also carry a limited range of homeopathics. In some countries, homeopathic pharmacies supply direct to the public. Of the above remedies, Phosphorus is the most well-known remedy and likely to be the easiest to obtain.

Protection: Any one of the above remedies may be used along with other precautionary measures if under threat of radiation exposure. Take a dose of a 30C potency, three times a day.

Do not exceed 6 doses without guidance from your homeopath who will help you to adjust the frequency of dose according to the risk of exposure and your sensitivity to the remedy.

Treatment: If radiation sickness has developed, your homeopath is the best person to advise on homeopathic treatment – remedies, dosages and potencies – as these will depend on the symptoms you are experiencing and their severity.

Do be aware that a larger range of remedies may be referred to for treatment as idiosyncratic reactions of the sufferer are taken into account for best results. This is not the case with symptom prevention, however, where only the characteristic symptoms of that disease (rather than of the person) have to be matched, requiring a smaller group of remedies.

If you are unable to contact a homeopath, the following three links have information to guide you on when and how to dose.

How Often Should I Take a Dose of My Remedy?

What to Expect (Part A)

What to Expect (Part B)

The following articles were written for the treatment and prevention of radiotherapy and chemotherapy side-effects but the information and references they contain are just as useful for accidental radiation exposure and the current threat.

Homeopathy for Radiation and Chemotherapy Side-Effects

Two other useful articles that discuss more disaster and emergency remedies are:

First Response Homeopathy: Remedies to Use in a Disaster (Part 1)

First Response Homeopathy: Remedies to Use in a Disaster (Part 2)

Homeopathy for Pharmacists and Chemists